More than 60 neglected dogs up for adoption in Charlotte

The dogs were found living in substandard conditions inside a shack that’s floor was covered in feces, urine, and mud. 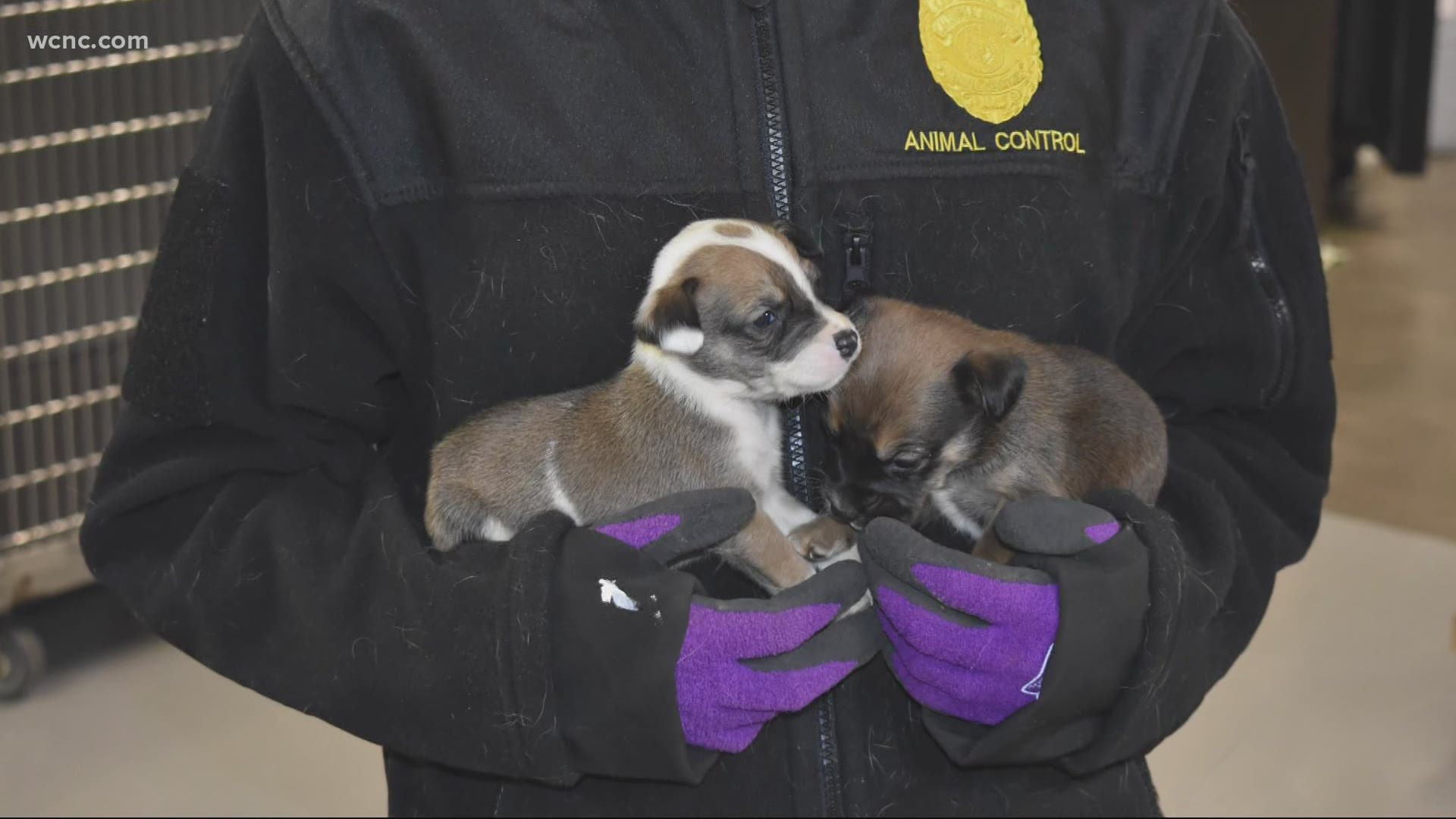 CHARLOTTE, N.C. — More than 60 neglected dogs, as well as livestock and other animals, were rescued from a property in Lenoir, N.C.

According to the ASPCA, dogs of varying breeds, sizes and ages, including newborn puppies, were found living in substandard conditions inside a shack that’s floor was covered in feces, urine, and mud, while livestock and poultry were found living among piles of trash. When the animals were fed, it was out of a trough, forcing them to compete for food.

ASPCA subject matter experts were on the ground to provide sheltering, medical and placement support for the dogs, who were temporarily relocated to CCAC to receive immediate care and treatment. The dogs rescued from this case, along with additional dogs previously removed from the property, were later relocated to Charlotte-Mecklenburg Animal Control where they are now up for adoption.

According to the ASPCA, the owner of the animals, Lisa Marie Hendren Meatyard, was charged with felony cruelty to animals and allowing animals to live in crowded or unsanitary conditions, a misdemeanor. On Tuesday, she agreed to plea surrendering all of her animals, which included goats, a goose, ducks, cows, roosters, an iguana, and a rat, in addition to the dogs, to CCAC and 18 months’ probation, during which time she cannot own, possess, or control any animals.

Last year, Meatyard was charged with five misdemeanor counts of cruelty to animals. She was convicted on those charges in October and appealed the case. As part of her plea agreement on felony charges, she remanded her appeal of the October sentencing.

More than 60 neglected dogs from a property in Lenoir

“We have been working closely with the District Attorney’s Office and the ASPCA to bring this case to a close,” said CCAC Manager Pam Culbreth. “While it was difficult to see the conditions these animals have been living in, it feels good to know they are going to places where they will be loved and properly cared for.”

“A primary focus for the ASPCA is to provide support for law enforcement, prosecutors, and animal welfare professionals nationwide to improve the lives of animals – especially those being abused or neglected,” said Leigh Anne Wilson, director of investigations for the ASPCA. “This case required significant collaboration across multiple animal welfare organizations, and we are pleased to be able to support Caldwell County Animal Control with the rescue of these animals and are grateful to Charlotte-Mecklenburg Animal Control for giving them a second chance.”

Caldwell County Animal Control’s animal cruelty investigations team responds to complaints of animal cruelty and neglect. If community members witness suspected cruelty or neglect, they are asked to report the incident to CCAC by calling 828-757-8625. For more information about how to report an incident and what to look out for when you suspect animal cruelty in Caldwell County, visit: https://www.caldwellcountync.org/animal-control/cruelty-neglect.

'We're not out of the woods yet': Cooper to announce new COVID-19 executive order next week