Despite it not being on the agenda, many residents came out to the MISD board meeting to voice their concerns over the Lee High School name up for consideration. 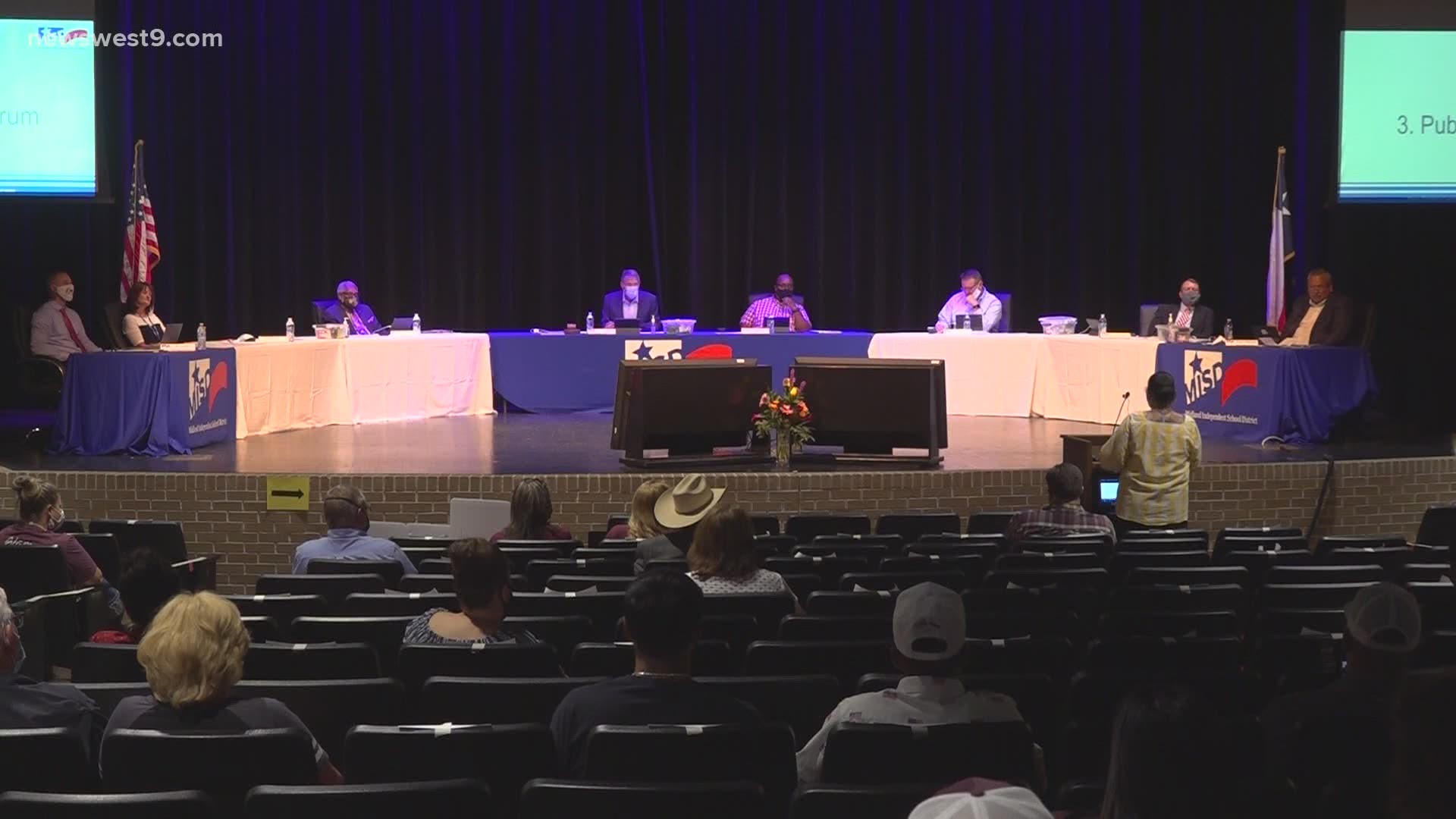 MIDLAND, Texas — The MISD school board meeting on Sept. 21 was about as packed as it could be with COVID-19 restrictions.

The reason? People wanted to talk about the name up for consideration to replace Lee High School: Legacy of Equality and Excellence High School.

Some people called for a big name shake up, while others felt that this name chosen by the selection committee offered a good compromise. Regardless of which side residents were on, they wanted the board to hear their voices.

"Well we really wanna make sure the board hears us. I don’t know, Rick Davis actually came out publicly and said he didn’t listen to his constituents during the first voting round and I think the community was really upset about that," J'Lyn Wilson, a Lee alumna said.

Those trying to sway the board in favor of the name change see the selection committee's current choice as a good compromise: keep the name L.E.E., but let it stand for Legacy of Equality and Excellence.

"Well we just see that as a compromise which no one has really been seeking up until now. We think it would be a compromise. We would be able to keep the acronym L.E.E. so therefore the awards and all the trophies and everything have the name of Midland Lee so we can keep the school's history," Wilson said.

However, there are people who believe that keeping the name Lee, even if it stands for something else, isn't enough.

"Well it’s compromising with confederate sympathizers. It’s not changing anything. People are still going to refer to the school as Lee and even though the words, I agree with legacy, I agree with excellence, if that’s so important then why don’t you name it excellence of legacy," Joseph Norman, a Lee alumnus said.

Even though Norman believes that the selection committee should start their name search from scratch, he's pleased that this issue has been brought up.

"It brought a real big light on what we have here in our own backyard and so sometimes you have to look at yourself in the mirror and decide are you part of the problem, and I think Midland did that and I think they did a good job in addressing the issue," Norman said.

The school board said prior to the public forum that they would not be voting on the selection committee's choice until October 19.