With four open school board seats, Basin PBS partnered with MISD for a debate so viewers can see where the candidates stand on important issues. 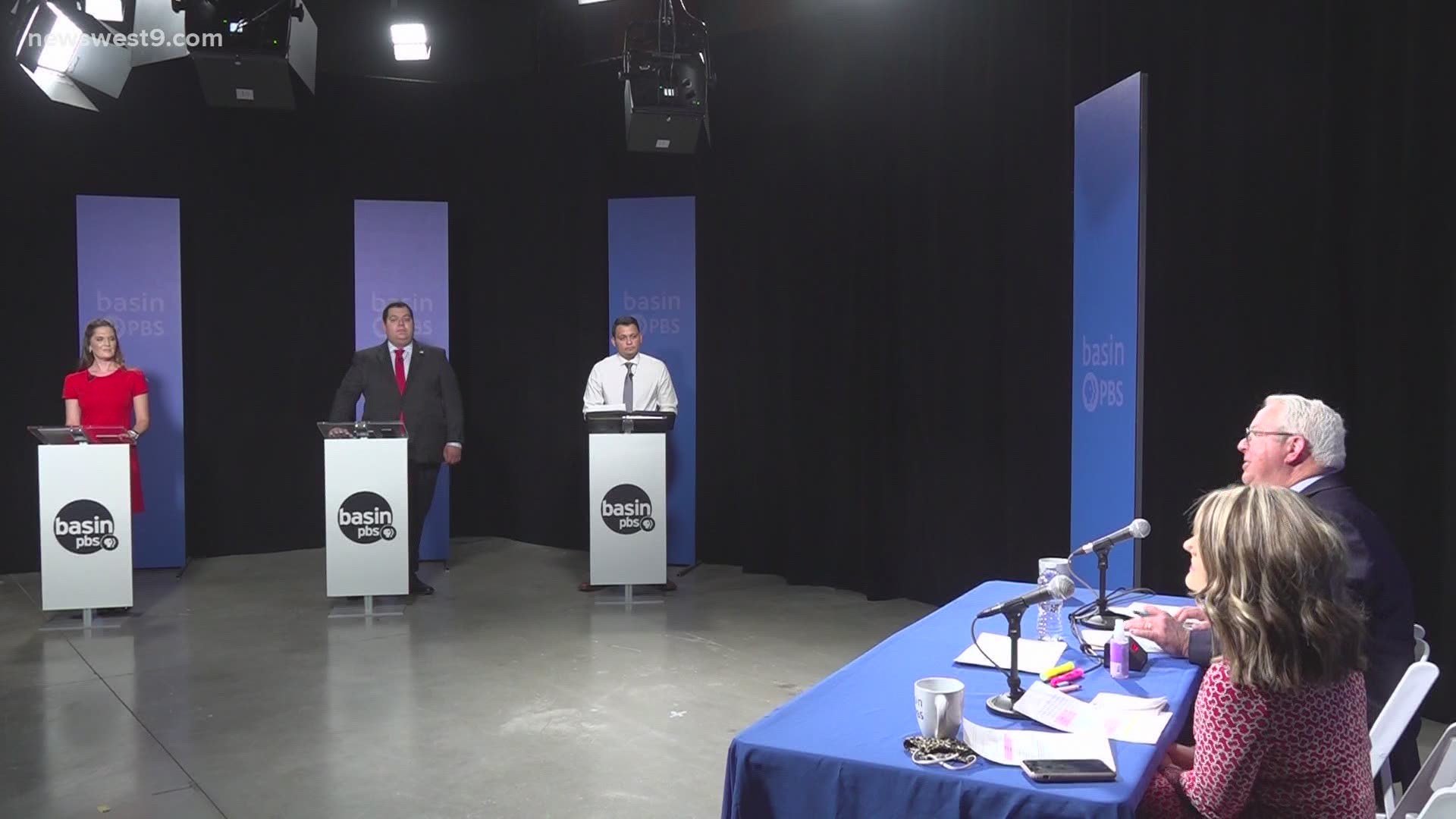 There are ten candidates running for four school board seats, but only seven candidates were able to make it to the debate.

One of the first questions posed to the candidates involved the district's most pressing issue: how do we get the district to improve academically?

"Of course with the current academic standings of our schools, it's very important that we get that up, and one of the key components of that is selecting a proper superintendent to be leading the goals of the district in that regard," Joel Diehl, a candidate for district four said.

That wasn't the only time the superintendent came up either. Rachel Davis, a candidate for district two, believes the move by the school board to potentially terminate superintendent Orlando Riddick should have happened a long time ago.

"Personally, I feel like it should've happened 12 months ago. The minute we start noticing a decline in our academic performance, that is what we hire a superintendent for. that is what we go out and we search for this person, and the current board sought him out and made a clear vision and goals and what we had planned for MISD," Davis said.

Another hot topic that was touched on during the debate involved the Midland Lee High School name change. Candidates were asked whether the $3.4 million price tag should be taken into consideration.

For two candidates, the answer was simple. Price should not play a factor.

"And I know it's on the heart of a lot of people, and I think it is emotional. And the board ultimately voted to change the name so I think the discussion now we need to consider is what that looks like for the future of Midland," Katie Wallace Joyner, a candidate for district four said.

"I am personally for the name change, but we must understand one thing: price shouldn't be an issue. We must pay for the systemic racism that has gone along with the name of that school and those persons who might have perpetrated insults and added it to injury," District one incumbent, James Fuller said.

You can watch the full debate below.