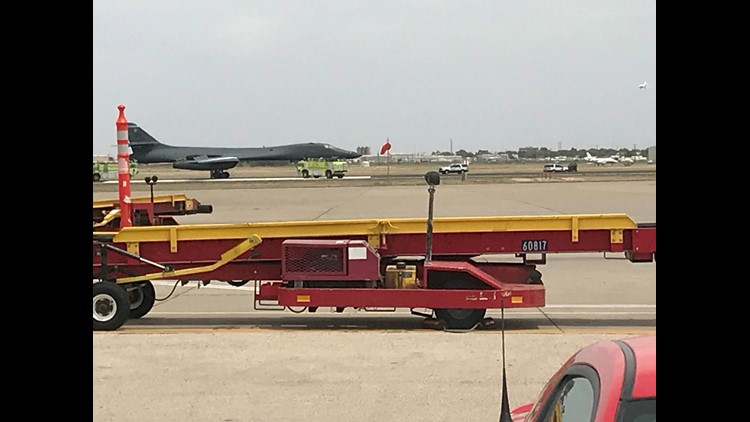 MIDLAND COUNTY, TX (KWES) - A military jet made an emergency landing at the Midland International Air & Space Port at around 1:30 p.m. on Tuesday.

The Rockwell B-1 bomber coming out of the Dyess Air Force Base in Abilene was foamed when it landed in Midland.

According to the Dyess Air Force Base, the aircraft will remain at the Midland airport until it can be safely returned to Abilene. Members from the Air Force base will be responsible for the aircraft.

According to the director of airport of operations, the call went in as an engine flameout. The actual cause is not known at this time.