The city says HHS tells them to expect approximately 125 migrant teens every 2 to 3 days until mid or late May 2021. 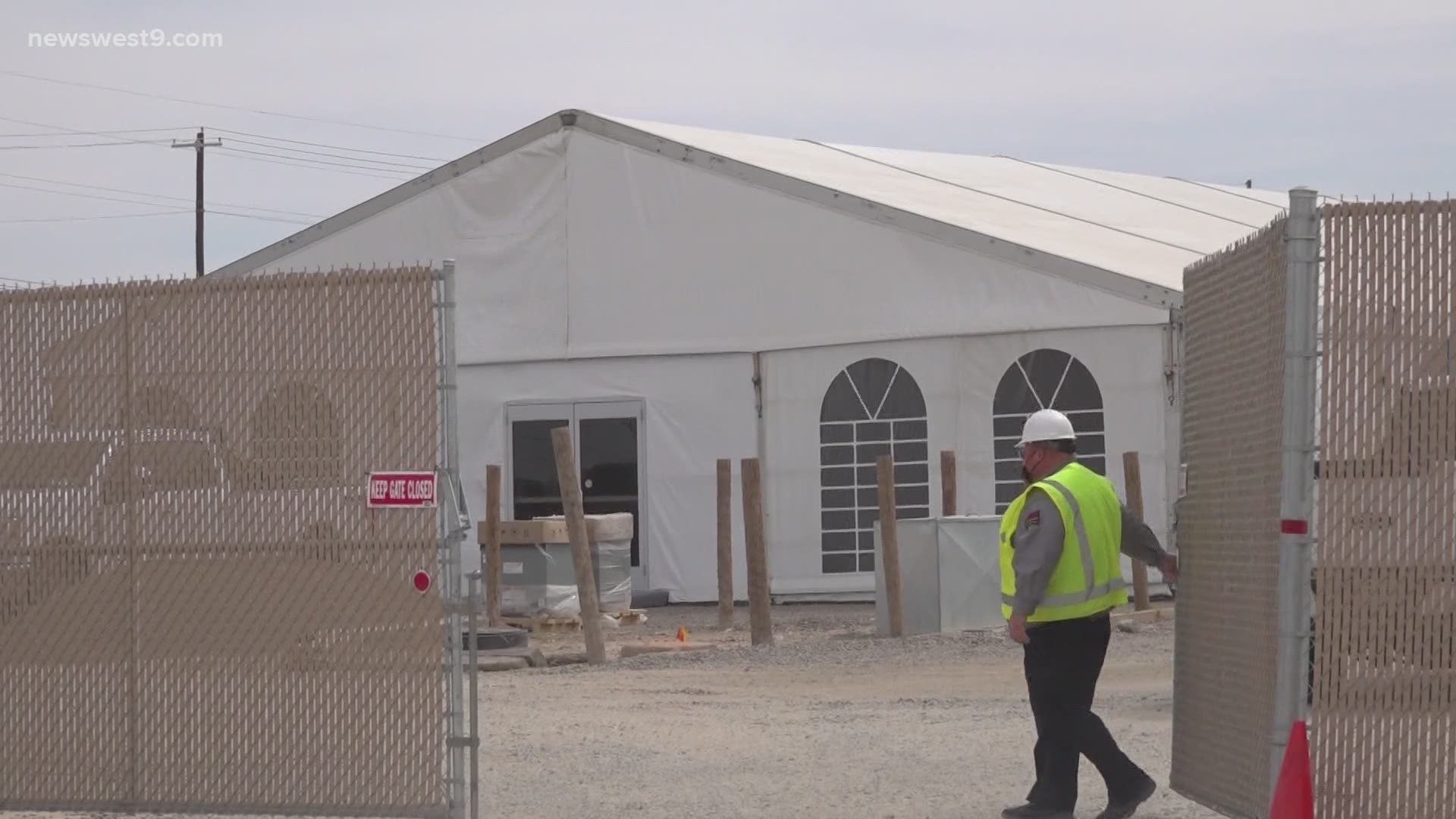 PECOS, Texas — A once empty man camp is now an occupied facility for over one hundred migrant teens.

The Target Logistics North man camp is just one of the nearly half a dozen facilities in Texas.

It's anything but quiet here during the first full day in Pecos for approximately 125 migrant teens.

There's a lot of action-landscapers planting flowers, facility personnel moving mattresses around, moving in more housing units, security guards opening and closing gates and even visitors coming in and out.

On Monday city officials were given a tour of the facility and the first few buses of migrants arrived, with more on the way.

This facility is about to hold 2,000 migrants, so as you can imagine there are a lot of moving pieces.

The city tells us that 125 children will be arriving every 2 to 3 days until mid to late May.

As for the facility, the Reeves County sheriff plans to come back for a visit in the coming days to see how everything's running.

The city says children will be screened for COVID-19 and isolated if the test comes back positive.

Each facility worker will stay with a group of eight children at all times.

Each dorm will house four children and will have its own bathroom and common room for the workers to supervise.

Activities will be planned throughout the day and the kids will also have access to Spanish language programming.

The city says all children will have a photo ID with a scanning code to monitor their movement as they walk around different parts of the facility during the day.

The company called Endeavor that is in the facility helping these children is a social services organization based out of San Antonio.

The city says Endeavor will be hosting a public meeting in the near future regarding the kids and the facility.