After nearly two weeks of non-stop protest, Mayor Patrick Payton wants to apologize to Fu's neighbors for having to deal with the issue. 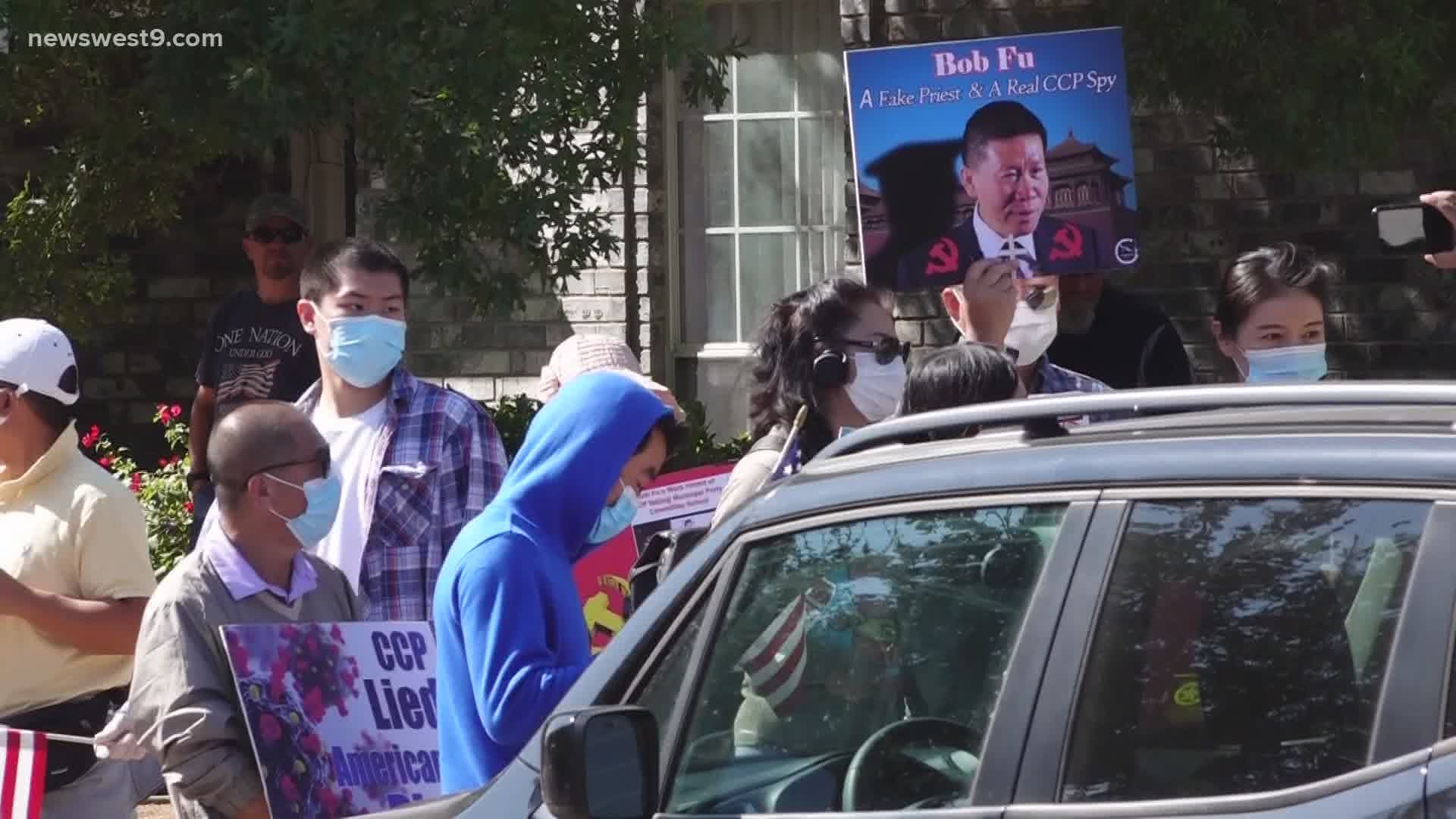 MIDLAND, Texas — Midland Mayor Patrick Payton said that Bob Fu and his family are safe. They seem to be doing fine in the city's custody despite the difficult circumstances.

Payton wanted to emphasize in a press conference that law enforcement is doing everything they can to protect Bob Fu's neighbors who are also being affected by the protests.

However, there is only so much that the city can do to stop these protests.

"Our law-enforcement is pursuing everything they could pursue to try and stop the protesters, but understand if we were to go beyond some type of limit, we would put the city and everybody else in danger of lawsuits because of violating rights, ironically, that we have fought and died for," Payton said.

Law enforcement has arrested a few protesters who have trespassed on Fu's or Fu's neighbors' property over the last few weeks.

"We are arresting those who are trespassing on the property. We even made some arrests for jaywalking which nobody’s probably heard of that for a long long time. We're trying to do the things that we can do. It’s still an inconvenience for those neighbors, make no mistake about it," Payton said.

As for who the protesters are, Payton said most have no connection to China.

"Here’s what I know about most of the protesters. They have no connection to China other than that they’re wanting to get out of China and are no longer in China. China knows where they are, knows who these people are, knows how to contact them, how to hire them, and knows how to pay them," Payton said.

Payton also said that he was given an indication that the protests might be ending sooner rather than later and that he hopes his intel is correct on that matter.