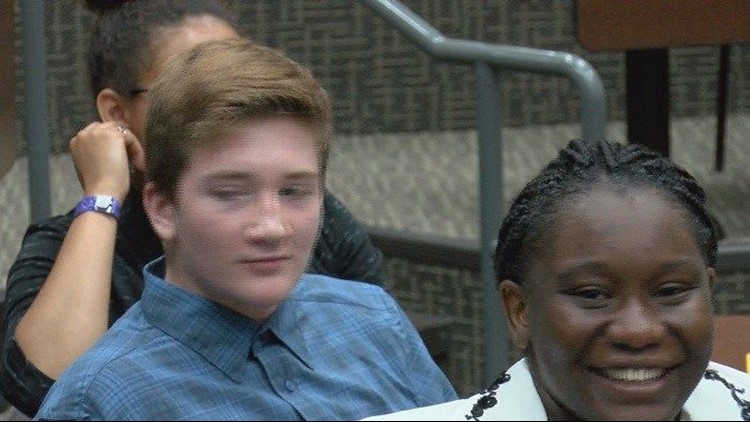 Midland students learn what it takes to be a leader

MIDLAND, TX (KWES) - What makes a leader? Is it being a great communicator? Being the person that shines in a group?

"They care about other people around them. They have a character that is not going to be compromised. They know who they and they aren't going to let that change," said Lee High School senior Miles Baker.

Thirty rising Midland seniors learned what it takes to become a leader over two days. The lessons learner are some Baker took to heart.

Baker and others were brought together for the Midland Young Leaders Challenge, designed around General Tommy Franks' "Four Stars of Leadership."

"We've had a lot of interesting discussions," said Baker.

Those talks and exercises centered around team-building, character, even public speaking. Interestingly, Baker had to be convinced about joining in on the challenge.

"How can a leader be made in two days. There's no way to properly train people to be a leader," said Baker.

He quickly found out about trusting the process.

"It's not really building a leader, it's having people already leaders and training them to be better leaders," said Baker.

So, what makes a leader? How about finding something within. Stepping out of your comfort zone. These students did it, sounds like a leader to most people.

$7000 dollars in college scholarship money was given out to the students who best exemplified leadership qualities over the two-day challenge.