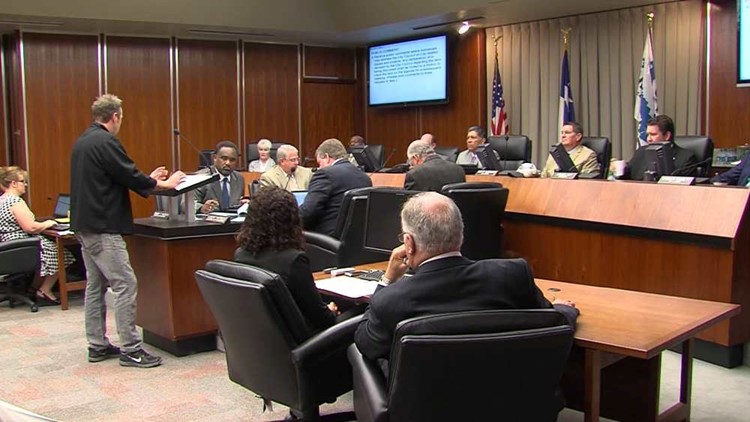 A heated exchange at the Midland City Council meeting Tuesday morning. It was all over the council voting to get rid of the tax increment reinvestment zone or TIRZ.
Author:
Published: 10:34 PM CDT August 12, 2014
Updated: 2:06 AM CDT July 21, 2018

MIDLAND - A heated exchange at the Midland City Council meeting Tuesday morning. It was all over the council voting to get rid of the tax increment reinvestment zone or TIRZ.

TIRZ is a fund that was created by Midland back in 2001. It's an account set aside for the tax dollars that are generated from downtown properties and that money then goes towards revitalizing downtown Midland. However, on Tuesday, the city voted to get rid of TIRZ after the next fiscal year and that sparked a lot of controversy.

"I think it's ridiculous. I think the city council just made a huge statement by saying that they are not for downtown revitalization," Natalie Shelton, Executive Director of the downtown Midland Management District, said.

"They're not saving us anything, they are actually hurting the brand new landscape that could exist in downtown Midland," Brian Patrick, a Midland business owner, said.

"When you're asking for funds and you're wanting to be a local business owner, if they take that away, it's basically them saying no we don't need what your offering but we want to put the money somewhere else," Mick Perkins, another Midland Business Owner, said.

Several residents showed up Tuesday morning to voice their opinion. Everyone seemed to agree, they want TIRZ to stick around. But in the end, the council gave it the boot.

In a 5-2 vote, the city approved to sunset TIRZ for one more fiscal year. Meaning TIRZ would get another $1 million bringing the total fund to $4.6 million. Once those funds disappear, so will the account. Councilman Sparks was in favor of getting rid of the account. He said tax payers will benefit from this decision.