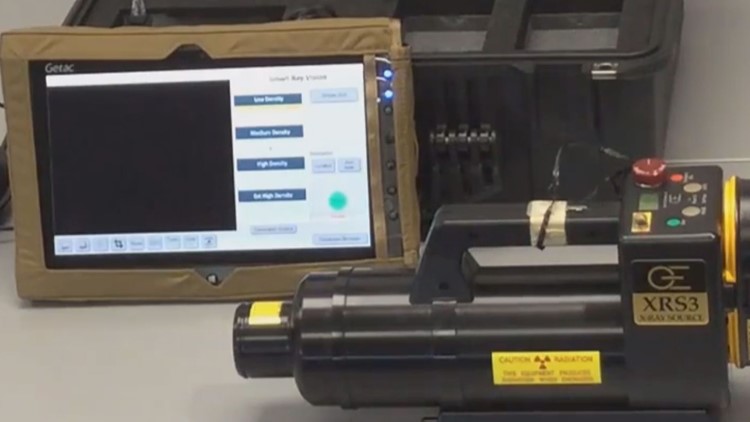 The City of Midland police department is in line to get a new state of the art X-Ray machine for their responses to suspicious packages.
Author: Dana Morris
Published: 7:24 PM CDT June 13, 2018
Updated: 10:46 PM CDT August 13, 2018

MIDLAND, TX (KWES) - The City of Midland Police Department is in line to get a new state of the art X-Ray machine in order to better respond to suspicious packages.

The purchase was approved on June 12 at Midland's City Council meeting.

The device called an "Extreme Digital X-Ray System" comes from the company Smart Ray Vision and costs just over $64,000.

Officials say the system will work faster and more efficiently than the current X-ray device the department's bomb squad uses.

Midland's interim police chief says this is one of many upgrades that will make a safer environment for bomb squad responses.

"What this does is it cuts down disruption time for citizens, and it increases safety for citizens and officers," said Herman.

The new wireless device also offers several new features such as auto-stitching which will allow larger packages to be X-Rayed more efficiently, by automatically linking several X-rays together.

Suspicious packages are a problem that Midland has seen quite a bit of recently.

Herman says his bomb squad unit has responded to more than 100 calls in the last 12 months.

Herman hopes to have the new X-ray ready to go in a matter of weeks.