More questions than answers in DPS pursuit on HWY 191

Officials say there was an officer-involved shooting but no further details are available at this time. 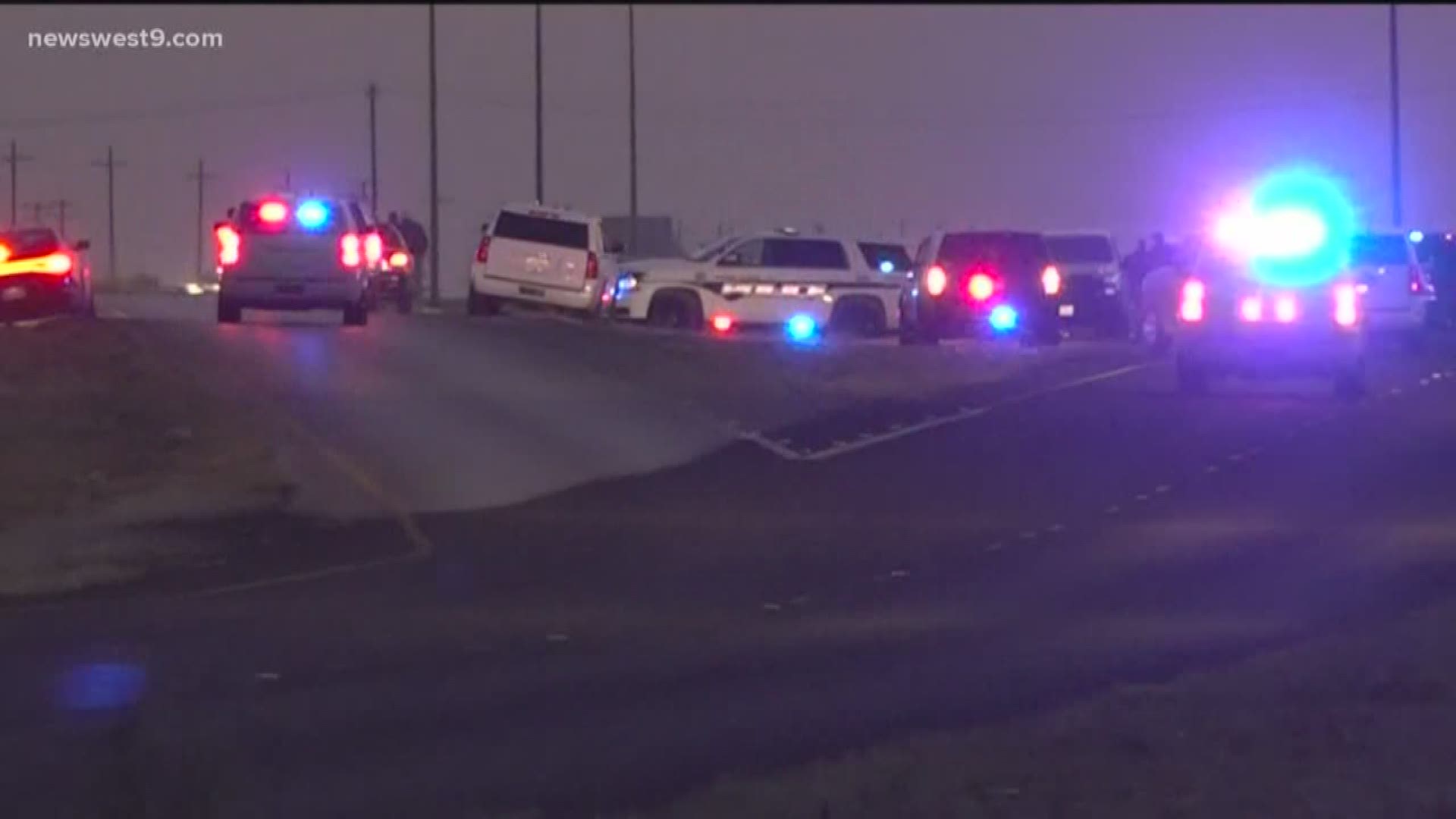 MIDLAND, Texas — This story has been updated here:

However, the North service road remains closed at the request of law enforcement.

Officials say there was an officer-involved shooting but no further details are available at this time.

Highway 191 is being blocked by authorities after a police chase which ended near 191 and Highway 158.

Authorities chased a wanted man and woman, driving a single-vehicle, down eastbound 191 towards Midland after they committed a traffic violation in Ector County.

The two suspects were later stopped and shots were fired by the suspects and authorities at multiple scenes. We do not know the extent of the injuries that resulted from the gunfire, but everyone is expected to be okay right now.

Very large law enforcement presence near 158 and west bound 191. Police on the scene tell me it is a still a very active scene. DPS confirms it was in a pursuit and they are gathering more information.

Witnesses at the scene reported a large police presence of an estimated 30 police vehicles and a helicopter.

The north service road and westbound lanes of this section of 191 are currently planned to be closed until 4 a.m. while authorities investigate the scene.

#UPDATE TXDOT tells us: Law enforcement has requested closure of north service and westbound main lanes of Highway 191 for an investigation between Loop 250 and County Road 1275. Closure expected to last until around 4 a.m. EC sheriff, Mike Griffis, tells me his deputies are diverting traffic as far west as Faudree near Cinergy in Odessa.

This situation is still developing, we'll update this story with more information as it becomes available.