"There’s no scientific proof, no carefully evaluated peer review studies, that prove the efficacy of those treatments." 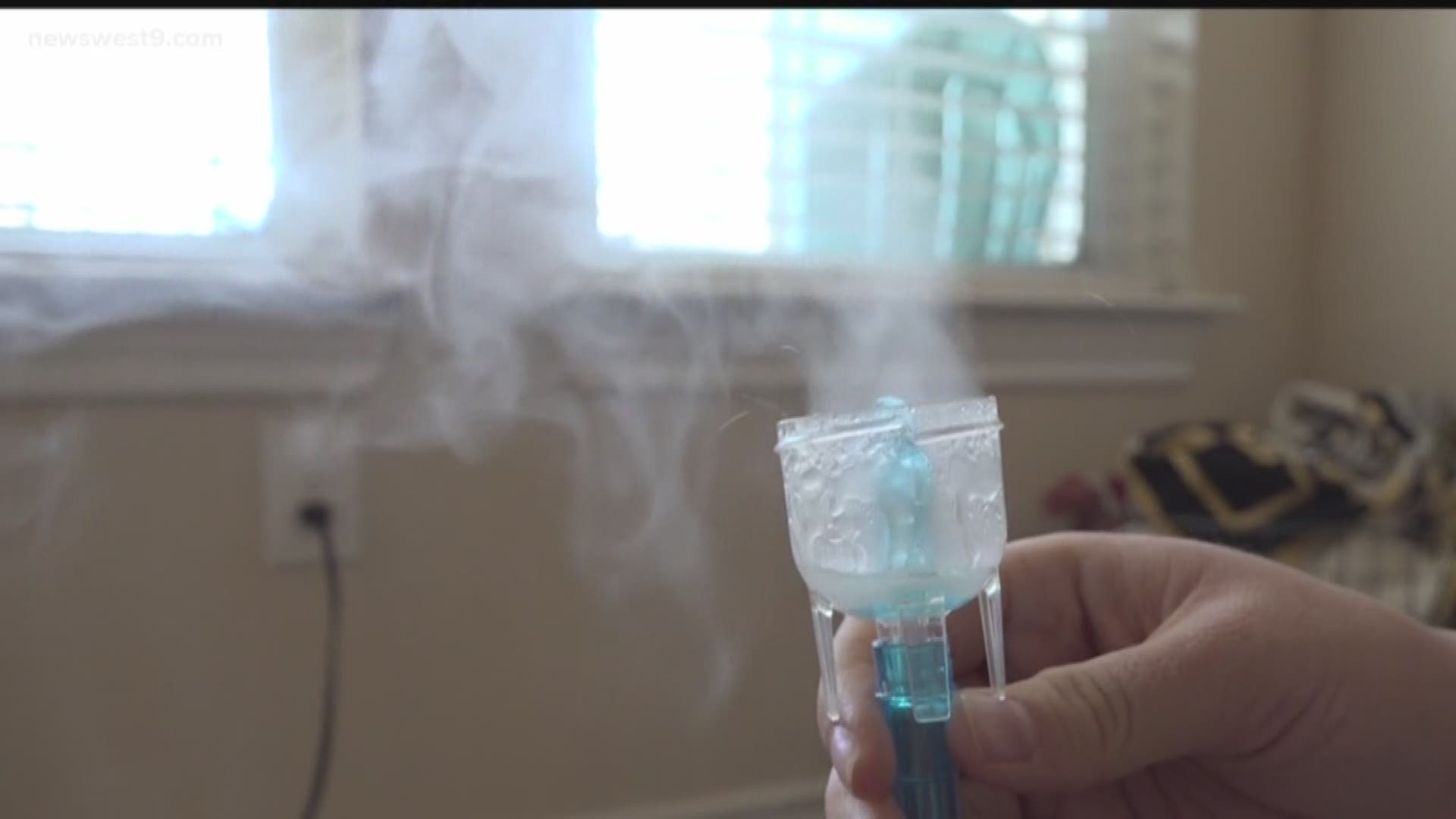 MIDLAND, Texas — It's a story NewsWest 9 broke back in May, and now it seems it is getting more local and national attention.

A controversial treatment for COVID-19 used by an Odessa doctor, Richard Bartlett, who calls it the 'silver bullet' has been brought in front of the world.

Others in the medical profession are not convinced it is what it is cracked up to be.

Richard Bartlett has been a general practitioner for 28 years. He believes the inhaled steroid, Budesonide, helps alleviate the Cytokine storms COVID patients may experience.

It’s a story I broke back in May...and now it’s getting more and more local and national attention. It’s a controversial treatment for COVID-19 used by an Odessa doctor who calls it the “silver bullet” but others in the medical profession aren’t convinced it’s what it’s cracked up to be.

In May, Bartlett told us, “I had a patient with a 50-year history of smoking, bypass surgery and they felt better immediately," he said. "It’s a medicine that’s been out for 25 years but I’ve never seen work so good, it’s like this medicine was made for this pandemic.”

“People are out there saying it works, but there’s no scientific proof, no carefully evaluated peer review studies that prove the efficacy of those treatments," Russell Meyers, Midland Health CEO, said. "We are not aware of anything that is over-the-counter that would make any difference in their care.”

These hospital officials do not think Dr. Bartlett’s treatment is backed up enough in the medical community.

“Do your homework, we’re not making things up in this country there's no conspiracy theory," said Lawrence Wilson, Vice President of Medical Affairs. "There is good information about peer-reviewed data in regards to best practices.”

Wilson is calling on the public to be hesitant over ideas like Bartlett's.

NewsWest 9 reached out to Dr. Bartlett for comment. His press person tells us that he is swamped with calls and emails about the steroid treatment.

He still stands by his statement that it is the 'silver bullet' for COVID-19.

As for his success rate, he still says it is 100% for the dozen patients he has treated back in May.

We could not confirm how many people he has treated since then.