Attorney Justin Moore is asking for an immediate release of body cam and dash cam video related to the arrest. 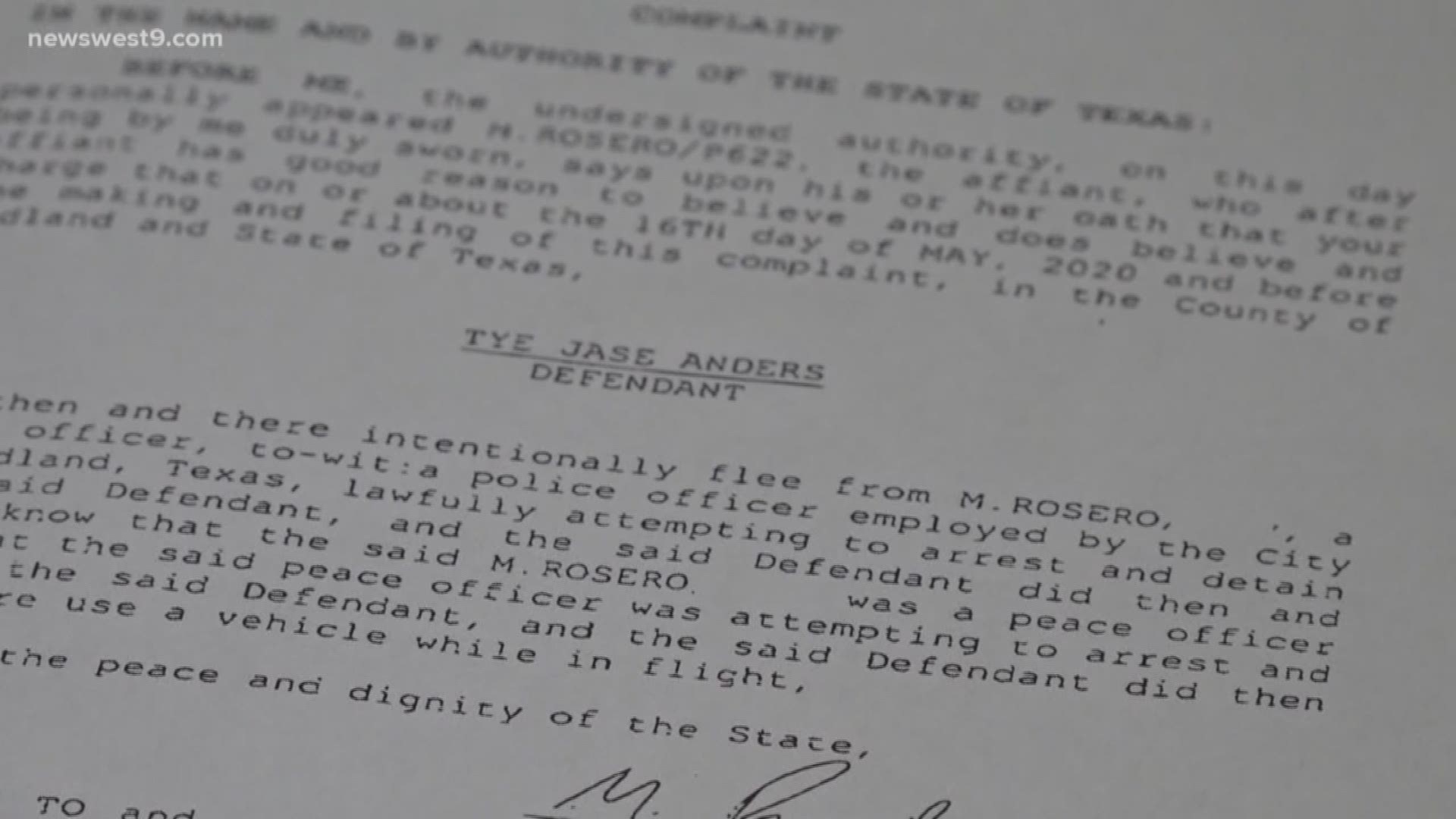 Breaking News: Midland TX, Police pulls up guns pointed at a 21-year-old year old African American male and assaulted his 90-year-old grandmother while putting the handcuffs on him. All of that for running a traffic light. His mother told us that he had been getting harassed by Midland PD for weeks, he was just trying to protect himself by going to his grandmother house. Attorney Justin Moore has spoken to the family. #JusticeForTyeAnders #JusticeForAndersFamily Call to action: Midland Police Department Police Chief Seth Herman 432-685-7108 #BlackLivesMatter #ThisIsAmerica #NGAN

Posted by Next Generation Action Network on Saturday, May 16, 2020

Attorney Justin Moore spoke on his client's behalf Tuesday afternoon on a social media live stream, making several references to the cell phone video which shows Anders lying on the ground empty handed while being held at gunpoint by several officers.

After a standoff lasting several minutes, officers approached Anders and placed him under arrest.

Many people on social media have expressed outrage at the aggressive manner by which he was detained, which also caused Anders' 90-year-old grandmother to fall down.

Questions have also been raised as to why Anders had to be held at gunpoint.

The Midland Police Department says in their arrest affidavit that Anders had committed a felony prior to the viral confrontation with officers that stemmed from his failure to pull over after running a stop sign.

Anders' attorney says the 21 year old was not trying to elude arrest, and that he eventually pulled over in a place he felt safe.

Moore is now asking for the immediate release of dash cam and body cam videos from police.

Meanwhile, Midland District Attorney Laura Nodolf made this statement regarding the case:

"This case has just been sent to my office, we are in the process of reviewing all police submitted evidence including dash cam and body cam videos, once that is complete we will evaluate if this case will be presented to a grand jury and the felony charge will be prosecuted."

Also important to note, the Anders family has accused an officer of striking Tye in the face while he was hand cuffed.

Nodolf stated that if any video evidence shows officer misconduct, it will be reported and fully investigated.