Midland Man being targeted by the Chinese Communist Party

Mayor Payton and police say protesters are being paid to travel to Midland and discredit Fu's Christian work. 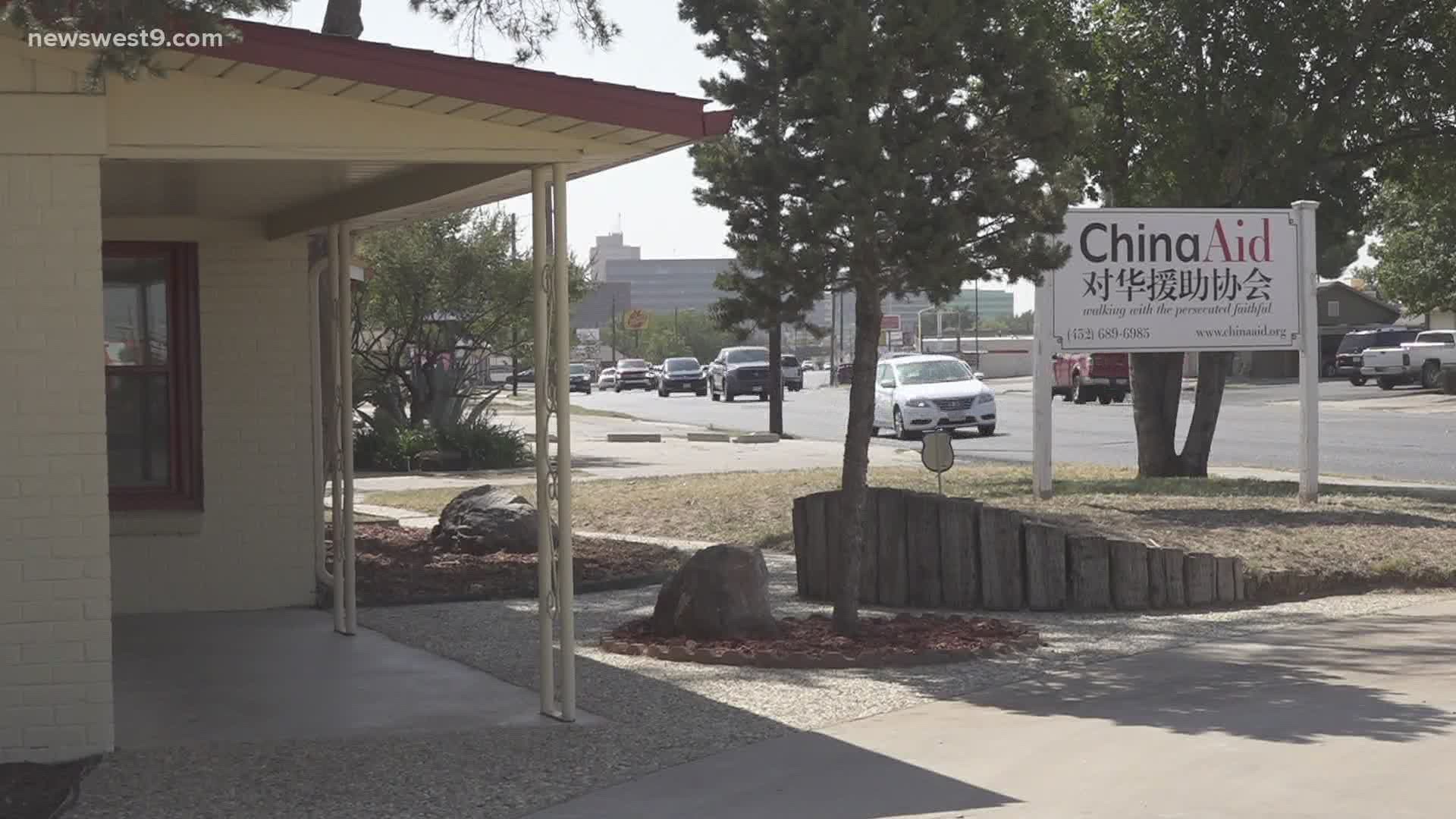 MIDLAND, Texas — It is almost stranger than fiction, but it is real life.

Busloads of protestors lining the street of a Saddle Club neighborhood, each of them claim a spy for the Chinese Communist Party lives among us in Midland.

But who are these protesters? We do not know.

NewsWest 9 spoke with a few who say they are from the United States, but they would not say their name or what state they are from. Well, one protester told us his name was Texas Cowboy.

Mayor Payton and police say they are being paid to travel to Midland and protest outside of Fu's home.

One neighbor told us they are getting paid $500 a day. But we could not confirm this information.

If you are scratching your head as to what is happening here, well we are right there with you.

Here is what we know about Bob Fu: he is a pastor and founded the non-profit China Aid. It is a human rights group that provides legal help for Chinese Christians, who are persecuted for their beliefs.

Protestors say Fu is a spy for Beijing, only pretending to be a pastor.

But Midland’s mayor, Patrick Payton, as well as other pastors in the area, and even Fu’s own neighbors say that is just not true.

They believe that Fu has become a target because he has been outspoken against communist China.

Protesters are back outside Bob Fu’s house today in Midland. As to what they’re protesting...well they believe Bob Fu is a Chinese spy. According to neighbors, local pastors and our Midland’s mayor, that’s not the case. pic.twitter.com/OSGRj4umPX

A very nice man, but a spy? In Midland, Texas?? It is hard to believe.

Jenny Cudd has a theory. She has worked with Bob Fu before and is familiar with his work. She believes this is the work of the Chinese Communist Party to discredit Fu.

“It is an organized effort, we literally saw them coming off buses yesterday and they were handed a sign, flag, or a Bible," Cudd said. "I don’t know about you, but I don’t trust anyone who was bussed in to protest something.”

She says there is no way Fu is a communist spy.

“He has an amazing record, he has spoken out against communist China for decades and decades and helped persecuted Christians in China trying to get them out," Cudd said.

As for when these protesters are leaving? Well, they would not say.

The ring leader of the protest is believed to be Miles Kwok, also known as Wei-guiguo. A Chinese billionaire...who is seeking asylum in America.

In this video posted to YouTube, he threatens Bob Fu, discrediting his work with China-Aid and says he will send up to 200 protestors to his home.

The Wall Street Journal reports that while Kwok says he s here to expose Chinese immigrants working for communist China.

There are court documents that show he is the one that is spying for the Chinese government.

Fu and his family are in police protection at an undisclosed location.

Police tell NewsWest 9 they are not going anywhere and will do whatever they can to protect Fu and his family.