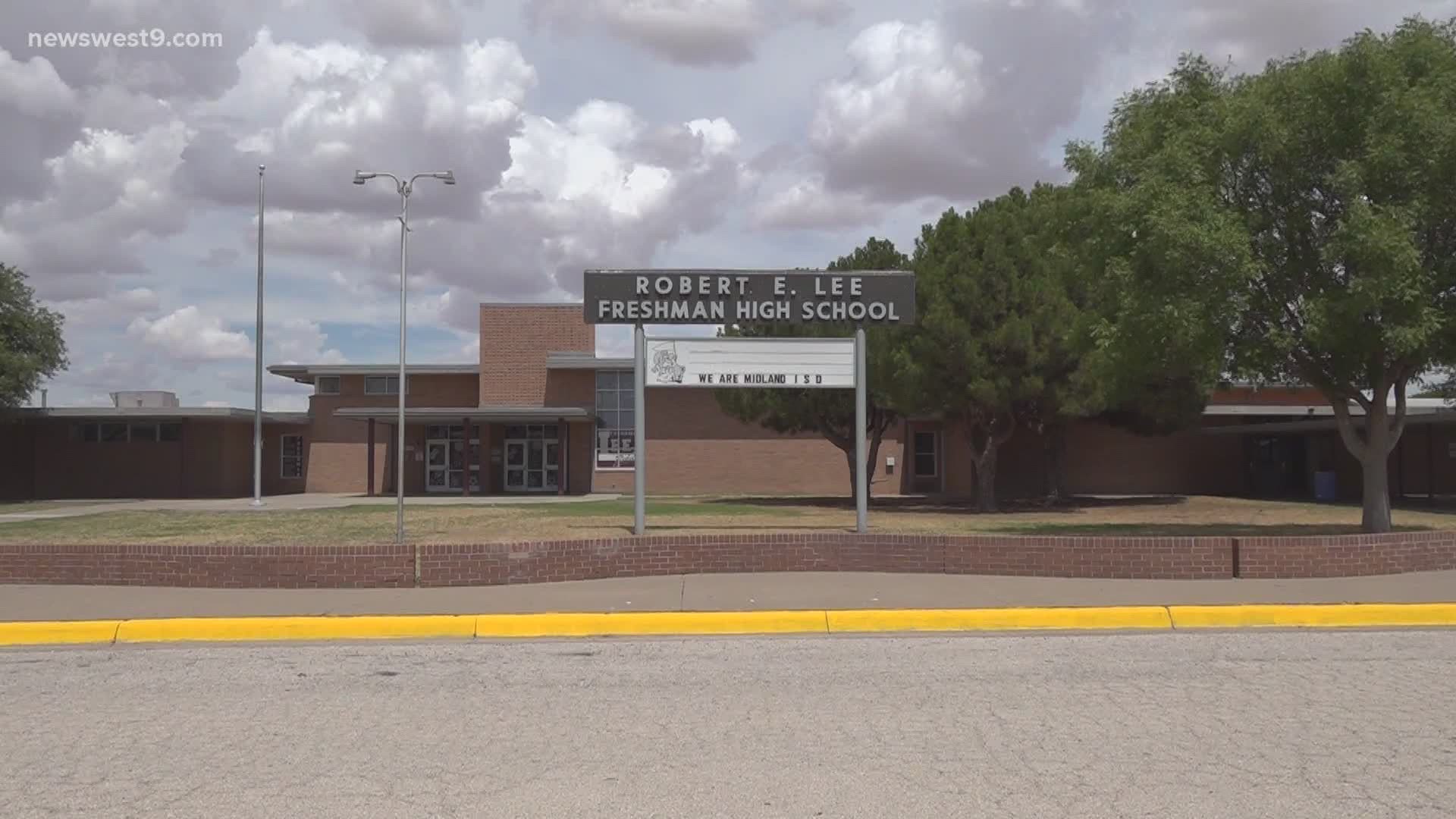 MIDLAND, Texas — A Midland resident has filed a lawsuit against the Midland Independent School District over the decision to change the name of Lee High School.

The lawsuit requests several things, including that a physical copy of the petition the board cited asking for the name change be produced.

Additionally, the man who filed the lawsuit, Jeremy Shane Mansell, has applied for a temporary restraining order on the name change.

If granted, this would halt all activities regarding the name of the school until the requested documents are delivered to the plaintiff and he is "given adequate time to study and understand them".

The lawsuit also asks for a declaratory judgement on the grounds the school board was not in compliance with the Texas Education Code because it did not have "a district level decision making committee before, on, or about July 27, 2020" when the decision to change the name was made.

In response to the lawsuit, Board President Rick Davis released the following statement:

"Today, I was forwarded a copy of a lawsuit purportedly filed by a Midland County resident concerning the MISD Board of Trustees’ July 27, 2020 decision to re-name Robert E. Lee High School and Robert E. Lee Freshman School.  The crux of the suit appears to be that the Board did not have the legal authority to make that decision.  In making that allegation, the Plaintiff refers to statutes that are not applicable to a school board’s school-naming decision.  Contrary to what the Plaintiff alleges, the MISD Board of Trustees has the legal authority to make school-naming decisions just like the MISD Board of Trustees had in 1961 when the school was first named and every year since.

The suit also alleges that MISD unlawfully accepted and considered an online petition regarding the name change. While the Board was aware of petitions both for and against changing the name of Robert E. Lee High School and Freshman School, the Board did not create or receive these petitions.

Because I have not actually been served with the lawsuit, it is my hope that the Plaintiff will voluntarily choose to dismiss it."

You can read the full lawsuit filed by Mansell below.