The official opening date is the end of July 2021. 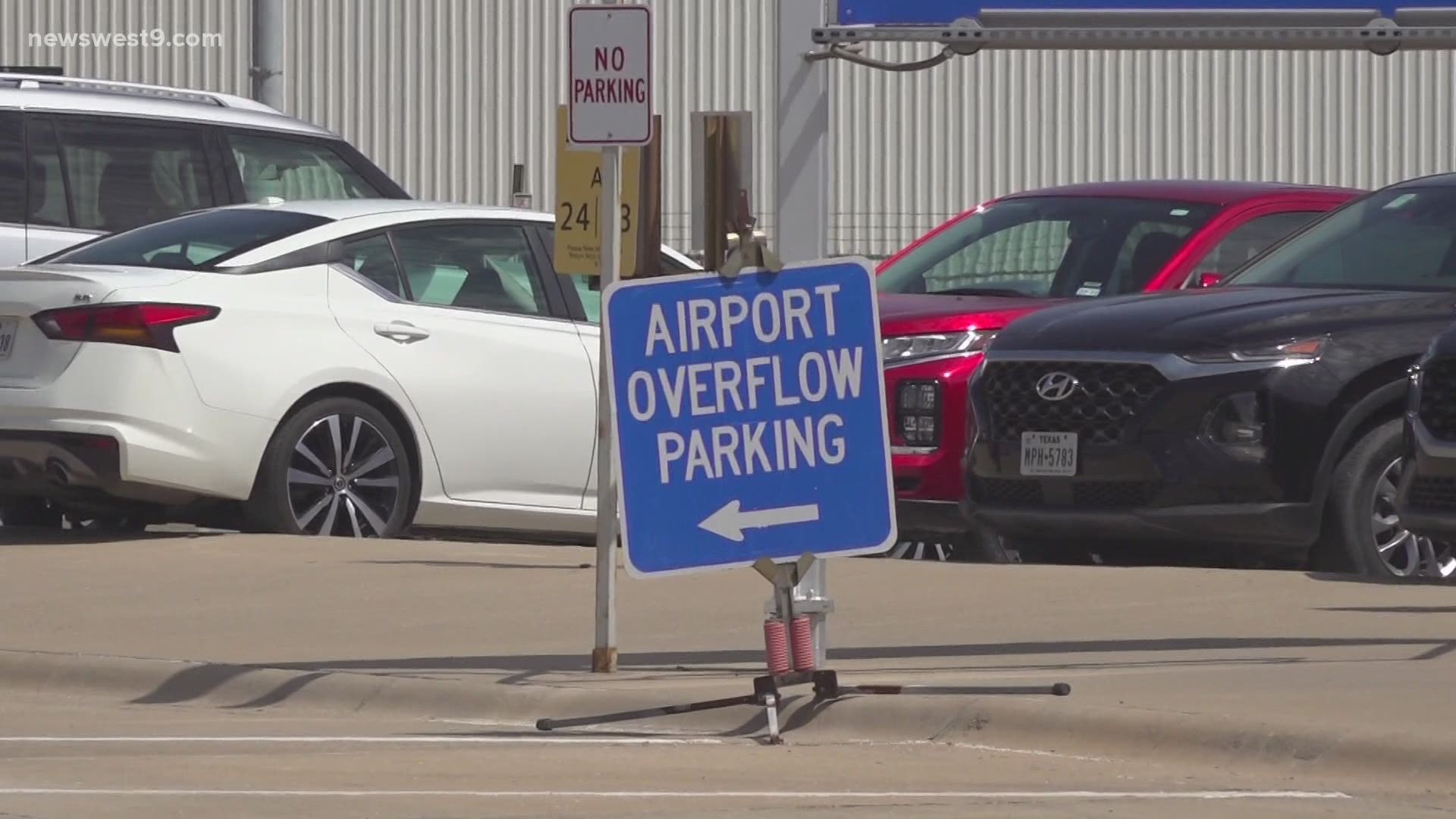 MIDLAND, Texas — Work at the Midland International Air and Space Port is getting close to being done.

Two brand new parking lots will be available for West Texans to use when flying out of MAF.

One good thing came from the COVID-19 pandemic: It helped speed up construction when no one was traveling.

"We were able to speed up some areas of the project because we had so few cars in the parking lots," Justine Ruff, director of airports said.

This meant they were able to move larger sections of cars around to put sealant on the existing lots and build the new ones.

On the negative side, COVID-19 did delay the shipments of their new ticketing machines.

"With the rapid expansion in our passenger traffic, we didn't have enough parking spaces, so the free parking was nice, but it is a dirt lot and not everyone wants to park there, so now we have paved lots that everyone should be able to use," Ruff said.

How much will it cost to park? Just $7 a day for uncovered and $15 for covered.

"We ended up with two new lots and one is open right now for employees only because the old employee lot is being redone, so we had to move them somewhere and then the other new lot opened last Friday," Ruff said.

Both lots will ultimately be a hybrid of employee and public parking.

Possibly the best part is this project is adding about 1,000 spaces, bringing the grand total close to 3,000 parking spots at the airport.

Right now, only one gate is functional at the new lot opened, which last Friday.

They just needed to start the process of opening it as travel is climbing back to normal.

The ticket machines at the entrances and exits of the lots take credit card only, but there's a pay station inside the airport by the elevator for people wanting to pay with cash.