Naylor was shot and killed in 2014 when he was serving a warrant in Midland County. 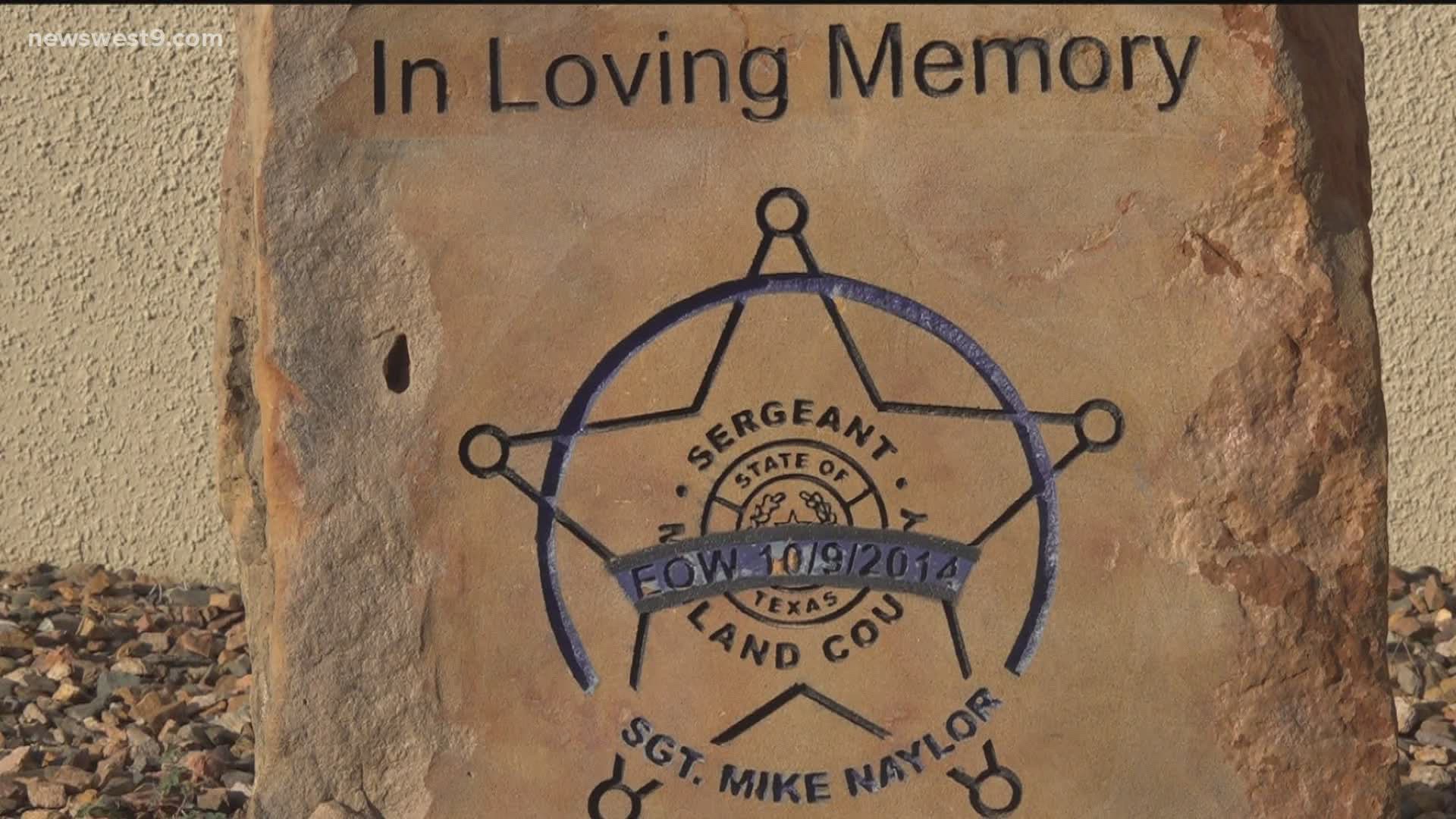 MIDLAND COUNTY, Texas — It was a somber moment in Midland as the sheriff's office remembered one of their own Friday.

Oct. 9 marks the sixth anniversary of Sergeant Mike Naylor being killed in the line of duty.

Naylor was shot and killed in 2014 when he was serving a warrant in Midland County.

He had been with the Midland County Sheriff's Office for 15 years and was part of the mental health unit as well as commander of the honor guard.

Prior to his work with MCSO, he served the country in the United States Air Force.

New patrol cars will have a gold star on the back corner panels to honor him.