The shelter is located at the back of True Lite Christian Fellowship church. 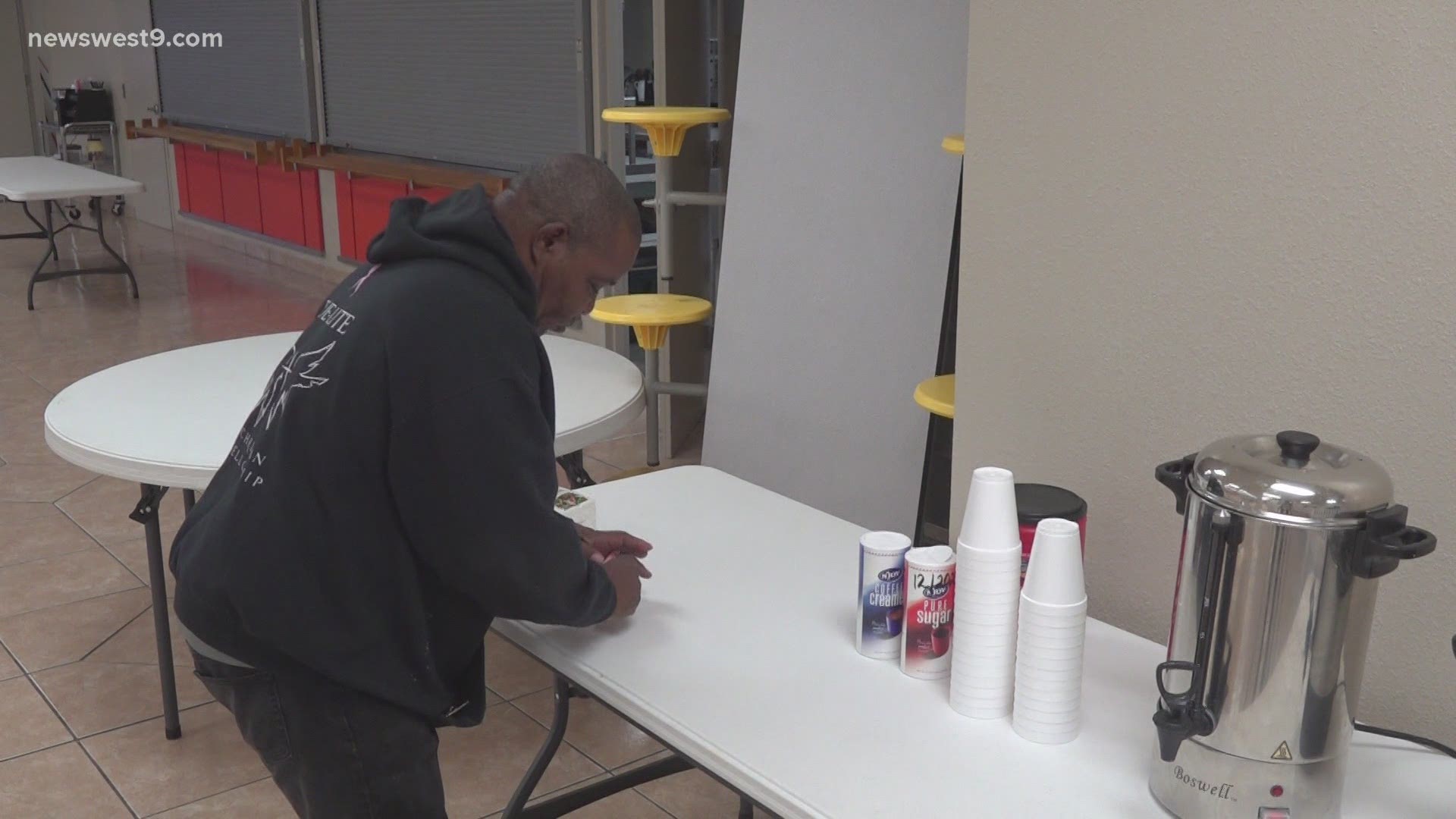 MIDLAND, Texas — It all began a little over 24 hours ago.

"So the basic idea is it's cold outside and that we know people that are outside," Karl Boroski, Backyard Midland chairman said.

Karl and several other Midlanders felt called to reach the homeless.

"I feel like God convicts you to do stuff and that's what he did to me yesterday," Boroski said.

"I just have a little route that I go on to check on people and the first guy that I saw was out there preparing to sleep and I was like man you can't sleep out here," Boroski said.

Karl took to social media and several neighbors chipped in to get them put up in hotels last night, but that wasn't enough.

So this morning, "Pastor Smith called me and said hey we will open up our church and so this is where we are, ground level, we're just starting," Boroski said.

"We're figuring things out as we go but pastor Smith said if there's one person in need then we'll open our doors so I think that's fantastic," Boroski said.

Members of the congregation helped set up coffee pots and cots this afternoon and they hope to bring in more volunteers over the weekend.

"People in Midland have always come through for us," Boroski said.

Karl's phone has been getting text and call notifications all day.

"Like I can barely keep my phone charged," Boroski said.

They're hoping that now, if this weather happens again, they'll be fully stocked and prepared.

Karl said the pastor, his wife and a few other members from the congregation will be staying the night Friday in case anyone needs anything in the middle of the night.

If you're looking to bring donations like food, sleeping bags, blankets, waters, you can drive up to the back of the church building and knock on the door or you can reach out to Karl via text message at 432-553-3116.

You can also reach out to the Salvation Army of Midland for shelter as well.

The Midland YMCA is available for people to stop by during regular business hours for as long as they have power.