Overall the county grew by over 24% percent since 2010. While precinct 3 saw a large amount of growth, it wasn't by much. 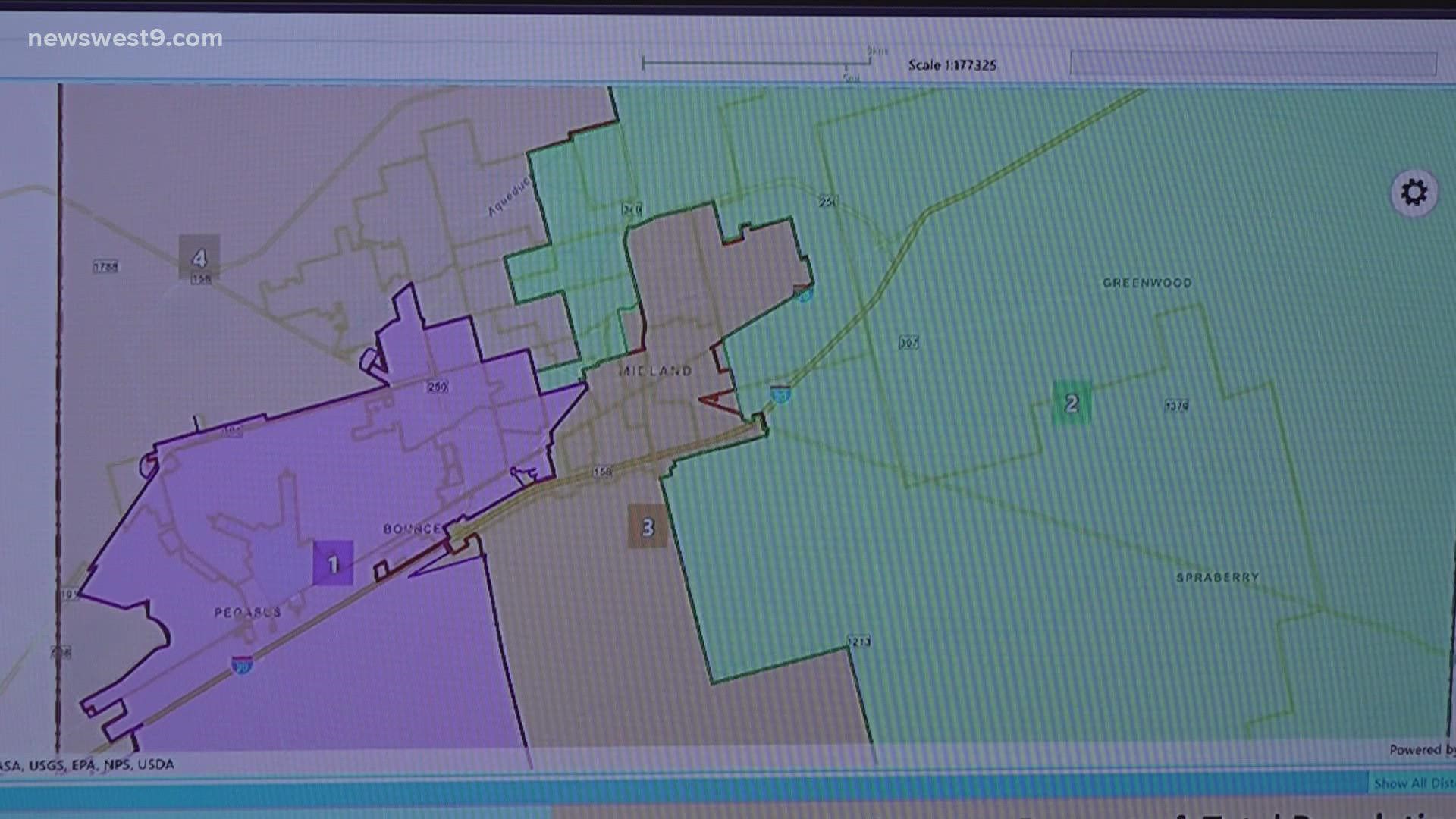 MIDLAND, Texas — Changes could be coming to the districts in Midland Co.

Redistricting is something that happens every decade following the census.

On Thursday, commissioners met to go over the proposed changes.

Part of precinct 2 is about to become precinct 3. Why? That is where the county saw the most population growth.

“The population of the various precincts has to be comparatively equal," David Mendez, the attorney working on the proposed redistricting plan said. "And the 2020 census showed that precinct 2 is overpopulated and precinct 3 is underpopulated so they exceed the maximum deviation allowed by law.”

Overall, the county grew by over 24% percent since 2010. While precinct 3 saw a large amount of growth, it did not grow by much.

“This is actually a small amount of change...surprisingly while the county grew at a massive pace throughout the decade it grew evenly," Mendez said. "All parts of the county grew evenly so the in balance that is showing between these two commissioners precincts is really nominal and remarkedly small.”

For Luis Sanchez, the commissioner for precinct 3, he was not expecting growth to be so even through the district.

“I was surprised it was only 3,000 differences," Sanchez said. "Of course, 10 years ago we didn’t make any changes because the growth was even more minimal than it is this year.”

While the growth may have been minimal, for Sanchez it is important that voters' voices are heard equally.

"My precinct is made up of a large Latina and black populations and it represents the south and east sides of Midland," Sanchez said. “We want to make sure we keep the representation for the minority groups, that’s what this plan was about."

This redistricting drawing is not final. The commissioner's court will vote to approve the drawing in two weeks, but it is expected to get approved without an issue.

The redistricting plan is only at the county commissioner level. The state is still working on redrawing the congressional districts.