Three city council seats will change over, and the mayoral election will also be on the ballot November 5. 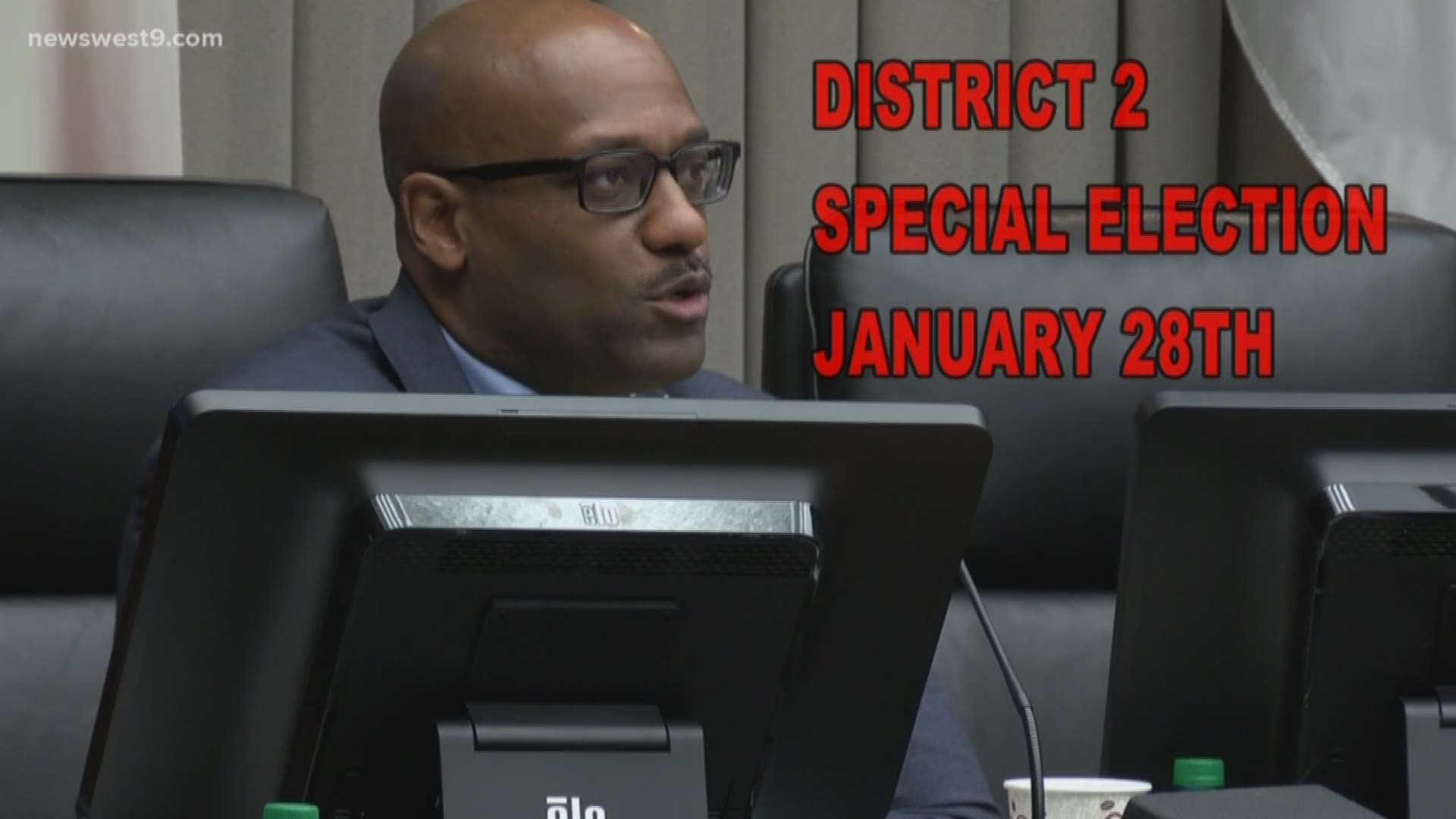 MIDLAND, Texas — In city government, change is inevitable, but the soon to be "shake up" the city of Midland will see feels unfamiliar.

Six of the seven current city council members have served the council for at least 6 years together with exception to Michael Trost.

"We haven't seen a change like this since the early 2000s when Dufford came on board... there's gonna be a learning curve," said Councilman J.Ross Lacy at the city's bi-weekly council meeting held on October 22.

Three of the city's council seats will definitely be changing in the November 2019 election.

District 2's John Love III is running for U.S. Senate and has in turn resigned, though he'll serve in his position until his successor is named. For that seat, a special election is slated for January 28.

District 3's Sharla Hotchkiss is not running for re election, while District 4's J.Ross Lacy also resigning for a run into the United States Congress.

The seats for District 3 and 4 are up for November 5's election.

"We're going to have a lot of new people here, which is great, change is always good, having new people come up with new ideas to run the city government," said Lacy.

The last seat up for grabs is the mayor's chair.

No matter what takes place in November's election, the outlook of the city council is changing.