The project has been in the works for years and will allow more animals to be adopted in the city. 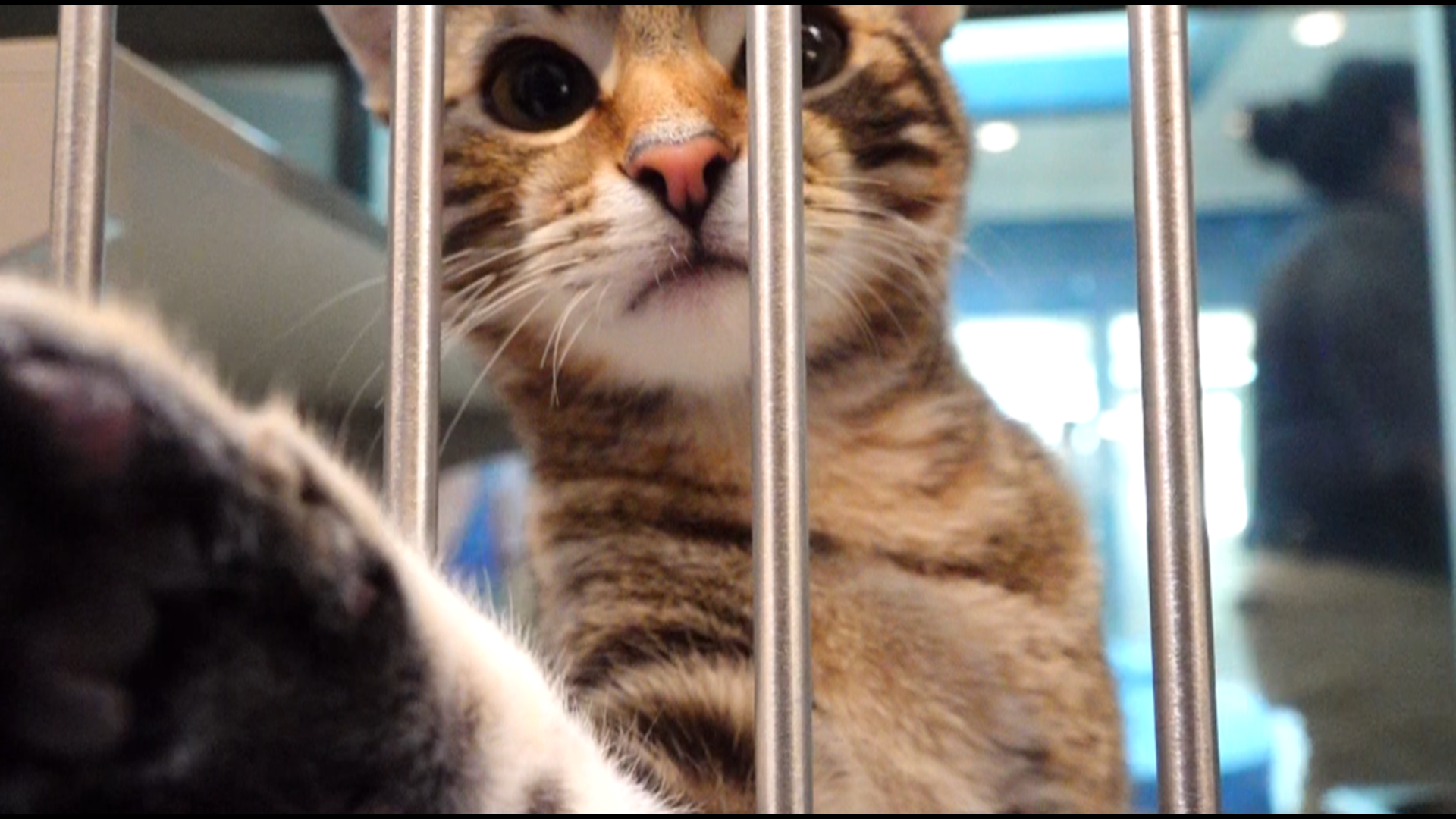 MIDLAND, Texas — It is out with the old, and in with the new at the Midland Animal Shelter.

The shelter was in need of some upgraded space, and boy did they get that space.

“The dogs have indoor-outdoor access, we have get-to-know courtyards and meet-and-greet rooms for the public to interact with an animal of their choice," Leah Lewis, Midland Animal Services manager, said. "We have cat condos where the cats can roam freely and interact with each other. We have a surgical suite so we can perform sterilizations on animals adopted from the facility.”

The new shelter also has a wall filled with pictures of cats and dogs adopted from the shelter, like Track.

“Well, Track has come so far, from us bringing him home as a little distemper dog," Natalie Castillo, Track's mom, said. "We got him right before Christmas, and it really was so touch and go with him. He would just have these fits of wheezing and coughing. You know for a week we just really weren't sure. I didn’t even get him a collar yet, because I didn’t know if he was going to make it.”

The shelter’s staff knew with the right family, Track would not just get better, he would get his collar.

"There were some medical concerns there, and he was being treated, so we were hopeful he would respond positively and make a full recovery, which he did," Lewis said. "So we’re ecstatic he’s here with us today and a success story.”

A success story that is now written on the walls.

While the new shelter might have all the bells and whistles, there is a lot of blank space on the walls. Blank space just waiting to be filled.

"We have a lot more room, so we hope people will come and see us," Lewis said.

In the meantime, there are plenty of dogs and cats to adopt before then.

To see all the animals at the shelter ready for their forever home, click here.