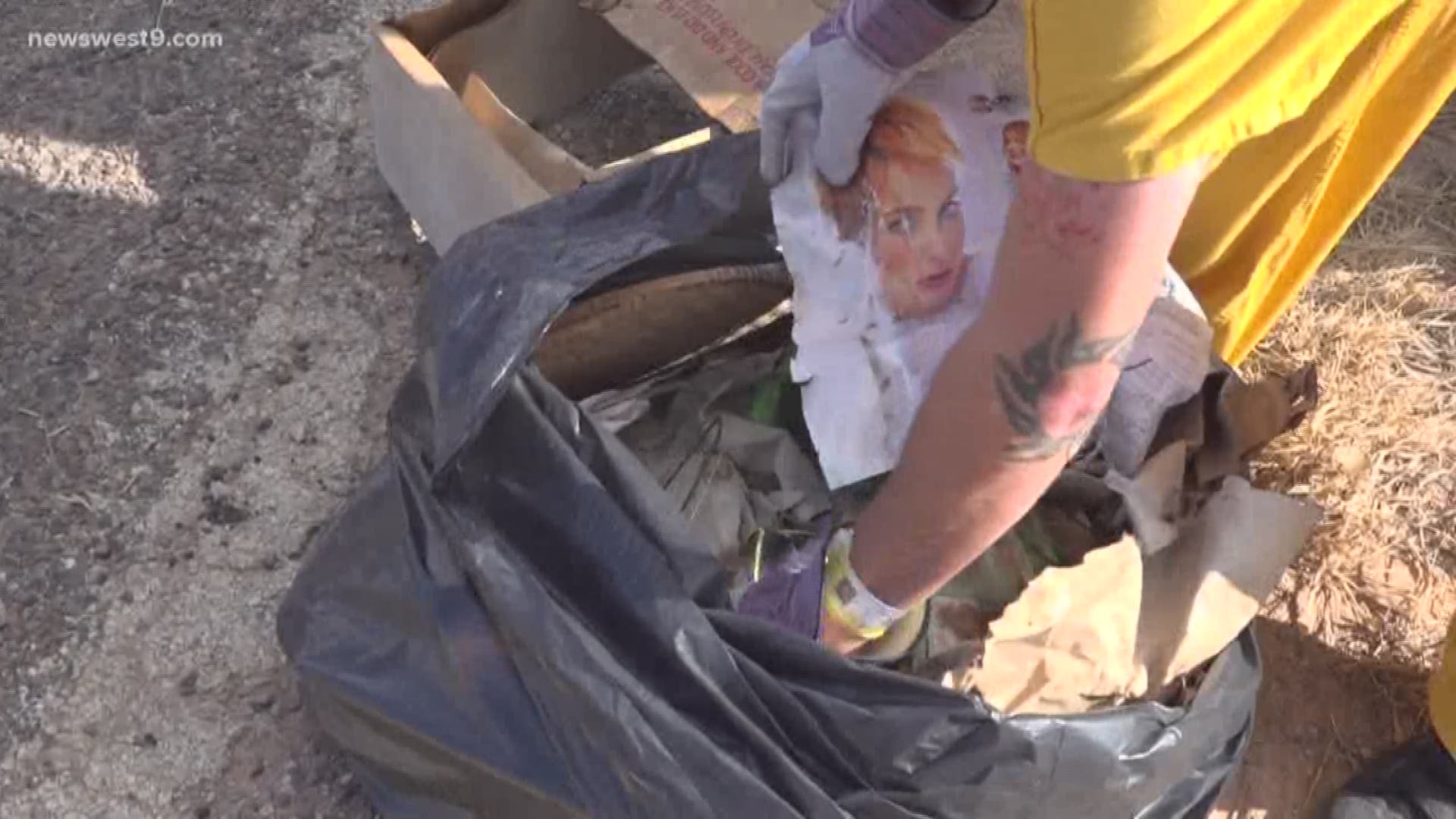 MIDLAND, Texas — Trash is the name, picking up is the game.

It's a typical third Thursday of the month for about five to seven low level crime offenders. And who are these offenders you might ask?

They're people who have unpaid fines for things like speeding tickets or low-level jail time to serve for charges like possession.

This program allows them to pay their debt to society and contribute to the community while also being able to keep their homes, jobs and kids.

"It keeps them with their kids. It's kept a few mothers that I know of out of DHS's eyesites for having their, being incarcerated and no one taking care of her kids, so it helps multiple, in multiple ways," said Anthony Russell, the Community Work Program Officer for Midland County Sheriff's Office.

Offenders must sign up for the program, and violent offenders like sex offenders or domestic abusers aren't admitted.

So what do they find at these trash pick-ups?

"Runs the gambit of your standard trash that would be in any trash bag in a trash can to furniture - couches, love seats, recliners, beds," Russell said.

How much trash do these workers pick up regularly?

"We've had loads that look like they were right at the line limit for the trailer's weight capacity and some loads that are mostly paper and light trash that just have volume," Russell said.

This program keeps the Midland County Jail population lower and it benefits the taxpayers.

"Some of the hardest workers I've seen have been people that came in and just had a $500 fine to work off," Russell said.

RELATED: Mom hides $5 under piece of trash to see if kids pick it up. They didn’t