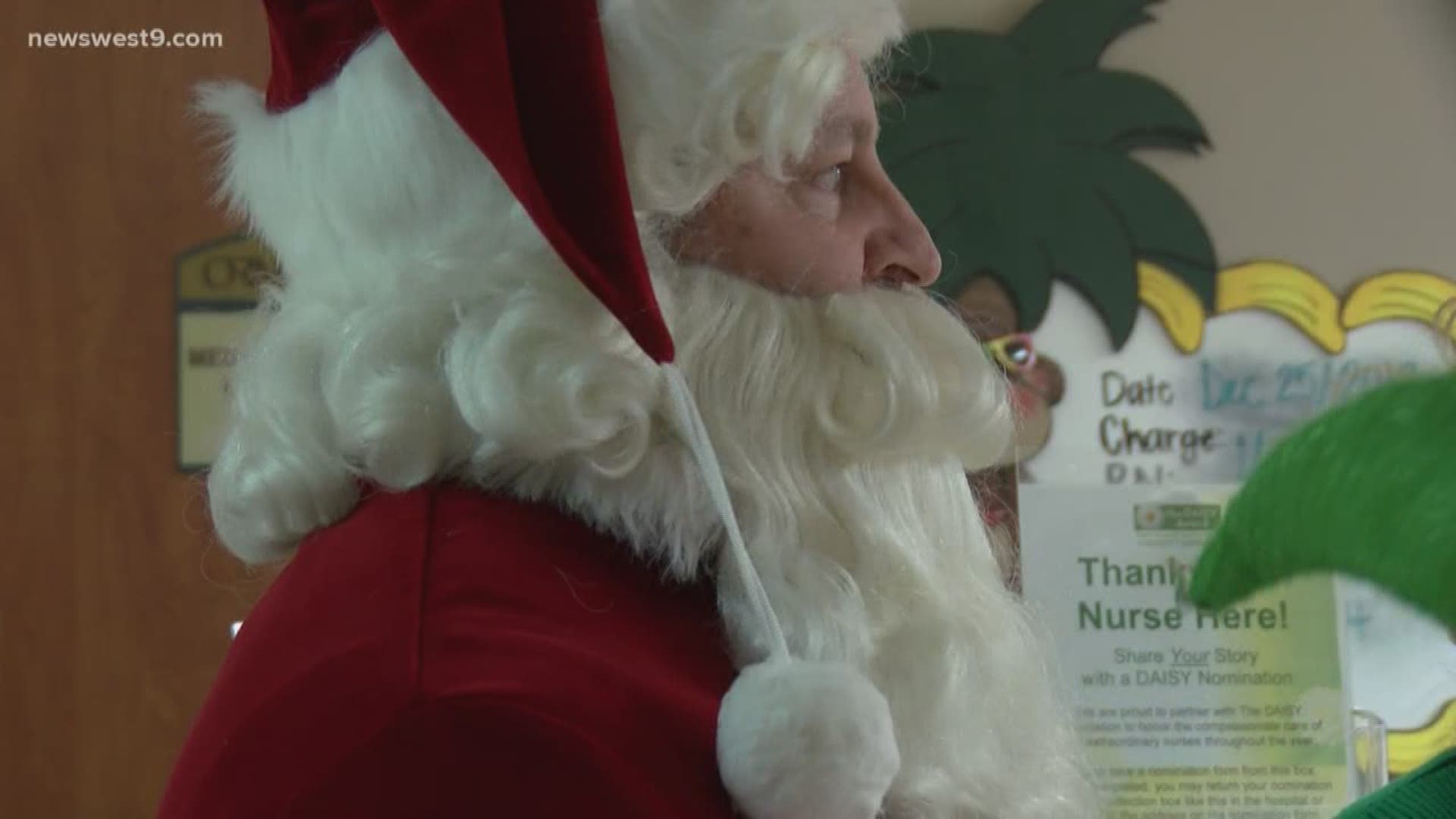 ODESSA, Texas — Christmas day is celebrated every year, but this year's holiday was even more special for the patients at Odessa Regional Medical Center.

Santa, or Odessa Mayor David Turner didn't need a chimney to make his rounds through the NICU and Pediatric department with 40 teddy bears and other stuffed animals.

"I just wanted to deliver some packages to the kids that are in hospitals. Ya know its, they're away from home, they're getting poked and prodded and it's just a way to brighten their day," Turner said.

When Mayor Turner was six-years-old he spent his Christmas in the hospital sick with pneumonia.

He was touched by Santa gifting him with a coloring book and now he's returning the favor.

"Christmas is all about giving," Turner said.

Some say giving is better than receiving.

This is the first year Santa, along with his elf family are spreading Christmas cheer through the halls of ORMC and they plan on returning next holiday season too.