"When you're training here, it’s very much like having mindfulness, being aware what’s going on without really stressing out about it," says Coach Barnes. 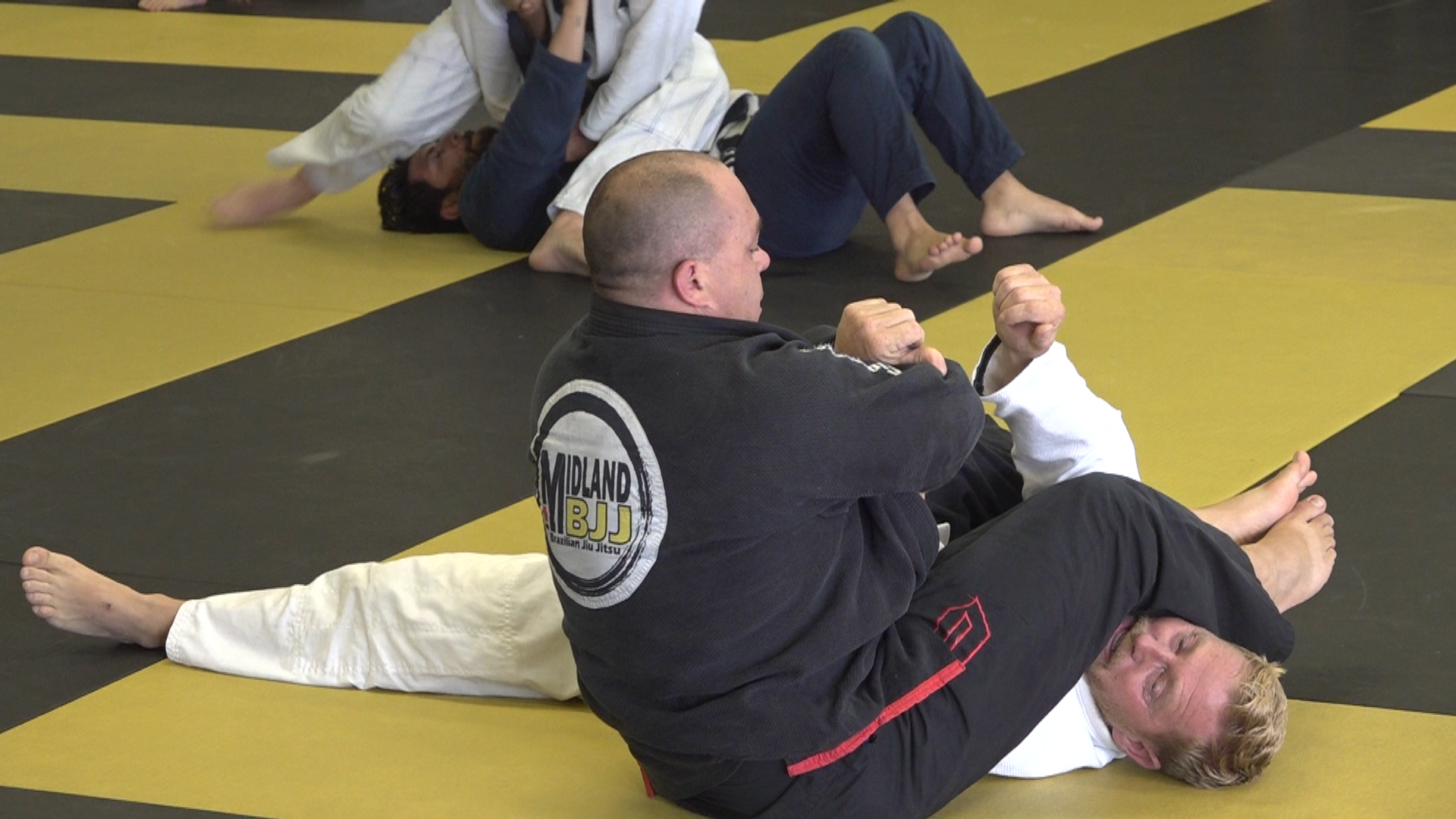 MIDLAND, Texas — At Midland Brazilian Jiu Jitsu, students battle it out on the mats.

"You walk in here and you have people from so many different walks of life," Black Belt Christina Ritter said.

For many people, they attend classes for similar reasons.

"For me this is a way to train my mind to be healthier when you’re doing jujitsu when you’re out here on the mats rolling around with people who outweigh you by 50, 75 pounds and they're sitting on your chest. It’s not comfortable, but you learn you can deal with it and it really forces you to be right there in the moment," Ritter said.

"In my case, the Army or the military, you miss that comradery but you get it in a situation like this where everybody is training hard. You develop really strong bonds with your friends and it’s a great place to kind of relieve stress and try to stay a little bit young," Baise Blake said.

"This is definitely therapeutic. I would say this is equally as therapeutic as therapy sessions with it with a psychologist," says Ritter.

A therapy session, with Coach Brad Barnes serving as their therapist in this case.

"With training you're in the moment. You have to do those things then so you can’t be worried about the problems from yesterday, you can't be worried about what's coming next when you're training here it’s very much like having mindfulness, being aware what’s going on without really stressing out about it," Barnes said.

However, Barnes is also being helped just as much as they are through these classes.

"For me I was diagnosed with PTSD in 2015, a little over eight years of law enforcement in Houston," Barnes said.

He has used martial arts as a form of enjoyment and to also help him cope with his PTSD.

"You just get lost in the technique that you’re learning and get lost in the what if questions and trying to troubleshoot things. You get lost in the rounds you're doing with your friends having a great time pushing each other and then when it’s done you just don’t feel that heaviness that you felt before you walked in," Barnes said.

His hope is that with each class his students can walk away feeling just as good as they do when they come in.

"I come in here a couple times a week. I train hard with my friends, I sweat, I get beat by my friends in grappling but we get up smiling and hugging. It's just a great stress reliever, it's very important for me to have this," Blake said.

"We are doing this for people to help make themselves feel better and be in an environment they feel good in," Barnes said.