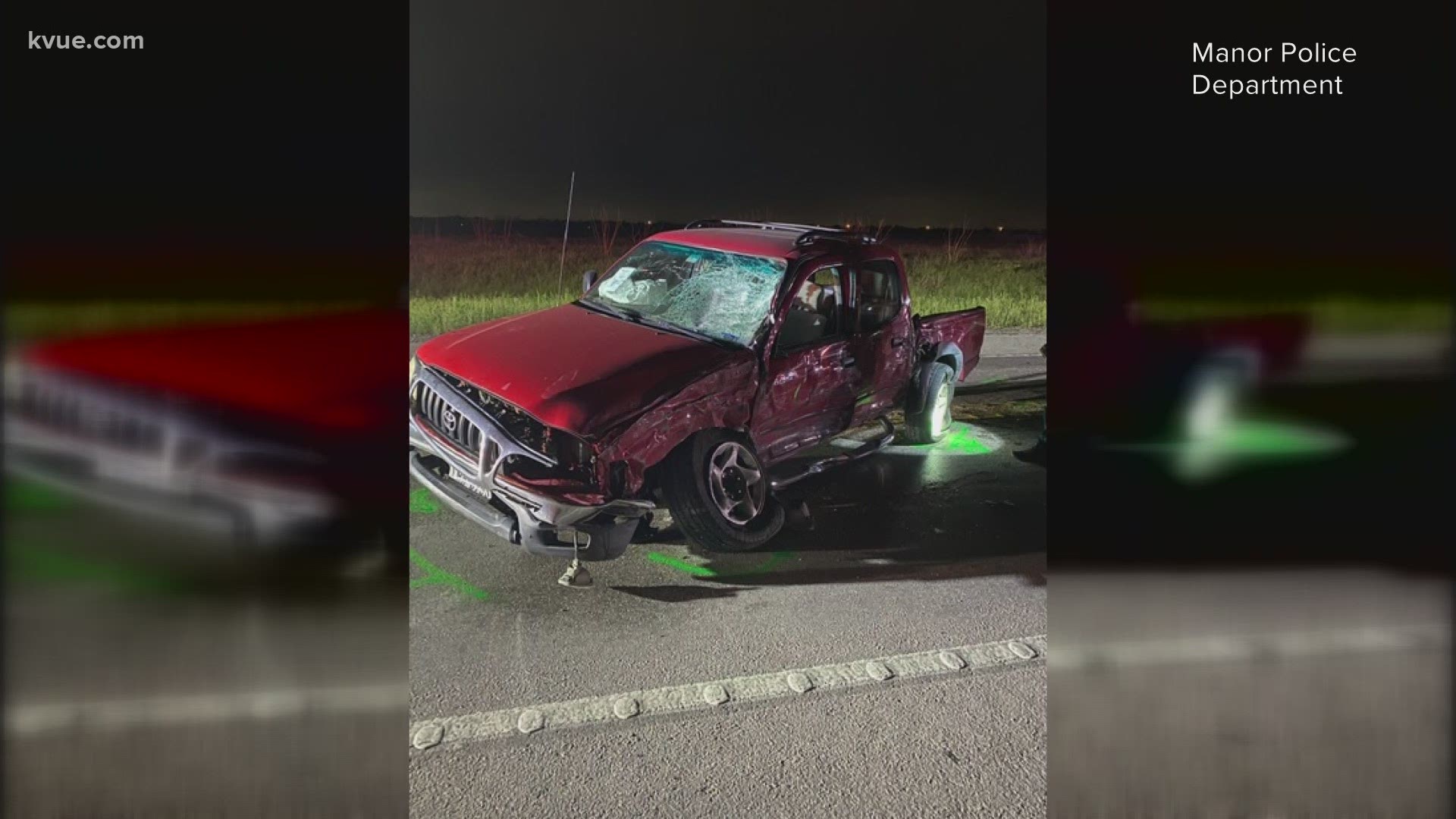 MANOR, Texas — Two Manor ISD students were hospitalized in a head-on crash Tuesday morning along FM 973, according to Manor police.

Police confirmed the driver carrying the students was an 18-year-old female, who was arrested on suspicion of driving while intoxicated.

The Manor Police Department said the crash happened at approximately 2:09 a.m. Tuesday in the 13200 block of N. FM 973. One of the vehicles in the crash had seven Manor ISD students on board and two of the students were transported to the hospital with "significant injuries." One student was transported by STAR Flight and the other was transported in an ambulance, according to police.

One of the two students has been released from the hospital with minor injuries and the other is in critical condition but expected to recover, Manor ISD officials said in a statement Tuesday.

Manor PD said some of the students were riding in the bed of a pickup truck when the crash occurred.

The driver of the second vehicle was also transported to the hospital, but police did not provide an extent of the injuries that person sustained. Officials said both drivers would be tested for alcohol.

Yes, Texas has a COVID-19 case decline, but vaccines are the reason why, experts say

Coronavirus updates in Central Texas: What to know Tuesday