She became a nurse because of her kidney transplant, then she needed another one 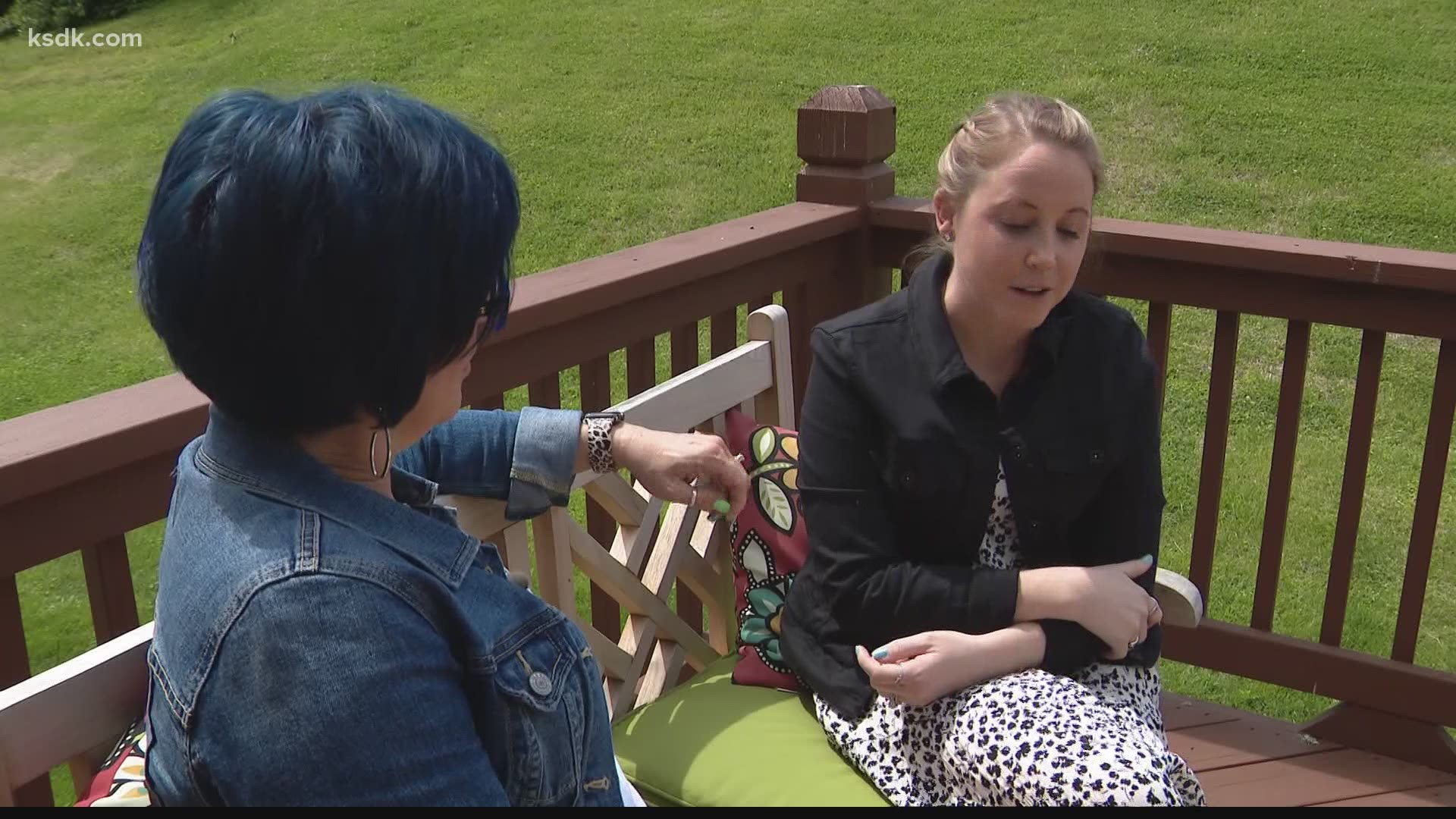 ST. LOUIS — Some people are the pillars of our life.  Always there when you need something to lean on.

That sums up the relationship between Erin DeCarlo and her cousin Danielle Tydor.

"I just love her so much," DeCarlo said.

DeCarlo still remembers the day Danielle came home from the hospital.  And all the other days when she had to go back there.

Danielle was just 11 when — because of complications from her type one diabetes — she needed a kidney transplant.

"Being quote-unquote different from everyone else, I didn't like that spotlight of the sick kid," Tydor said.

But as it turned out, the transplant changed her life. And her direction.

"I knew when I was 11 asking those nurses everything, how did they know what to do? How did they learn all this? And I knew at that point, this is what I want to do," she said.

As a little girl, Danielle spent many nights as a patient at SSM Cardinal Glennon Children's Hospital.

And that's where you can find her today, as a nurse, caring for other children in the neonatal intensive care unit.

"To have the experiences that she had and be able to share those with other people and care for other people, the way she's been cared for, I thought it was perfect for her," DeCarlo said.

"I've watched her struggle with her health her whole life and, if I can do something to give her just this much of feeling better, I want to do that for her," said an emotional DeCarlo.

And after months of testing, Erin told Danielle the good news. She was a match.

"It was a pretty great feeling, overwhelming," Tydor said with a laugh.

"She told me," said DeCarlo, "I keep having dreams that you're gonna call me up and tell me you changed your mind. And I said that's never gonna happen so you can stop having that dream."

Doctors said the surgery was a success and two months later on April 10, Danielle returned to work. April 10 was also Erin's 52nd birthday.

"I don't want to say the surgery was simple but it was you know pretty simple. They took great care of me," DeCarlo said.

Danielle said gratitude has always been her attitude and even more so now, since her cousin gave her a second second chance.

"I feel like every time I get this chance I just don't want to take anything for granted, and I want to live a good life and do as much as I can with it," Tydor said.

Danielle Tydor and Erin DeCarlo. The x-rays show they shared a kidney.  But history shows they've always shared their heart.