"If you drive up Highway 349 and see all the subdivisions there, yeah, our water system just wasn’t built to service that part of town.” 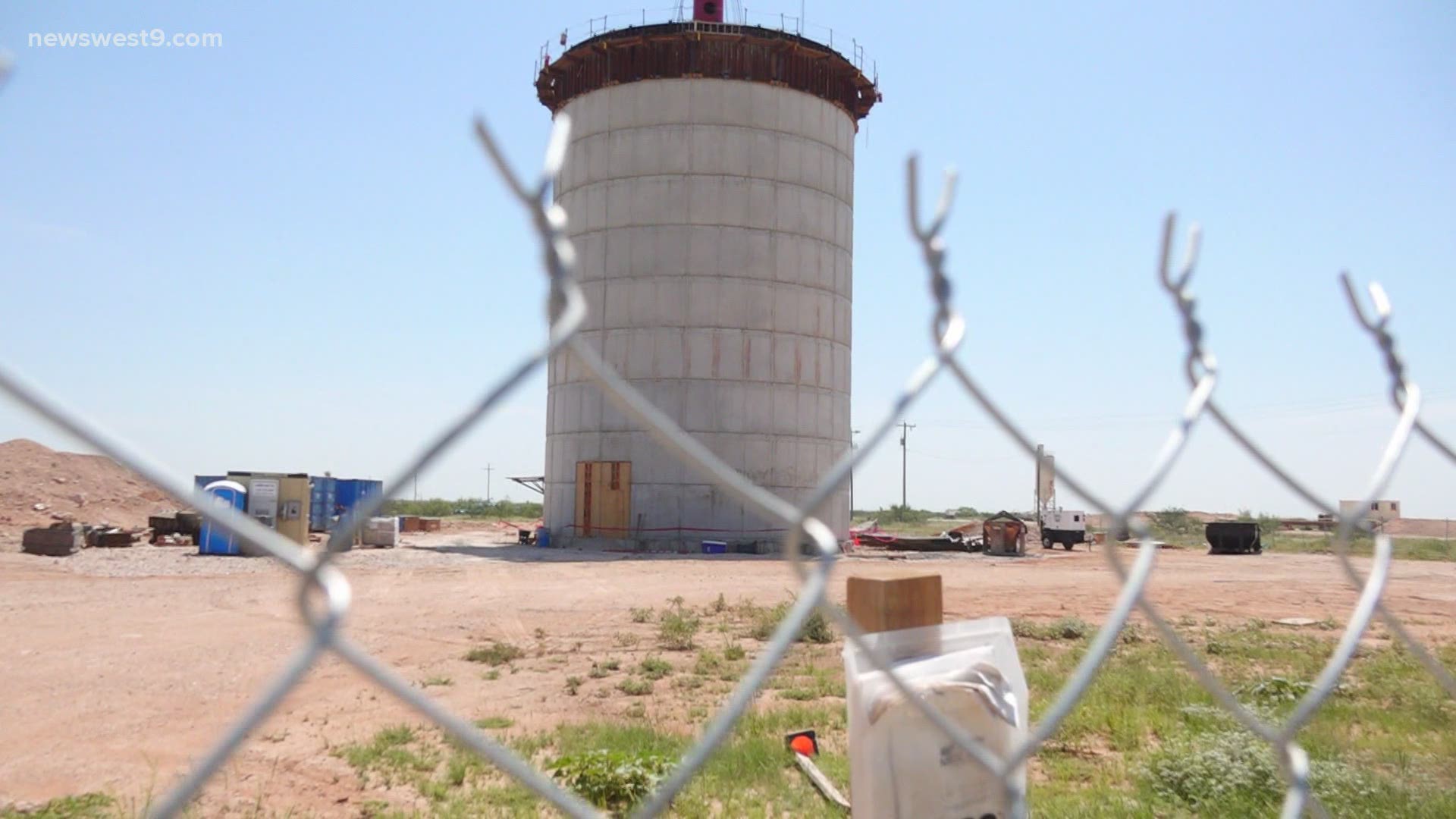 MIDLAND, Texas — Midland’s population continues to boom, but our infrastructure is having a hard time keeping up.

One area that has seen major growth the past decade is northeast Midland, the area that is now called Lone Star Trails.

“So that area of town is exploding," Carl Craigo, City of Midland Utilities Director, said. "If you drive up Highway 349 and see all the subdivisions there, yeah, our water system just wasn’t built to service that part of town.”

With development not slowing down, the city is in need of updated infrastructure.

They are working on two major water projects underway.

The first one involves getting more water and water pressure to residents.

“It’s some of the lowest pressure in our system," Craigo said. "We were serving it, but the pressures was getting to the point where we needed a new elevated tower.”

The $24 million dollar project includes not only a water tower but a pumping station and about 10 and a half miles of pipeline.

“If you travel up Big Spring and get to about Craddick Highway that’s the new elevated storage tower," said Craigo. "There’s a new pump station off Midland Drive and a pipeline that’s going up to that elevated storage that will help serve another 10,000 connections on the northeast side of town.”

The other project will be updating the sewer system.

Right now, the northeast Midland pumps its sewer into 349’s sewer line-a line that downtown Midland uses and is already at max capacity.

Midland’s population continues to BOOM but our infrastructure is having a hard time keeping up. The city’s in the midst of two MAJOR water projects near Lone Star Trails area. 1/3 @newswest9 pic.twitter.com/IKdPbI8ctW

This new $23 million dollar system will instead utilize gravity, as the northeast side of town is the highest elevation in the city.

The pipelines will flow directly to the wastewater facility.

“It’ll help relieve the system," Craigo said. "This pipeline will not only serve the north and east side of town but it’ll relieve some of the other parts too helping the wastewater plant.”

The water tower project will be completed in a year. The sewer project has not even broken ground yet. The city is hoping to open the bid in the next 6 months for contractors and then once that is squared away construction will take about a year and a half.