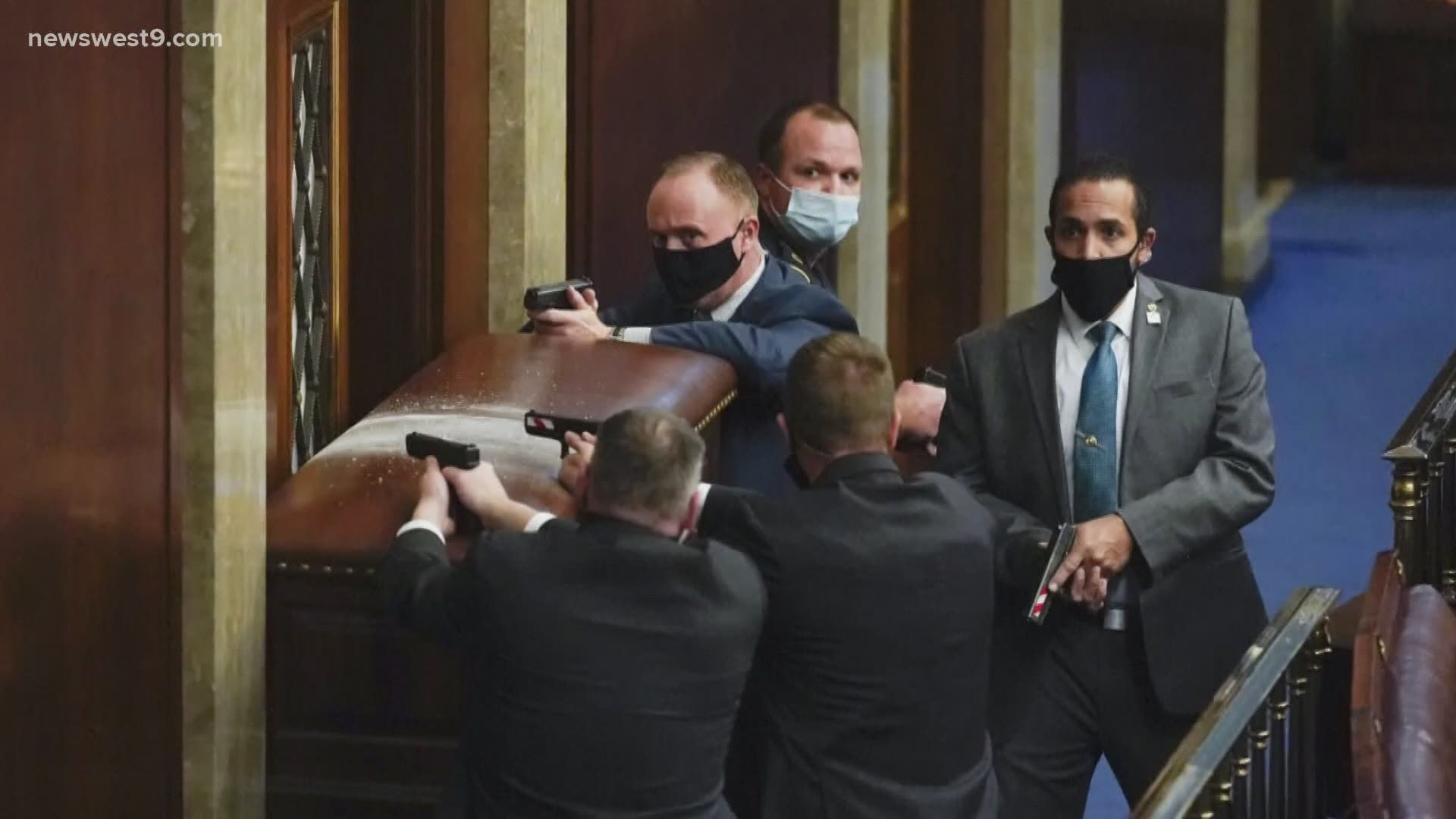 MIDLAND, Texas — Chanting, climbing, shattering glass-all of which was seen and heard at the United States Capitol building Wednesday.

DC police, Capitol police, national guard all trying to stand their ground as the chaos unfolded.

But how could this happen?

"I would suggest that this was definitely in line with a worst case scenario," Seth Herman, Midland police chief said.

A report from the Washington Post said DC police participated in several planning meetings with Capitol police and other agencies, prior to the protests.

Our own police chief in Midland explains that these preemptive plans are critical.

"Any time that information is funneled to a law enforcement agency within an area and it's their area of responsibility, obviously they initiate plans geared toward addressing that specific event," Herman said. "From not only the surveillance teams, but to the reaction teams, first line teams and so on."

However, when things happen on the scale of what happened Wednesday, things can still go awry.

Chief Herman said the scale of which people were gathering and forceably acting is what he believes was the cause of the breach.

"I think when you have that many protestors, to plan for that scale of an event, it takes so many personnel at every level. Not only the command level, but from logistical standpoint, communication standpoint. There's so much that goes into an event that large," Herman said.

So when events like these happen, law enforcement need to prepare by evolving to the circumstances and shifting their training exercises in the future to simulate these new encounters.