The ad that was originally submitted had a 'WE BACK THE BLUE' sign in one of the main images. The ad was deemed it to be too political for the September edition. 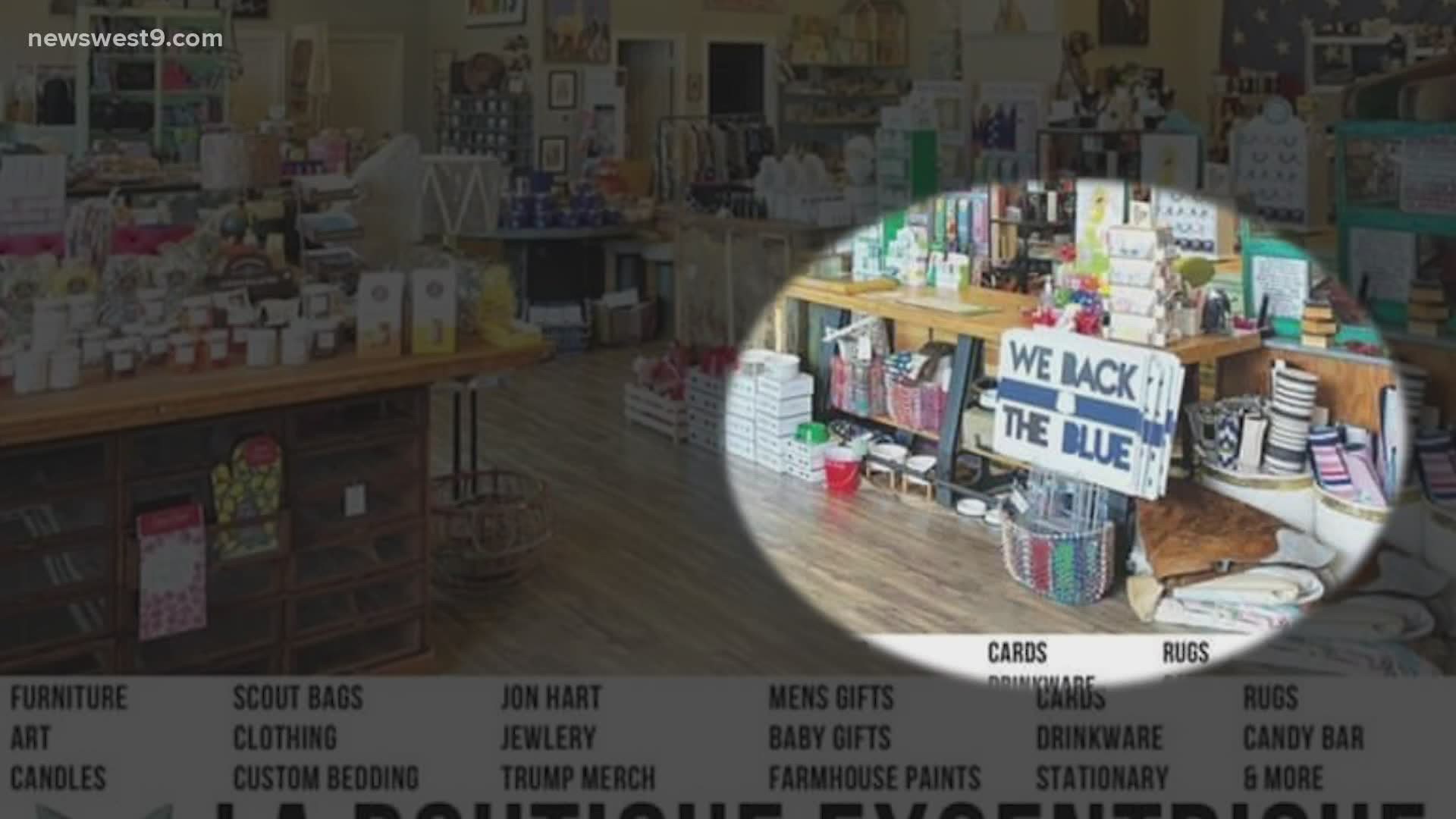 ODESSA, Texas — Texasliving magazine and a boutique in Odessa had planned to do business together until the ad that the local boutique sent in was rejected after the magazine deemed it to be too political.

Inside of Wylea Brown's boutique, there's a large variety of items.

"People don't really realize that we have a little bit of everything," said Brown.

Brown has poured her heart and soul into her store, La Boutique Excentrique. You can see it in the merchandise.

"I am married to a police officer, we do back the blue," said Brown.

Inside of her store, there's back the blue merchandise that's available for purchase, and a portion of the proceeds are donated.

"In this overall picture is 'we back the blue' sign, again it's not zoomed in or anything so the email I received is that they can't run that ad because of the political background," said Brown describing the photo that was considered problematic in the ad.

"I needed to know what she was describing as a political background because I didn't understand. I ended up calling her, I found her phone number and called her, and her exact words were the back the blue sign that was in the picture,"   said Brown.

The ad that was originally submitted had a "we back the blue" sign in one of the main images that was supposed to be published in the September edition of the magazine.

A representative who works in Texasliving's art department told Brown they cannot have any political semblance printed in their magazine in an email with an alternative ad option attached, while also noting this isn't the first time they've turned away an ad.

"There was never anything spelled out as far as what we could or couldn't do," said Brown.

Ultimately the two businesses decided to not work together.

A boutique in Odessa decided to not do business with @TxlMagazine after their ad with the back the blue sign was deemed too political to publish. The second picture was what they were suggested to run instead. Full story tonight on @newswest9 @ 6 pic.twitter.com/6KBeJsx2ET