The parade was supposed to begin at 9 a.m. but was called off due to the threat of lightning. 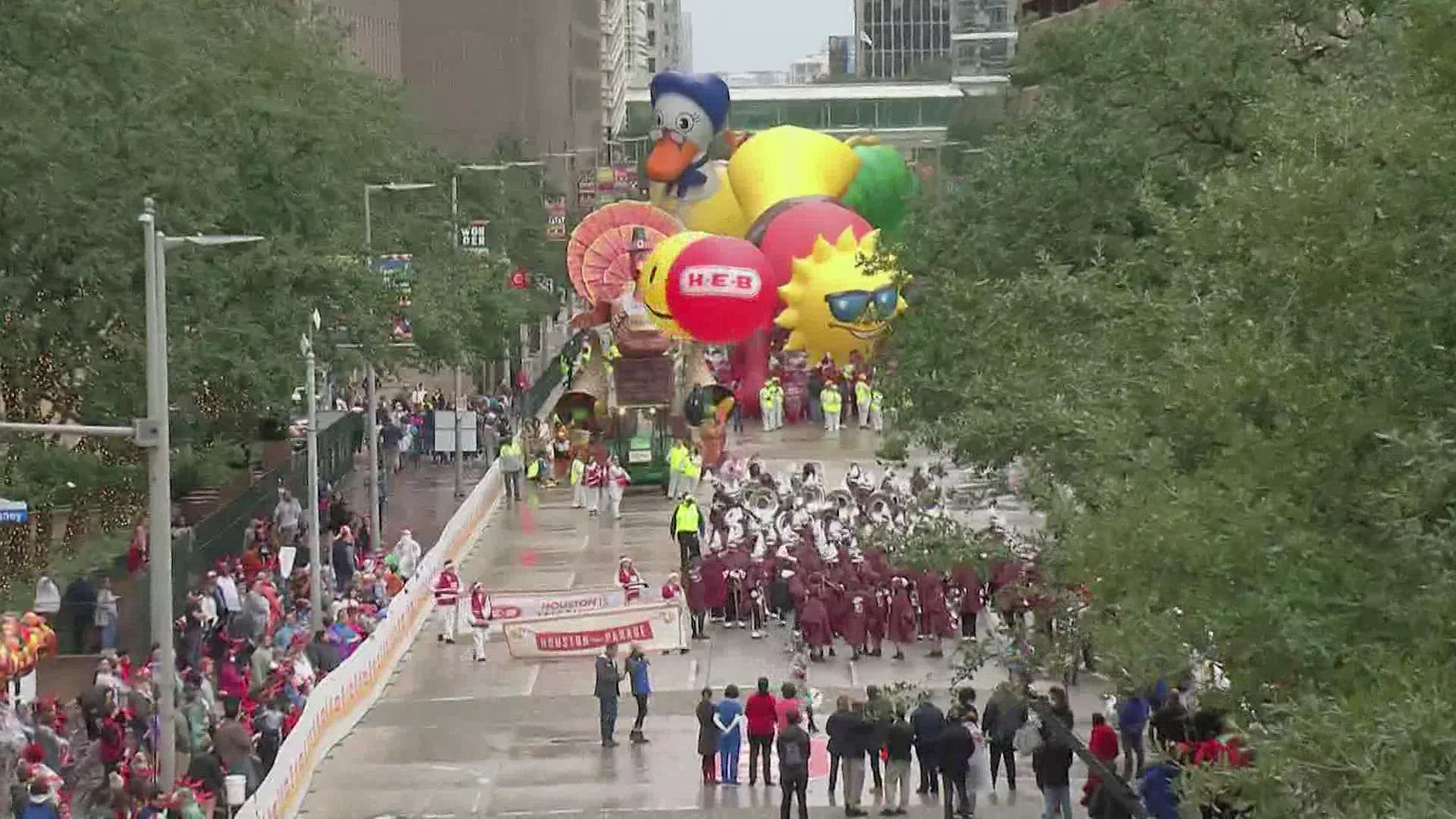 HOUSTON — With just minutes to go until the start of the H-E-B Thanksgiving Day Parade in downtown Houston, the event was canceled.

KHOU 11's Mia Gradney broke the news to the crowd and on TV.

After the cancellation, Houston Mayor Sylvester Turner told KHOU 11's Ugochi Iloka that it wasn't worth the risk.

"Either you adhere to Mother Nature or you pay the price,” he said.

He would later tweet that it was called off due to the threat of lightning. He said earlier that the parade would go on rain or shine, but did say that lightning could change that.

Since I became Mayor, I have always mentioned that the safety and well being of Houstonians are my top priority.

Due to the potential threat of lightning, we had to make the unfortunate decision to cancel this year’s @HEB parade. (1/3) st #Thanksgiving

Floats were deflated and paradegoers headed back home, but as Dr. Peter Hotez, who would have been grand marshal, said, it wasn't a total loss.

"In this time of the pandemic, you learn to expect disappointment," he said. "On the other hand, we got a good chunk of the parade in and we got to speak a little bit about the heroism of my colleagues at the Texas Medical Center, Texas Children's Hospital, Baylor College of Medicine, so that was very meaningful for me."

People came from all over for the parade, including Jennifer Halkaski, who drove in from Colorado Springs, Colorado. Halkaski, who lived in Houston before moving three years ago, said the parade is a tradition.

"Pretty bummed out about it," she said. "We did get here at 7 in the morning, and nobody was here, so I was a little surprised no one was here, but now I see why."

If you bought tickets to the parade, the city says refunds will be available through Etix.

From Susan Christian with the City of Houston: “While we are disappointed that we are unable to commence with the H-E-B Thanksgiving Day Parade, we will always err on the side of caution in order to ensure that our parade participants and patrons are safe." 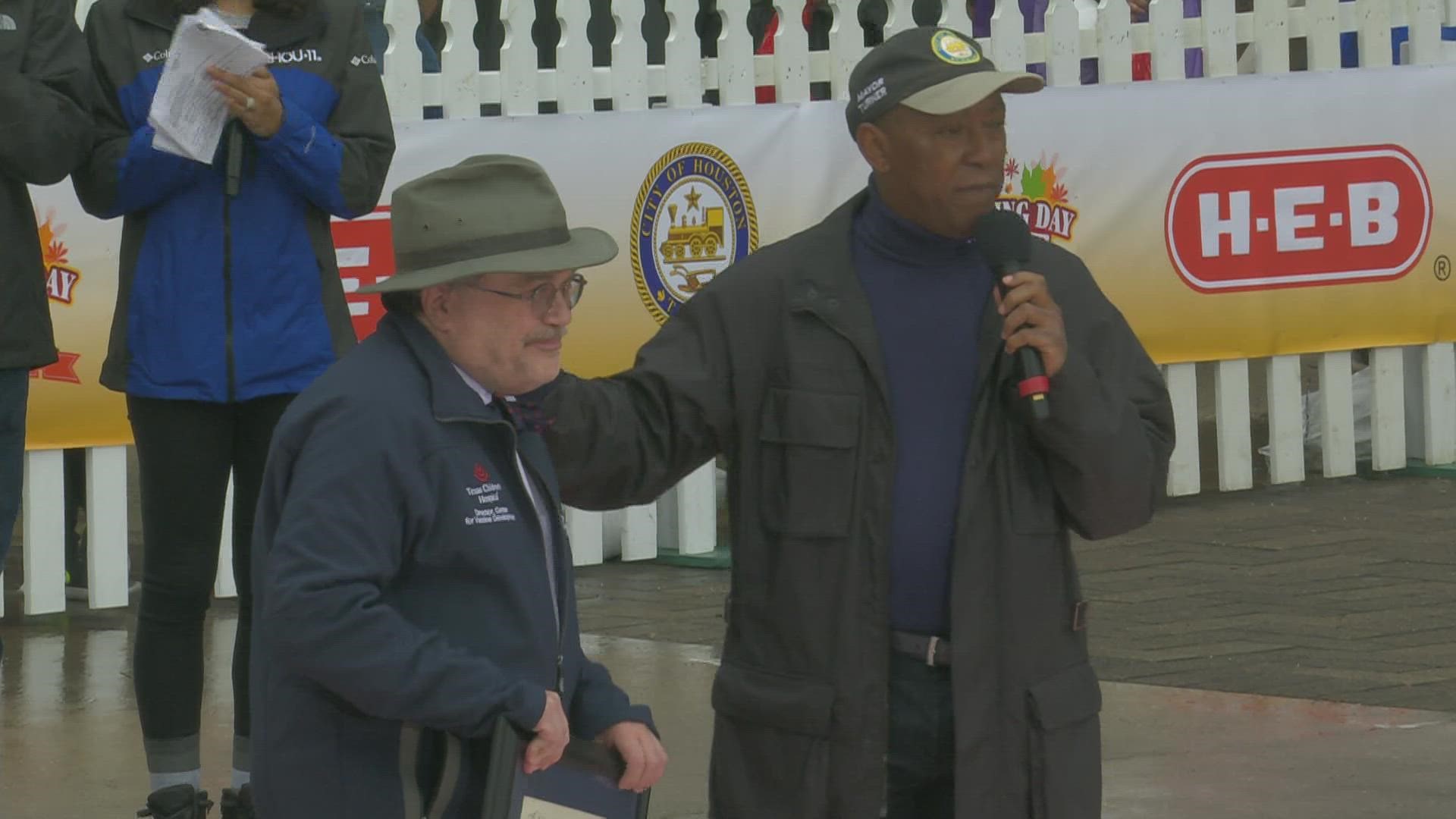 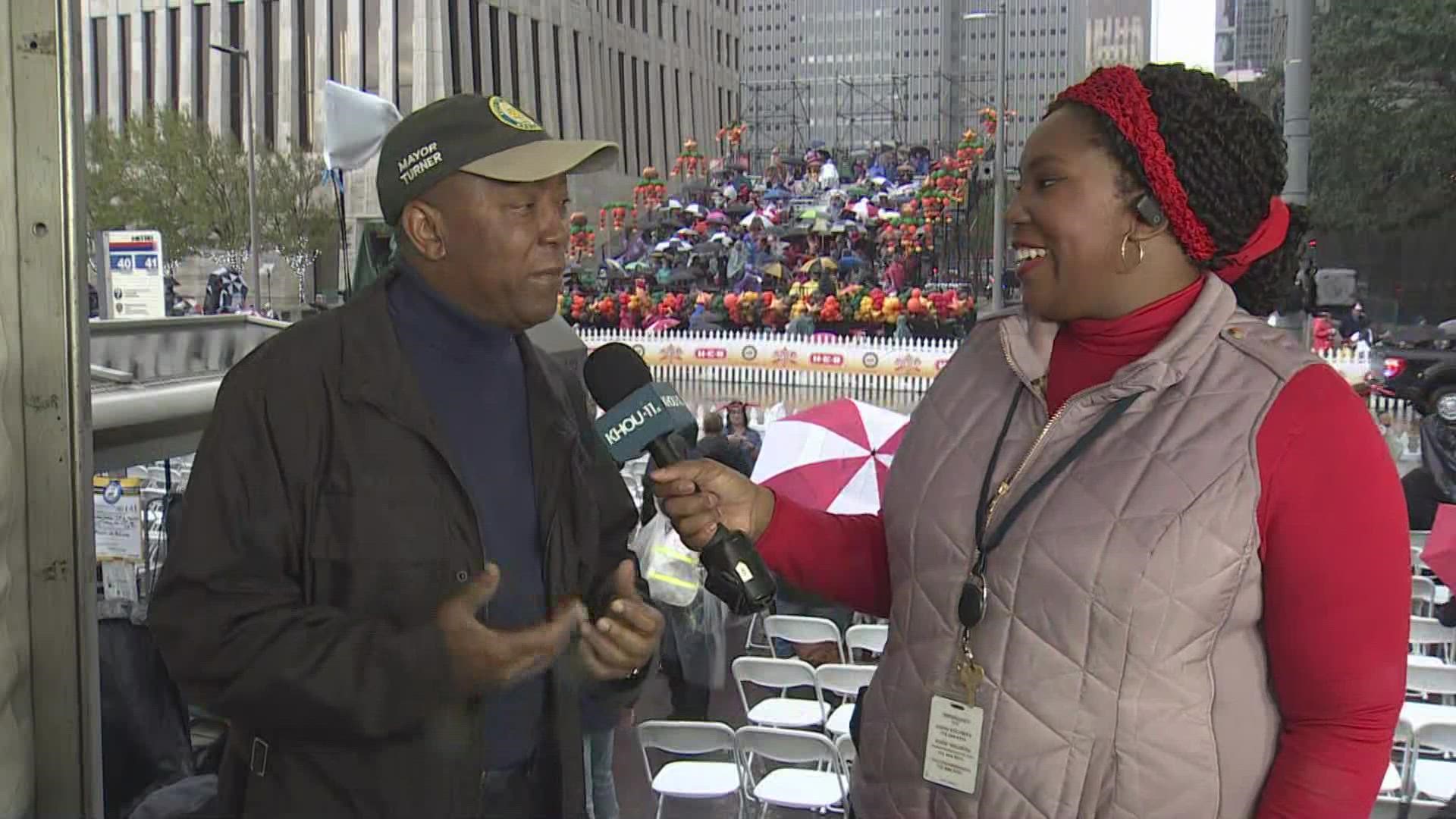 Michelle Choi spoke with Susan Christian with the city of Houston, who says as of now, the parade is still on.

KHOU 11 is on the air live with pre-parade coverage.

Good morning #Houston! We are here, tracking the weather for you, waiting to see if we are having our Thanksgiving Day parade! The rain has started. @KimberlyDavistv @StephKHOU @chitakhou @AddisonGreenWX @MichelleKHOU @UgochiKHOU @KHOU #Thanksgiving pic.twitter.com/88mJIUx3BN

Cirque du Soleil is scheduled to kick off the parade, weather permitting. Reporter Ugochi Iloka has a preview.

The theme of this year's parade is 'The Heroes Among Us' and one of the biggest names in fighting the COVID pandemic is Dr. Peter Hotez.

How the floats are made