Although the bill going through the Texas legislature allowing permitless carry hit a bump, license to carry instructors worry about repercussions of the bill. 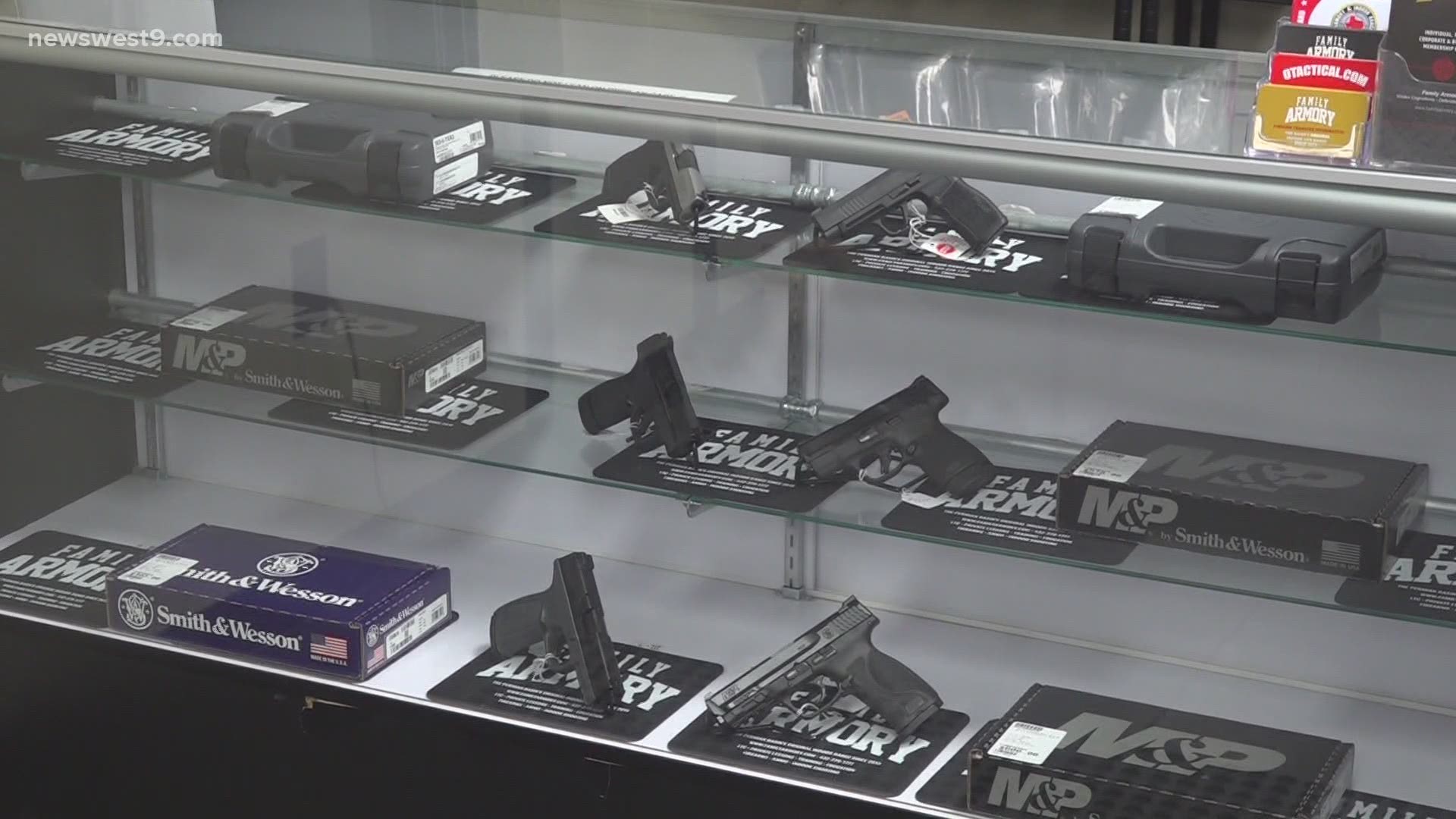 MIDLAND, Texas — Texas governor Greg Abbott has said that he would sign a bill for permitless or constitutional carry if it makes its way to his desk. That has become cause for concern for license to carry instructors.

While there is a lot of support for the bill, there is also a strong group in opposition to the bill. In order to have a concealed handgun, people are required to take a license to carry class and go through training. For license to carry instructors, these classes and trainings mean safety and knowledge of the law.

"I know a lot of people are for it, and there’s some who are against it. What we care about is that you’re at least trained and know the laws. So we want to be certain that the person carrying on their hip next to you at least knows the laws minimum and then further educates themselves," Ari Thomas, a license to carry instructor at Family Armory, said.

While those in favor of the bill believe it will make communities safer, Thomas is a little more skeptical.

"It kind of opens up to where you are suspect of everyone so you don’t really know who to trust and who has training. Being in the industry a little bit longer you can kind of tell based on what they’re carrying and what they’re carrying it in if they actually care about it and if they have trained," Thomas said.

Not only that, but there is the possibility that it could make a police officer's job more difficult.

"If they even know you're the bad guy or the good guy and that's already dealing with you being a good guy and being licensed so they really want to know. Some officers have expressed a concern over that and how they can differentiate who's allowed to carry and who's just carrying because they heard they can now," Thomas said.

Even if you can get a firearm, knowing the laws associated with owning and handling a gun are just as important.

"I just think that it’s important for you to know the laws that are relevant for any sort of holder licensed or not licensed in the future as far as any sort of basic firearm safety," Thomas said.