"In the real world people don’t have the opportunity to go out and break stuff, here we give them the liberty to do pretty much what they want, liberate themselves." 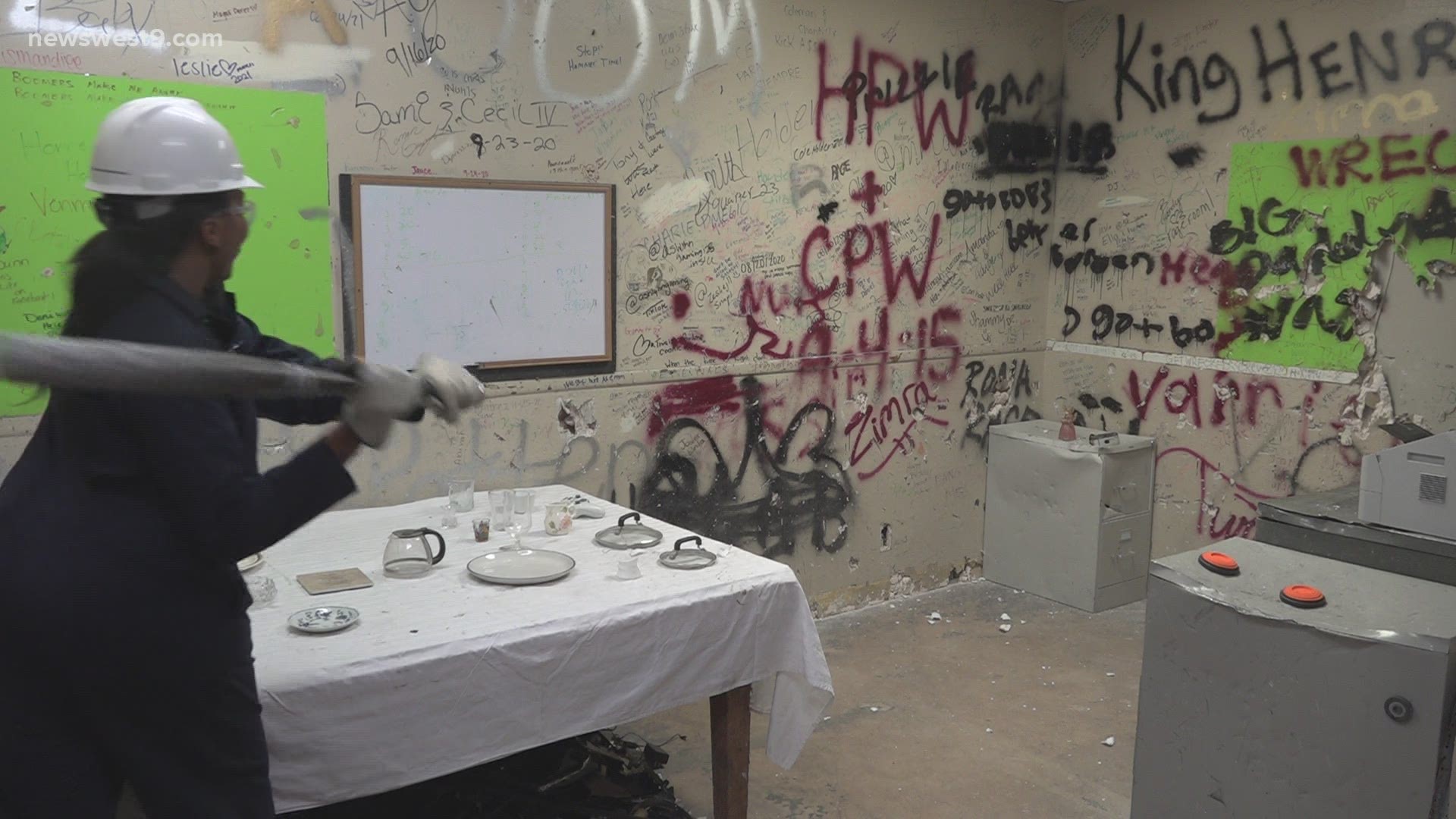 MIDLAND, Texas — Inside Kingsway Antique Store, you can buy a wide range of antique pieces and collectables.

However, the antiques aren’t the only thing Jana offers customers when they walk in.

A small room where you can relieve all your stress, anger and frustrations.

“We named it Liberty City Rage Room because basically out in the real world people don’t have the opportunity to go out and break stuff so here we give them the liberty to do pretty much what they want.. liberate themselves.”

The Rage Room was started by Morrison's sons, Jared and Jason.

"We have seen people come in where they’re so stressed out and whenever they leave they're like that felt so good," says Jason

You can choose from five different activities; from office annihilations to dining room destruction. Just grab your weapon and get to wreaking.

The brothers came up with the idea of a rage room because of the effect COVID was having on glass sales at the shop last year.

“At that time we had an awful lot of items we couldn’t sell because our sales were slipping because of COVID so we thought man we need to do something with this glassware that’s not selling, so we thought start up the rage room and we start to put it in there and it caught on pretty fast and we've had booking pretty much every night we've been open,” says Jason Morrison.

Liberty City quickly caught the eye of a certain group of people during the pandemic, women and healthcare workers.

“I had no idea that women would love it as much as they do and they come out of there and they’re so relieved and its so cathartic, says Jana Morrison, I went in there after I had COVID and broke a lot of things and it felt really good.”

Whether it's the COVID pandemic or just a bad day at work, people are really shattering some of their stress here.

The Liberty City Rage Room is also accepting donations of any items you would no longer like to use, you call them at 432-756-6050. To make a reservation at the rage room, click here.