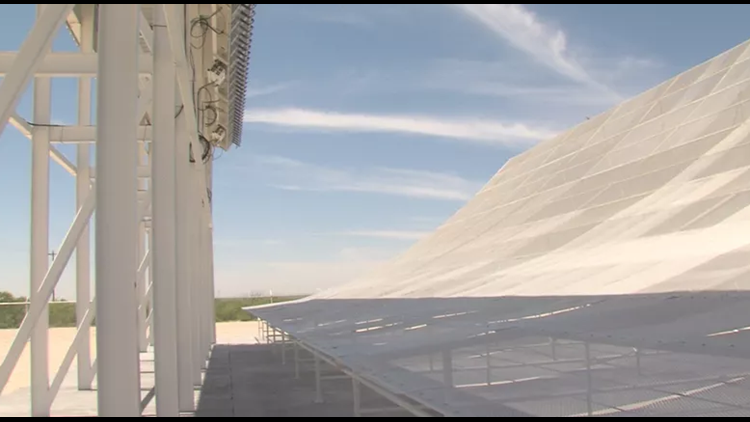 The company, which has a phased-array radar in Midland, Texas, plans to expand its network across the globe as well as enhance its software platform.
Author: Kirsten Geddes
Published: 3:58 PM CDT July 27, 2018
Updated: 5:15 PM CDT September 4, 2018

(KWES) - LeoLabs, a startup that tracks spacecraft and debris in low Earth orbit, announced that as of July 26 it has raised $13 million in Series A funding.

The funding was led by WERU Investment of Tokyo as well as Airbus Ventures, a European aerospace investment group.

The company, which has phased-array radars in Fairbanks, Alaska and Midland, Texas, plans to expand its network as well as enhance its software platform.

At this time the startup only employs 15 people to manage its two stations. LeoLabs hopes to expand to 25 employees throughout the next six months and hops to grow even further in 2019.

The company hopes to have six functional radars across the glove within the next few years. Customers will then be able to use the radars to take a look at objects in low orbit, including rockets during a launch or satellites that might be down.

PREVIOUS STORY: Space radar in full operation in the Basin