The renaming committee met at Lee High School to continue their discussions about changing the name of the school, they were joined by students in protest. 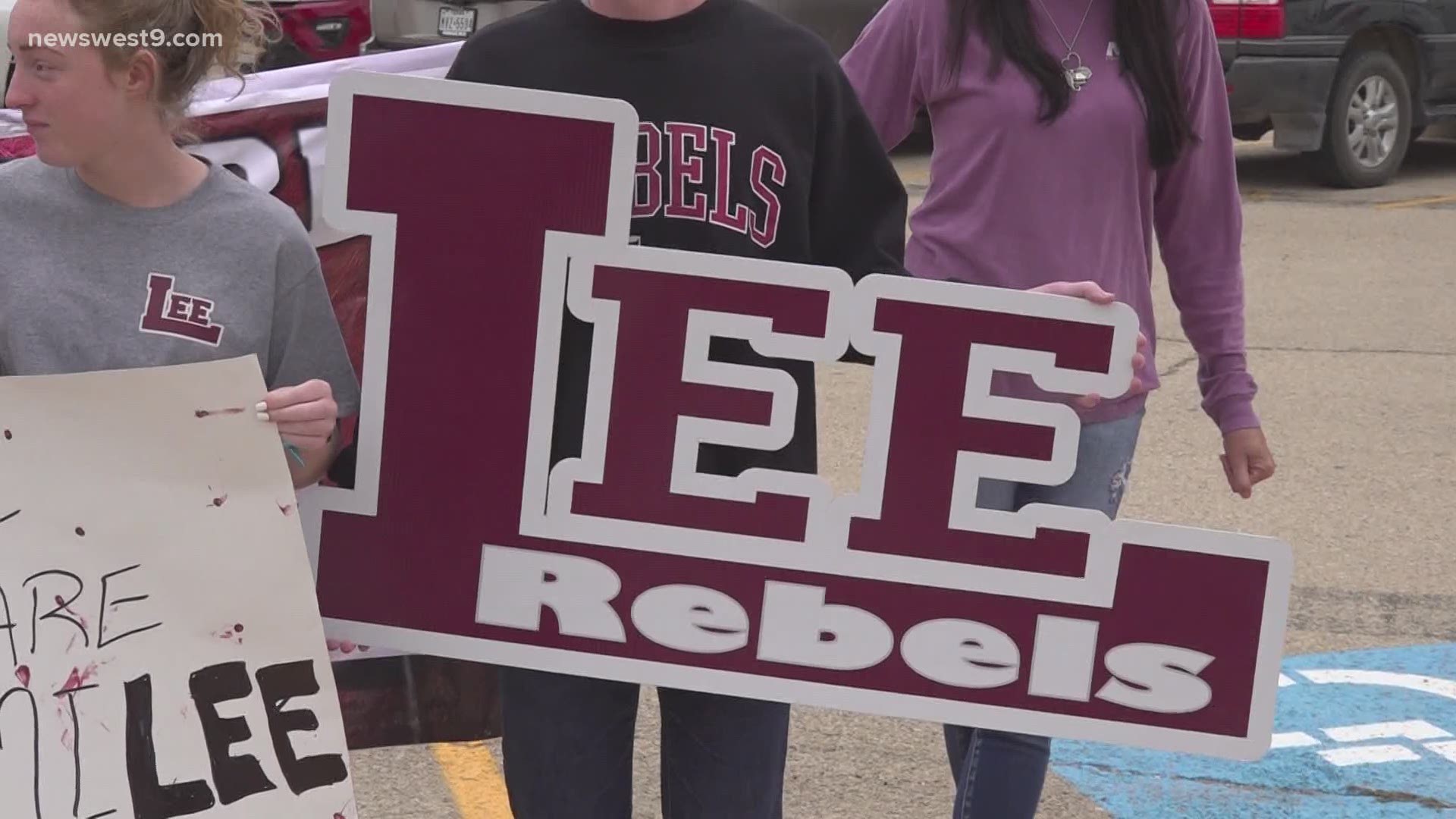 MIDLAND, Texas — The renaming committee met at Lee High School to continue their discussions about changing the name of the school.

However, they weren't the only group of people there.

Students were all over Lee High School several hours after classes had ended for the day because they wanted the renaming committee to hear their concerns over the name change.

"Most of the commonality on all the signs was hear us, hear us, hear our voices, and then you have the save Lee, save rebels, rebel football, LHS. I just feel like these kids, we're growing them to be adults. They should have a right to be heard. Most of these guys are gonna be participating in the next election next year so it’s important that they be able to express that freedom," Carie McNeil, a former Lee parent said.

On Thursday, students at Lee High School protested several hours after classes had ended for the day because they wanted...

As for the students themselves including Claire Hobbs, they see the name not only as a point of pride but as the center of their second family.

"There are families that have been going here for years and so there’s just a lot of pride in the name and like how we all come together as a family. While I’ve been at Lee, there have been things like COVID happening and then just kind of a lot going on but like you can always go to your family," Hobbs said.

McNeil sees this rally as incredibly important for people to see and understand that this fight isn't over.

"Absolutely, I think public awareness is important. I think they need to understand that this is a fight we're willing to dig in on and we’re going in on the long-haul. We’re not gonna walk away," McNeil said.

Above all, McNeil believes that students should be able to express their rights without adults pressuring them.

"I believe they are doing both. Our students are doing what we ask them in what they’re doing. They're trying to talk to any adult that will listen. They have their two advocates that are obviously on that naming committee. There’s a lot of background pressure, I just wish the adults would step back and let these children express their rights," McNeil said.

The students plan to hold more of these rallies if necessary.