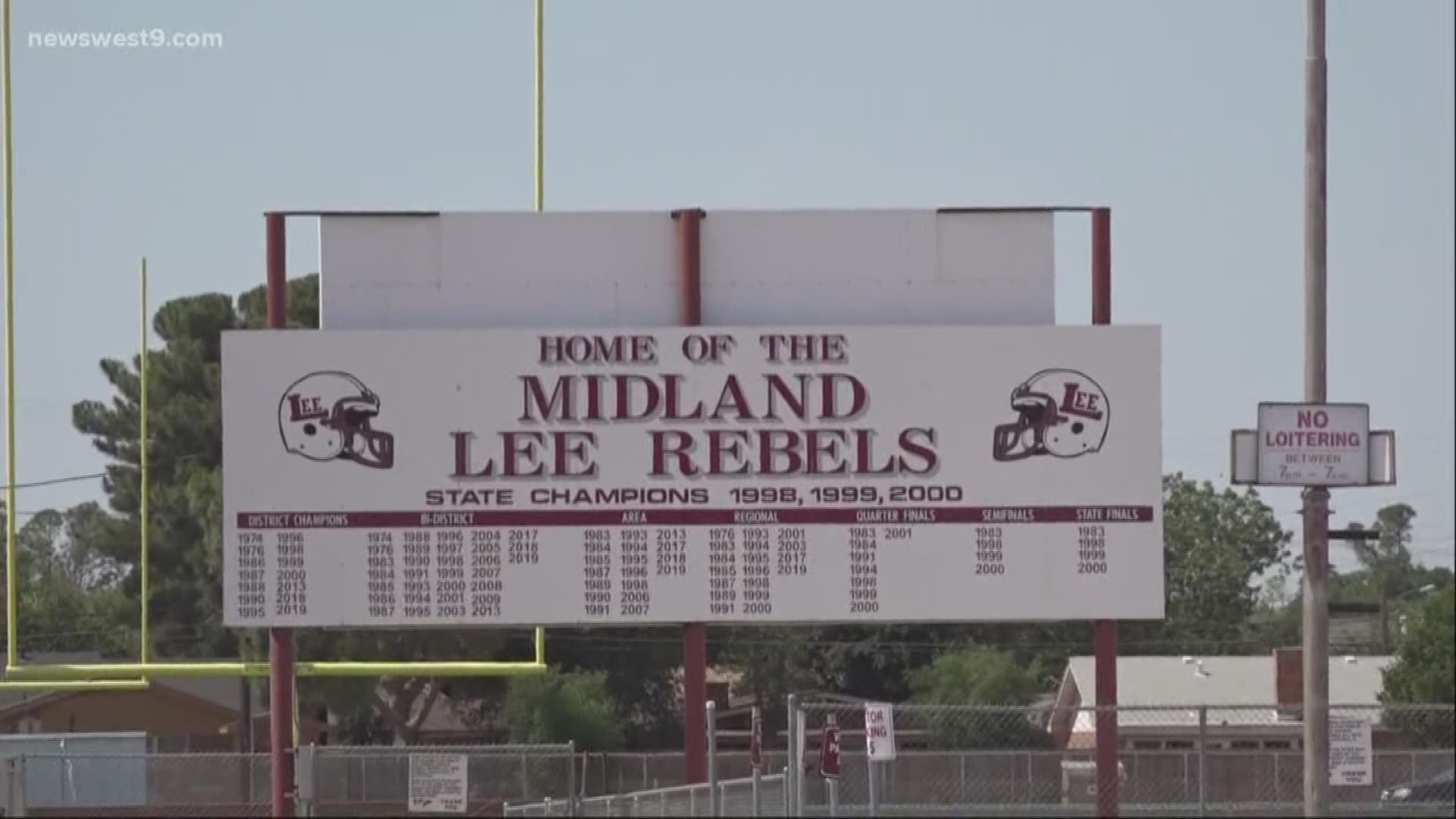 MIDLAND, Texas — Courtney Ratliff hopes to see change. Ratliff is the man in charge of creating the petition asking for MISD to change the name of Robert E. Lee high school. He believes the time for that change is now.

"The world is really opening their eyes to the idea of racial inequality and institutional racism. And right now the climate in the country is so that you know people are demanding change," Ratliff said.

Ratliff graduated from Lee back in 1996. He said that once he left Midland to go to college, he would be embarrassed to tell people where he went to high school. He doesn't want the next generation to experience those same feelings.

And this isn't the first time that Lee High School has been involved in a potential name change. Ratliff believes that the previous attempt failed for one reason.

"One of the reasons that was given for why it didn’t pass or why they didn’t seriously consider the matter is because they felt that the petition was not from the people who actually live in Midland," Ratliff said.

As a Lee graduate, Ratliff believes that will change this time around. His first step is to make contact with the MISD board and Superintendent Orlando Riddick.

"I believe the next step is just making contact with the school board, with Superintendent Riddick and find out exactly what will it take for you guys to look at this and to consider this seriously," Ratliff said.

But not everyone agrees with this petition. There is another petition going around with hopes that the school board will keep the Lee High School name.

Bruce Carter doesn't believe that simply renaming a high school will do enough for the racial inequality we are currently facing.

"While we're all outraged about what happened to George Floyd, renaming a high school will do nothing to resolve that problem. The problem is systemic racism and that's going to take generations of people working hard to talk with and to get to know members of other races and practicing good diverse behavior," Carter said.

"I don’t ever wanna be in a situation where I only talk with the people who agree with me. That’s not productive to getting anything done in society," Ratliff said.

Midland family protests together for equality