Over 50 vehicles participated in a Labor Day parade through downtown Odessa on September 7. 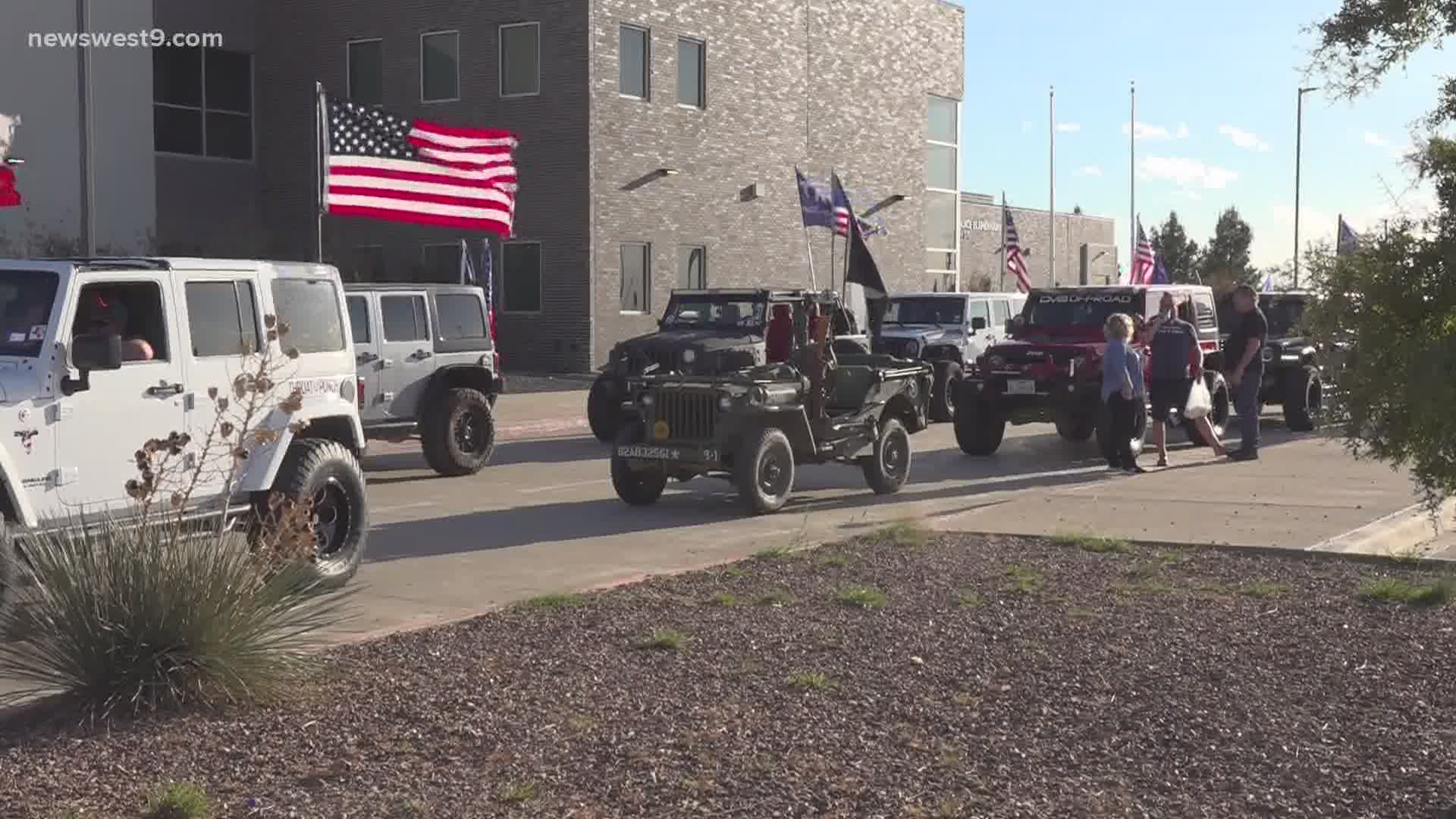 ODESSA, Texas — Labor Day has come and gone, but to commemorate and honor the men and women working on this labor day, a group of people set out on a Labor Day parade not just to celebrate the holiday, but to also encourage unity.

Multiple groups, including the Texas Tactical Jeep Club, helped put the parade together to celebrate the country.

"We’re out here showing support for our country, for each other, and for our president. I think whenever you’ve got so much negativity and bad going on in the world and so many people that don’t know each other can come together and share something positive and turn it into more positivity, I think it’s great," Tess Talley, one of the parade's organizers said.

The support isn't just for people in Texas but all across the country.

They said that no matter where you come from, they were going to support you.

"We all have decisions to make. You can make your own decision and we support every flag. We support each other for flying those flags. There’s no hate towards each other and that’s the way that it should be like do what you wanna do just do it with common sense," Talley said.

Not only will they support you, but they will also respect you and allow you to express who you are.

"You know we don’t have to hate each other for it. It’s just about being respectful towards each other and giving each other the space to express what you want and whatever flag you want to fly today," Anzures said.