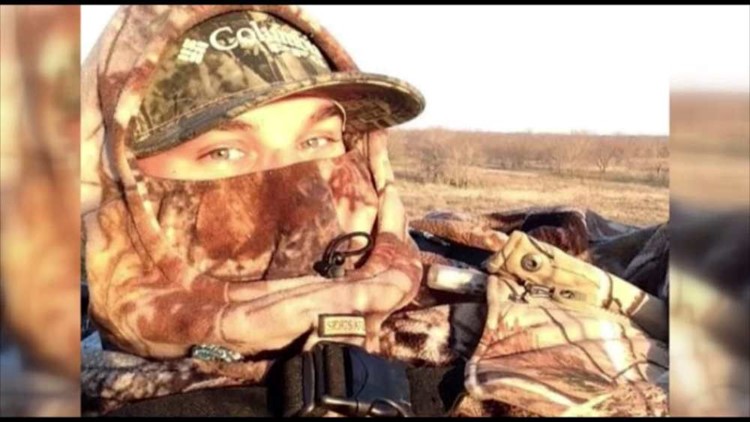 A Kilgore man went missing in Brewster county after going on a hunting trip with a co-worker. He was last seen in Alpine at the end of October. His sister Kara Sands says that his co-worker returned, but without her brother.
Author:
Published: 2:32 AM CST December 4, 2014
Updated: 4:55 AM CDT July 21, 2018
Zora Asberry
NewsWest 9

BREWSTER COUNTY - A Kilgore man went missing in Brewster county after going on a hunting trip with a co-worker. He was last seen in Alpine at the end of October. His sister Kara Sands says that his co-worker returned, but without her brother. She is in Alpine trying to find any sign of him while county Sheriffs are currently investigating the case.

"According to his phone records, his last contact was October 31st early morning," said Kara Sands.

Trey's family hadn't officially found out that he had gone missing until Monday, December 1st, when a friend of his noticed that his truck was suddenly gone.

"Trey left his truck at home, and at some point Trey's truck just left. So Ross I think assumed that Trey came and got his truck," said Kara Sands.

"When I came back and his truck was gone, I had just figured he had came and got it," said close friend Ross Edmonds.

"The guy he went hunting with said he stayed down there with some girl," said Kara Sands.

"I can't say who he went hunting with, but I don't trust him," said Ross Edmonds.

His sister left for Alpine as a soon as she could to start the search for her younger brother Trey.

"He had his dog Gage with him and they found Gage last night.We went and got him, and that's bittersweet because we love having Gage, but we know Trey would have never left him," said Kara Sands.

Brewster County Sheriff's Department is in full force searching for Trey and any suspect who may know of his whereabouts.

"The Sheriff's Department has been doing all they can, and Texas Rangers came in. Everybody's working hard I now that," said Ross Edmonds.

"They've been working really hard to find out where my brother is, and what happened to Trey."

The case is still under investigation and the family says that they cannot release any more information at this time, but officials are doing they best they can to find Trey Sands.

"I just want to find him and take him home..," said Kara Sands.