Both Hot Summer Nights and Summer Sunday Lawn Concerts have canceled or postponed the concert dates. 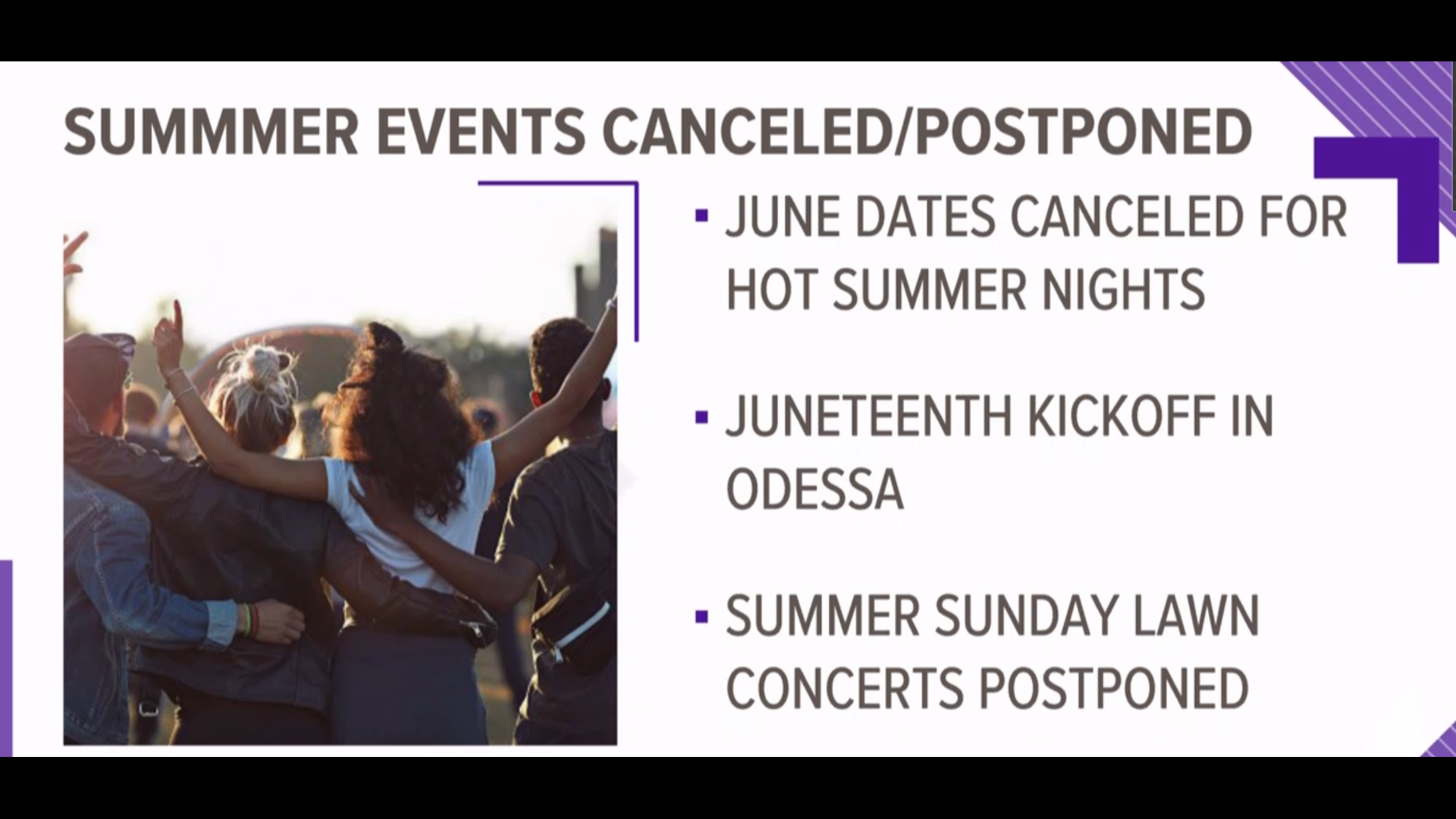 ODESSA, Texas — In the midst of the COVID-19 pandemic, many cities and organizations have made the hard decision to cancel events in the interest of public safety,

Odessa has already canceled the Firecracker Fandango celebration on July 4, and other events are following that lead.

On May 4, Odessa Arts announced it has cancelled the June dates for Hot Summer Nights.

The July dates are under review and the arts council says it will make an announcement in late May.

Hot Summer Nights showcases local musicians most Friday nights during the summer at the Noel Plaza.

“The cultural community has been in close contact throughout the COVID-19 pandemic and discussions about large gatherings have been at the forefront of each conversation,” said Randy Ham, Odessa Arts Executive Director.

“Even as the State of Texas begins the reopening process, it is clear that gatherings of more that 10 people will still be problematic logistically, financially, and most importantly, safety-wise," Ham said.

Additionally, Midland's Summer Sunday Lawn Concerts at the Museum of the Southwest have also made programming changes.

The concerts scheduled for June and July have been moved to late July and early August at the latest.

These events also showcase local musicians almost every Sunday at the museum.

“It’s important that our patrons and our staff remain healthy and safe. We are certainly eager to resume programming, however, our lawn concerts attract about 1,000 people to our front lawn. Right now that would be inconsistent with efforts to reducing community spread," said Dan Eck, Museum of the Southwest Executive Director.

The Museum is currently still closed, though the farmers market plans to return on May 9.