Prosecutors originally asked for $1.4 million in restitution for Houston Dr. Chris Brann. By the end of the hearing, Brann's request had dropped to about $772,000. 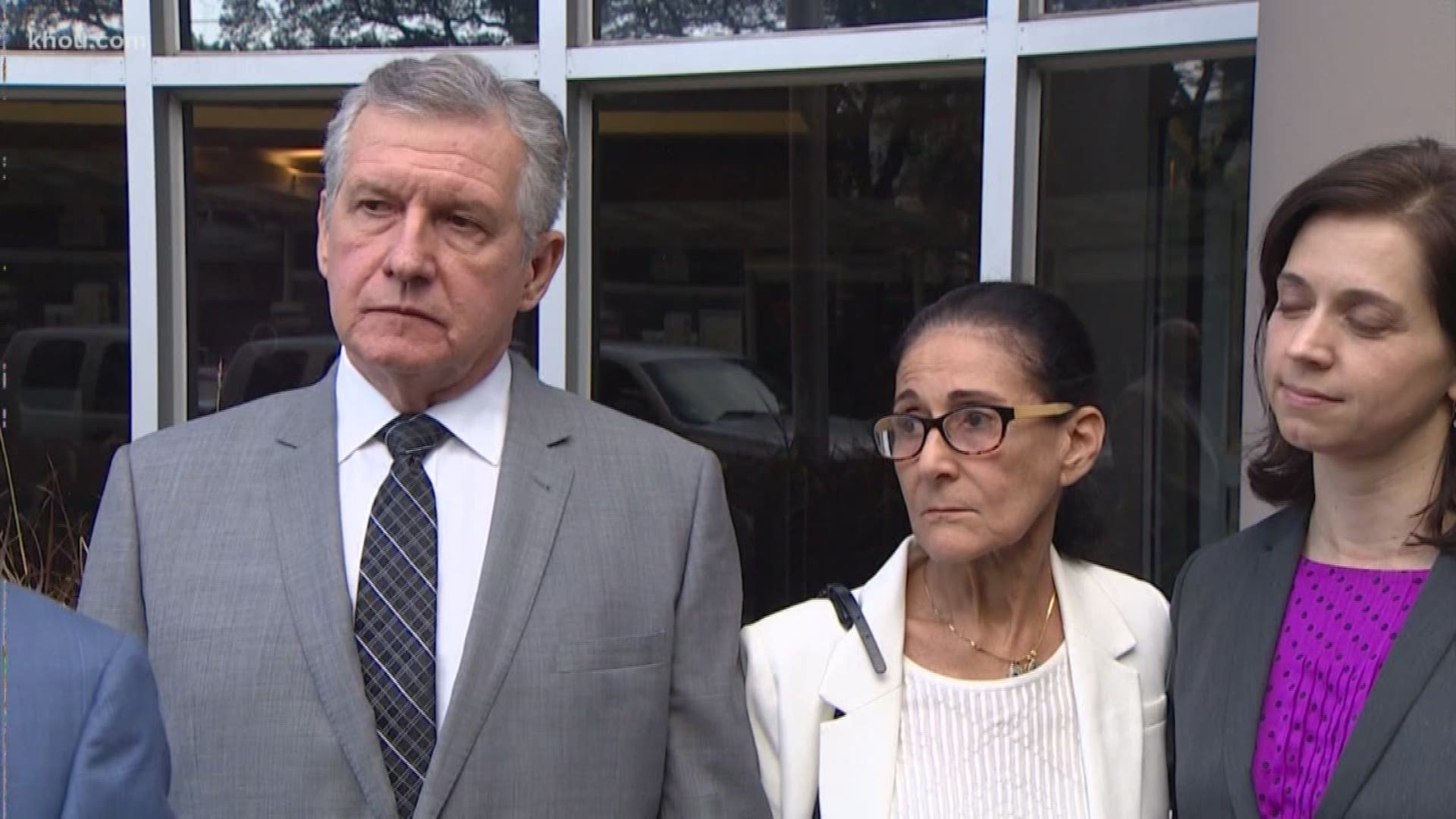 "They've asked for over a million dollars, so they're saying we want to put you in jail and then put their foot on your neck," said defense attorney Rusty Hardin.

RELATED: Fugitive mom breaks silence on son's kidnapping: 'I was in a situation of life and death'

RELATED: Timeline: A mother’s decision to kidnap her son

Prosecutors originally asked for $1.4 million in restitution for Houston Dr. Chris Brann. Brann has been fighting to get his son back to the U.S. after his ex-wife Marcelle abducted him to Brazil in 2013.

In May, a jury found Carlos and Jemima Guimaraes guilty of international parental kidnapping for helping their daughter keep him there. Brann wants reimbursement for his numerous trips to Brazil, lost wages and attorney's fees.

"He just estimated something that's totally a lie," Hardin said.

Defense attorneys managed to poke holes in prosecutor's math. By the end of the hearing, Brann's request had dropped to about $772,000. He chose not to answer questions after the hearing.

"What the government did by coming in here asking for $1.4 million with a bunch of made up stuff, and fabricated misleading stuff, they ought to be ashamed of themselves," said Wayne Dolcefino.

Dolcefino represents Nico's mother Marcelle Guimaraes. He says none of this will get Dr. Brann closer to having his son returned.

"It's time for everyone to figure out how you share custody of this child, but he stay in Brazil," Dolcefino said.

It's not clear when the judge will make his final decision. As soon as he does, Carlos and Jemima Guimaraes will report to federal prison in Houston to begin their serving their sentences.