The event is held for the homeless in the area. 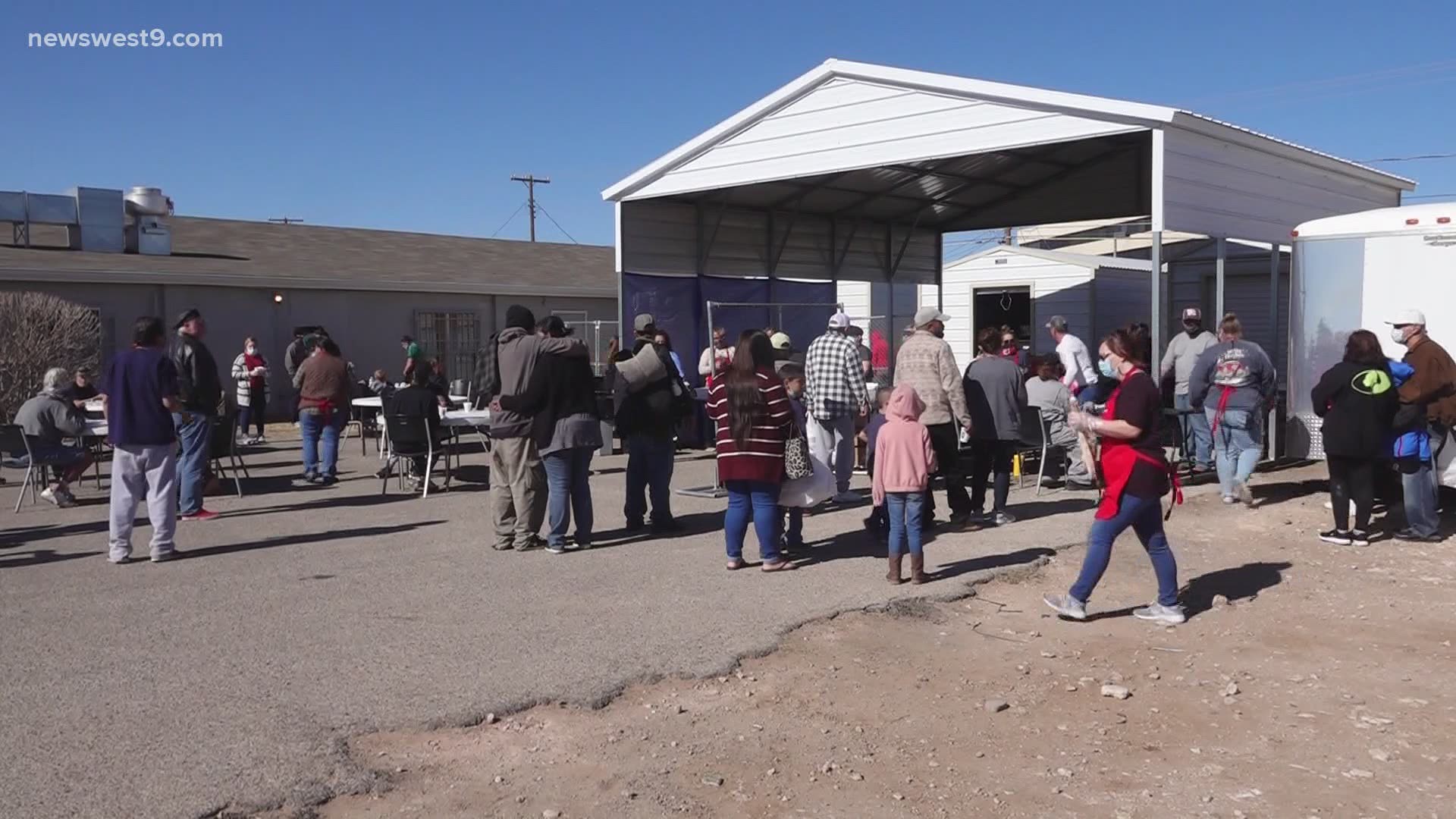 ODESSA, Texas — Jesus House Odessa held their first annual season of warmth Luncheon for the homeless in the area.

Meals were handed out for free to help these people make it through the winter months.

On top of meals, other supplies like jackets, thermals, sleeping bags and tents were given to them as well.

"Our mission is to make sure no one dies through the winter season," says Elisha Ramirez, the director of the men's facility at Jesus House Odessa. "We have built relationships with these people and we want to make sure they are able to survive."

Volunteers at the event were surprised by the number of people that showed up to the event. The Pandemic hurt the amount of families that would show up typically  to come help.

"We don't want to see anyone perish," Ramirez says. "We had one person die a couple years ago - he froze to death on the street and it tore us, it broke us."