The medical examiner ruled cause of death as a cerebral air embolism, meaning an air bubble found its way into an artery and traveled to her brain. 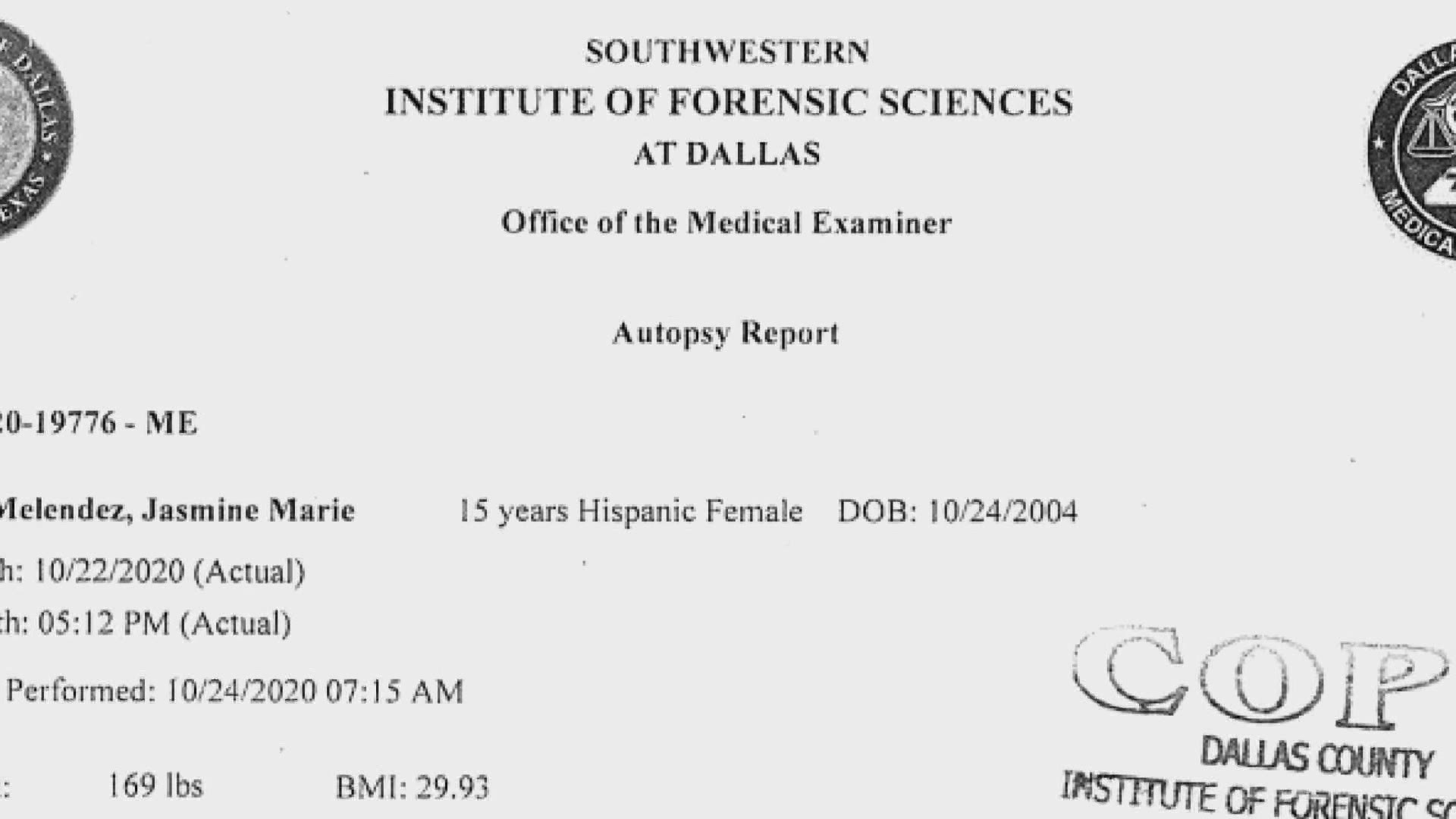 MIDLAND, Texas — An autopsy report is revealing new details into the death of 15-year-old Jasmine Melendez. It has been signed and verified by Medical Examiner Stephen Hastings. A copy of the report was released to NewsWest 9 by Dallas County.

Melendez is the Midland High School softball player who mysteriously died in October. The medical examiner has ruled Melendez's death as “accidental,” according to the report.

It also reveals very intimate details into the circumstances of young Jasmine’s death. Because of her age and manner in which she died, we will not disclose every single detail of the report.

The medical examiner ruled cause of death as a cerebral air embolism, meaning an air bubble found its way into an artery and traveled to her brain. The report states Melendez was unresponsive before her death and there was evidence of attempted resuscitation.

Extended family have stated they believed the young girl was assaulted before she died. The autopsy report shows no evidence of assault or non-consensual sex.

NewsWest 9 has been in touch with the Melendez family attorney, Zeke Fortenberry, who at the time did not have a copy of the autopsy report. NewsWest 9 provided the report to Fortenberry for review.

Fortenberry provided a statement, saying: "The preliminary autopsy report released to the media does not tell the whole story of Jasmine’s death. We continue to wait for the full and final peer-reviewed autopsy report, as well as findings of the ongoing police investigation. We believe that additional information will reveal that the manner of jasmine's death was not an accident."

We spoke with the Dallas County Medical Examiner’s Office over the phone Wednesday afternoon. They say the autopsy reported released by NewsWest 9 is not preliminary-it is final. A peer review or second opinion is up to the Justice of the Peace in Midland County.