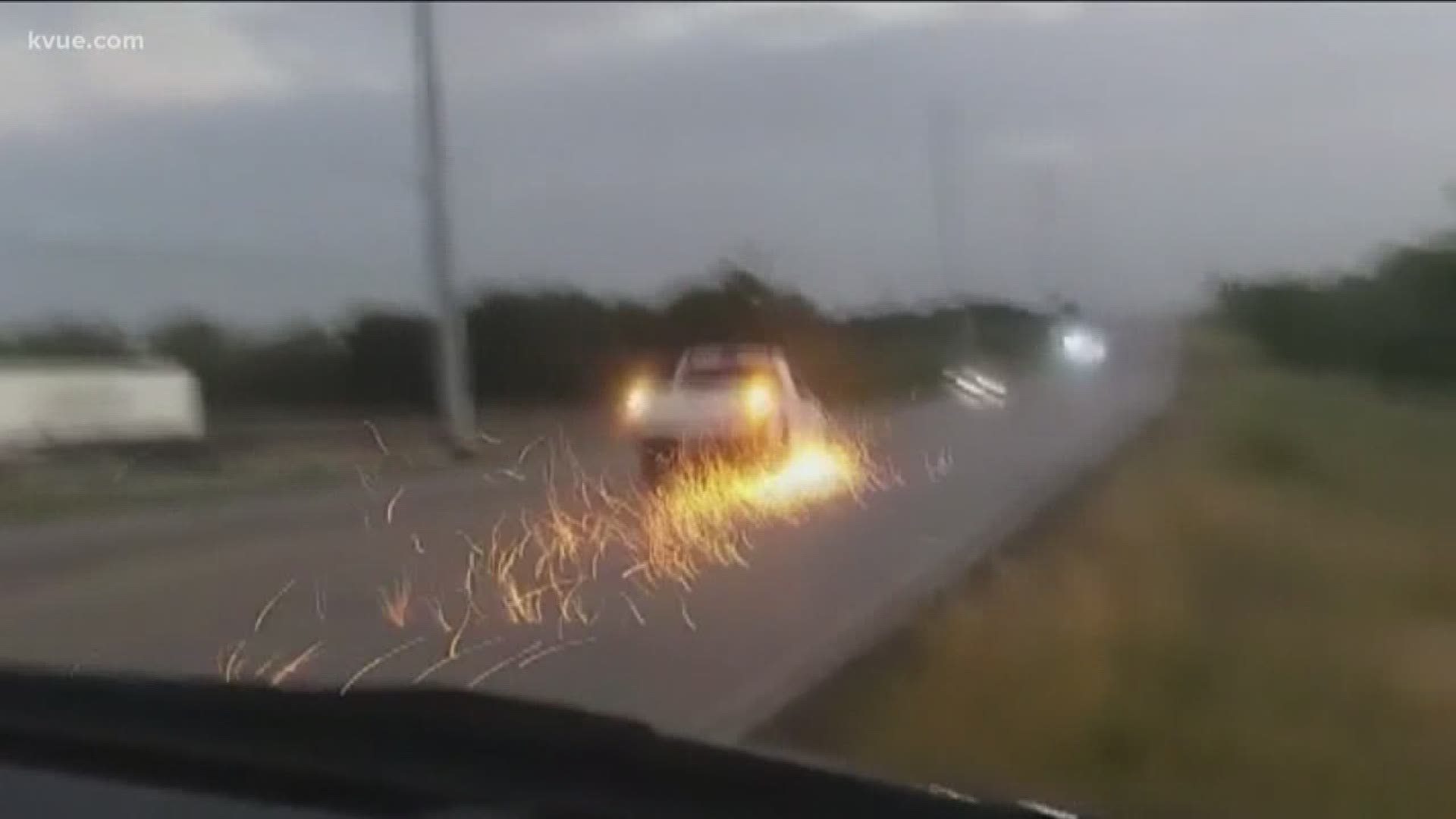 GEORGETOWN, Texas — Note: The above video is from a separate, high-speed chase in East Austin.

A man was arrested on Sunday night after leading Georgetown police on a pursuit, ramming a police car and another vehicle in the process.

The incident began when Yoemi Vergara Martinez, 32, allegedly harassed customers at the Dos Salsas restaurant at 1104 S. Main St. while intoxicated, fighting with staff when asked to leave.

When police arrived, he fled in a pickup truck, Georgetown Police said.

Officers deployed tire deflation devices, rendering all of Martinez’s tires flat, but he reportedly continued to drive on before coming to a stop in the 100 block of E. University.

While officers were preparing to arrest Martinez, he allegedly accelerated, striking a police car and pushing it into another occupied vehicle before taking off. The occupants of the other vehicle were not injured.

Police were eventually able to box in Martinez in the 2500 block of Highway 29.

Police said Martinez tried to fight with officers, and pepperball systems and a Taser were used to take him into custody.

He was taken to St. David’s Hospital for a health check before being booked into the Williamson County Jail.

He is facing several pending charges, including assault causing bodily injury, aggravated assault with a deadly weapon, resisting arrest and evading arrest with a vehicle.