I-27 could be expanding through the Permian Basin

MOTRAN will present the highway extension plan to the Ector County Commissioner's Court on Tuesday. 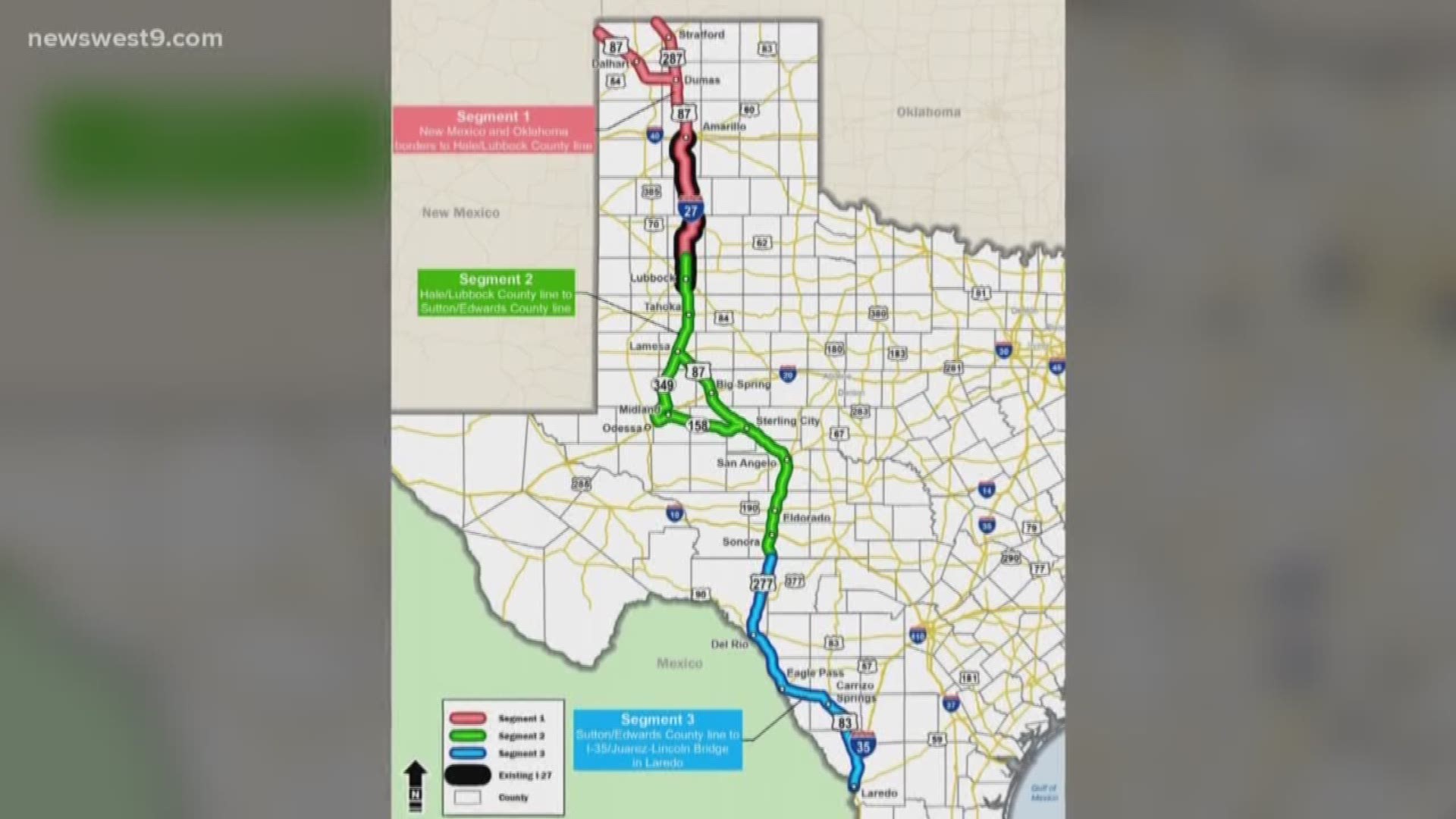 TEXAS, USA — The Ector County Commissioner's Court will hear a presentation on Tuesday from MOTRAN on the possibility for an extension of I-27 through the Permian Basin.

I-27 currently only connects Lubbock to Amarillo, but could be expanded through the Permian Basin provided that it receives approval from local officials like the Ector County Commissioner's Court.

The extension would come as a result of the passage of Texas House Bill 1079 last year, which created the Ports-to-Plains feasibility study.

The study is in the process of determining the potential costs and logistics of creating a four-lane highway throughout the Ports-to-Plains corridor.

The Ports-to-Plains Corridor is a series of highways which initially connected Laredo to Denver, CO, but now make up a larger network linking the Canadian province of Alberta to Atlantic and Pacific ports in Mexico.

Three segments have been established along the corridor in Texas, each represented by various municipal, county, and state representatives.

The study is currently scheduled to be submitted to the state on the first day of 2021.

Home - Ports-to-Plains Alliance
The business, government, and organizational members of the Ports to Plains Alliance which supports highway and related development for North American shipping.
Portstoplains

RELATED: MOTRAN conducting study to work towards public WiFi in the Permian Basin