"We’re just having a really big problem with dumping. I don’t know if it’s because people are moving and they can’t take the animals with them, but it’s worse now." 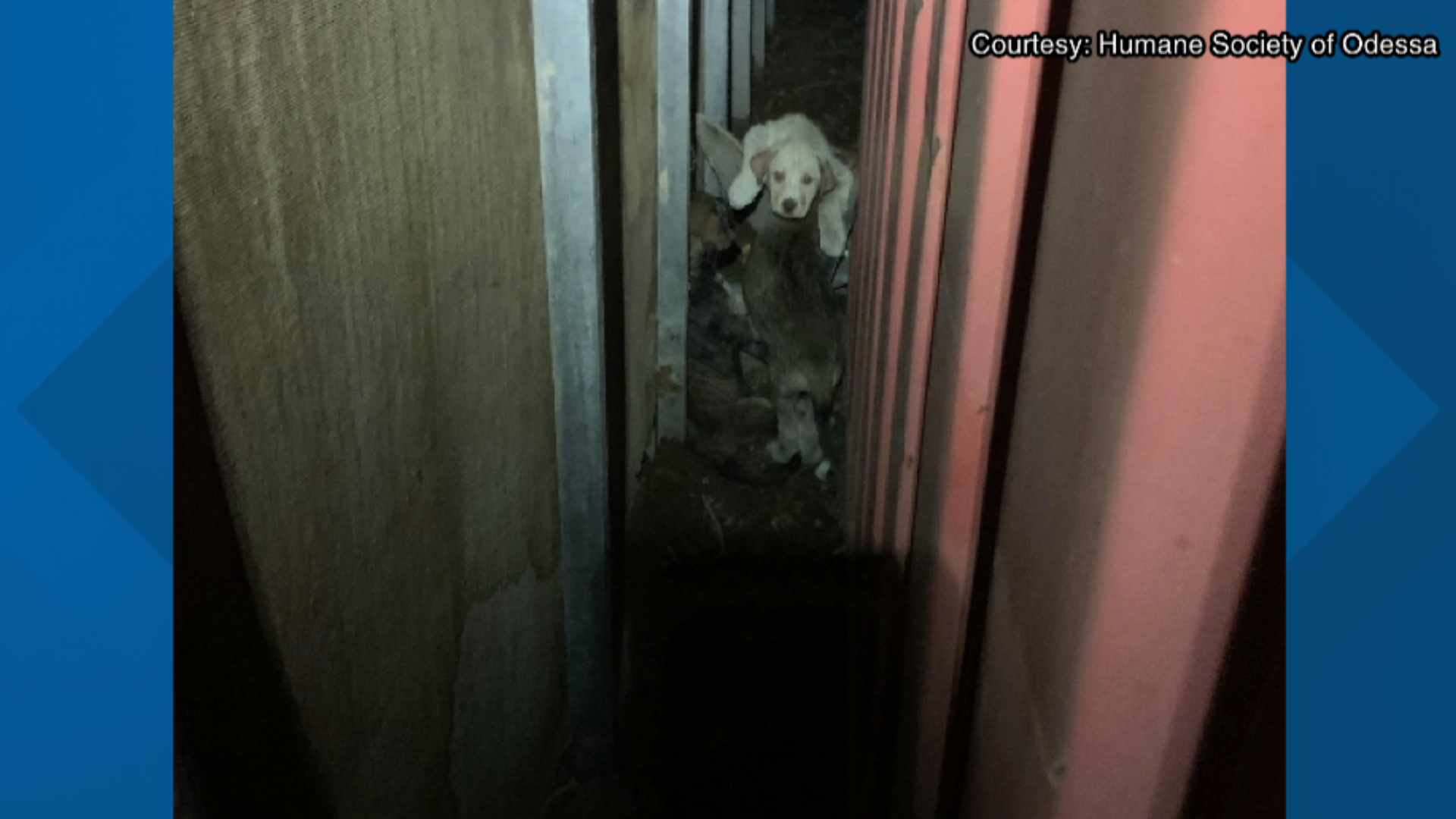 ODESSA, Texas — Unwanted puppies and dogs, dumped and left to fend for themselves. It's a growing problem in Odessa.

The Humane Society of Odessa said more and more dogs are being illegally dumped and left in horrible conditions.

Not only that, but they say it's compounding another problem: overcrowding the shelters.

"All the rescues are full right now," Heather Silvia, director of the Humane Society of Odessa, said. "I mean it’s a big problem because there’s only so much that the rescues can hold and can withstand. And same with animal control and with us. We have a limit, and we’re at our limit."

However, dumping dogs is also illegal.

"It is illegal to dump, and it is illegal to dump on our premises," Silvia said. "It’s dangerous for the animals because a lot of times they come from households that take care of them, feed them, you know water them, and when you leave them out on the streets they can’t fend for themselves."

Not only is dumping dogs illegal, the overcrowding can lead to the spread of dangerous diseases such as parvo and mange.

"It’s been ongoing for a while, but now it’s more that they’re dumping sick animals you know," Silvia said. "There’s a lot more of the parvo and distemper going around and so a lot of the animals being dumped on us are sick already when they are dumped."

Silvia said that rescues are here to help, but dumping isn't the way to go about it.

"A lot of times rescues are willing to help," Silvia said. "They just need time to find fosters, they need time to make space for that animal so don’t just pick it up and rescue says no and then you go dump it on the side of the road or throw it over our fence."

The last few weeks have been especially difficult for the Humane Society. A few of the puppies that had been dumped recently were taken to the vet for parvo and mange. According to Silvia, the puppies are expected to be discharged on July 12, but the Humane Society is still asking for donations for the vet bills.

For more information on the Humane Society of Odessa and how you can help them, click here.