The Foreman Family has certain restrictions, expectations and even a charging station in their kitchen to reduce the use of electronic devices in their home. 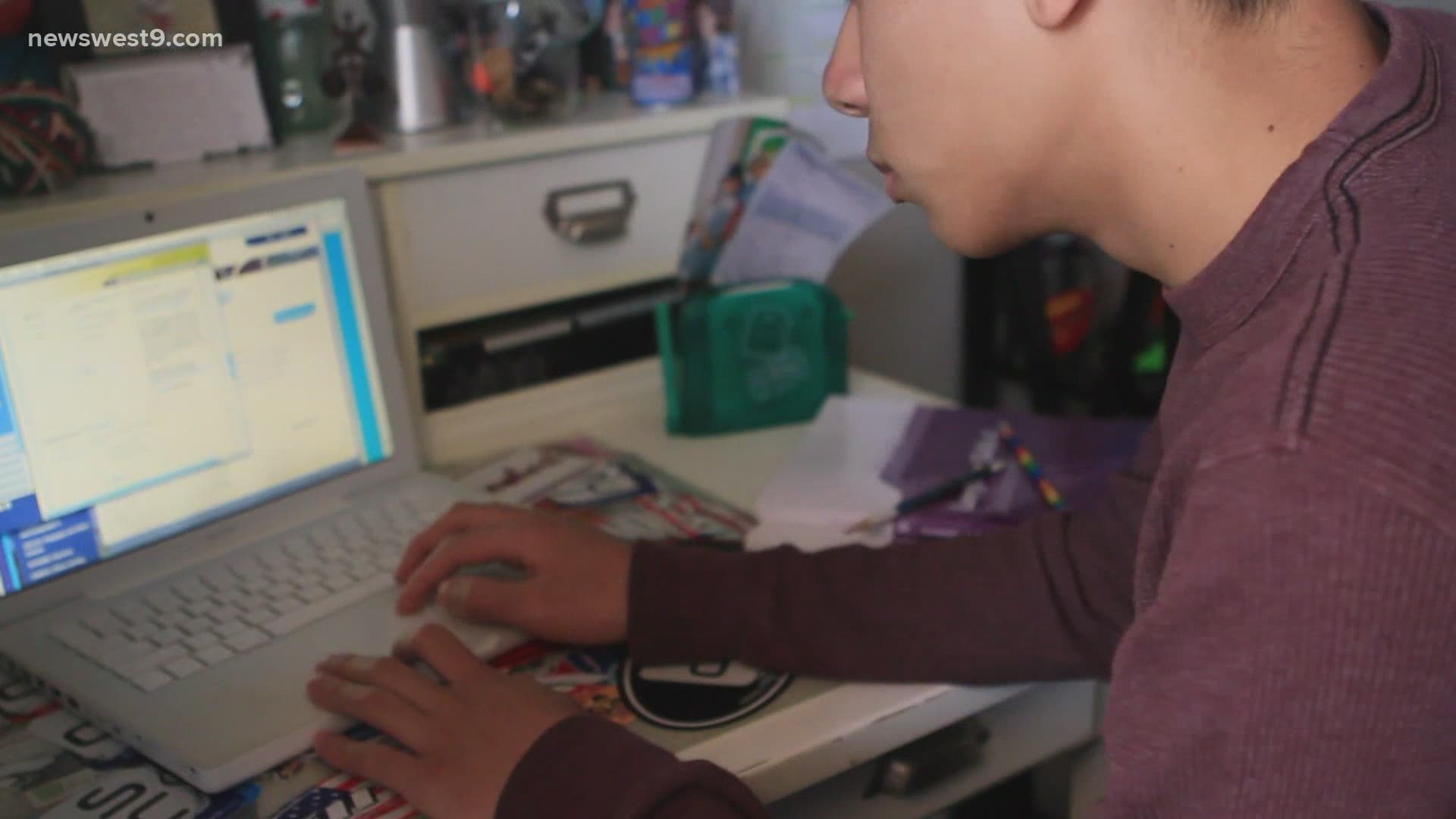 MIDLAND, Texas — Technology increasingly consumes our daily lives, and that's especially true for children and teens. From game systems to computers and phones, a lit up screen can really keep their attention.

However for the Foreman Family, they have established a way to not let too much screen time get the best of them.

"The way we do it now is just making sure we have scheduled breaks from our phones or devices," Christine Foreman said.

It's a practice that her 15-year-old son Camden is used to.

He enjoys playing video games like Rocket League, but he monitors his play time.

"I try not to stay on very long all the time and a lot of times I'm very busy too. It started off with maybe one or two hours or maybe an hour, or maybe just in between when I'm working on homework or doing something else. When I'm finished with whatever I'm needing to do for the next day that's when I have the rest of the free time," he said.

Doctors do suggest children 5-17 should not spend more than two hours in front of a screen.

The Foreman Family has also reduced their use of electronics by installing a charging station in the kitchen. Since starting these different habits for the children to follow, she has noticed it's made a difference.

"We have been monitoring it loosely for a while, he's started to be more responsible and we don't have to keep much tabs on him.," says Christine Foreman.

As a piece of advice for parents, she stresses the fact that it doesn't always start off easy but will get better over time.

"A good starting point for families is to be aware that it's gonna be a challenge because kids are gonna try to do it as much as they want to and you just have to know what the healthy balance is and not be afraid to set expectations," she said.