The 40 veterans from the Korean and Vietnam wars had all been either POW or MIA during their service. 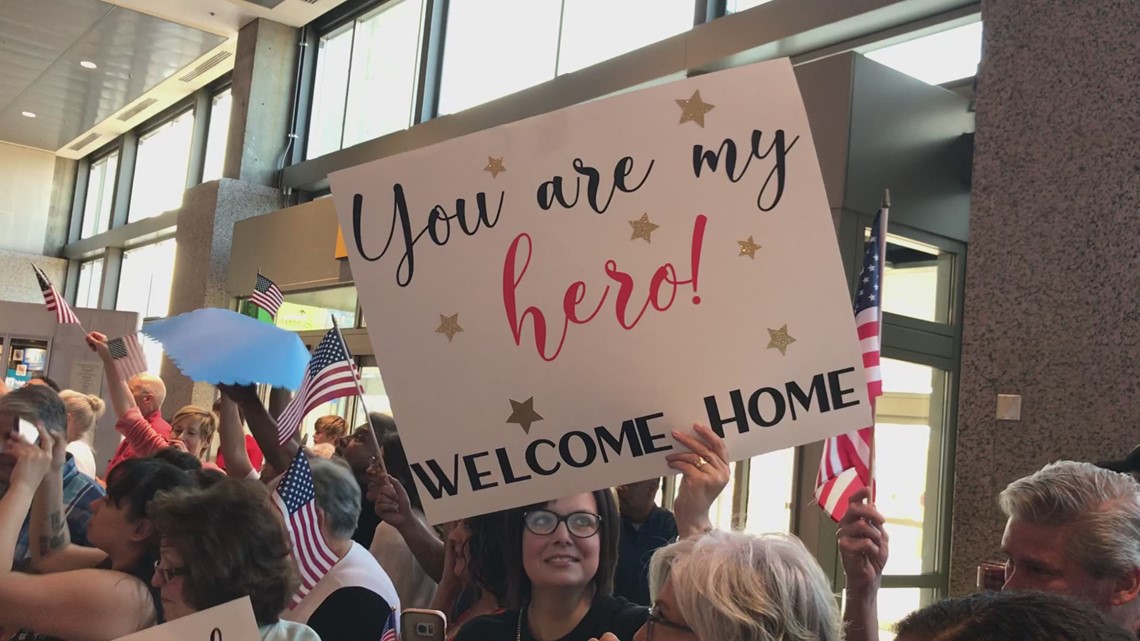 AUSTIN, Texas — It was a warm welcome for veterans returning to Austin from an Honor Flight to Washington D.C. on Saturday.

The approximately 40 veterans from the Korean and Vietnam wars had all been either POW or MIA during their service.

The special trip included POW Col. Thomas “Jerry” Curtis, who spent seven and a half years at the Hanoi prison camp, Austin-Bergstrom said on Twitter.

On Saturday, the veterans were welcomed back around 6:15 p.m. and were greeted with cheers and American flags.

The nonprofit Honor Flight Network was founded to enable aging veterans to visit the war memorials in Washington that are dedicated to their service.

The organization is funded completely from donations.

There are more flights from Austin to Washington scheduled for later this year.

'A horrific tragedy': SAPD says 3-yr-old dies after being left in car