Construction to narrow sidewalk at the ARCH begins Monday

The construction is part of a resolution passed in October 2017 to redesign operations and services at the homeless shelter. 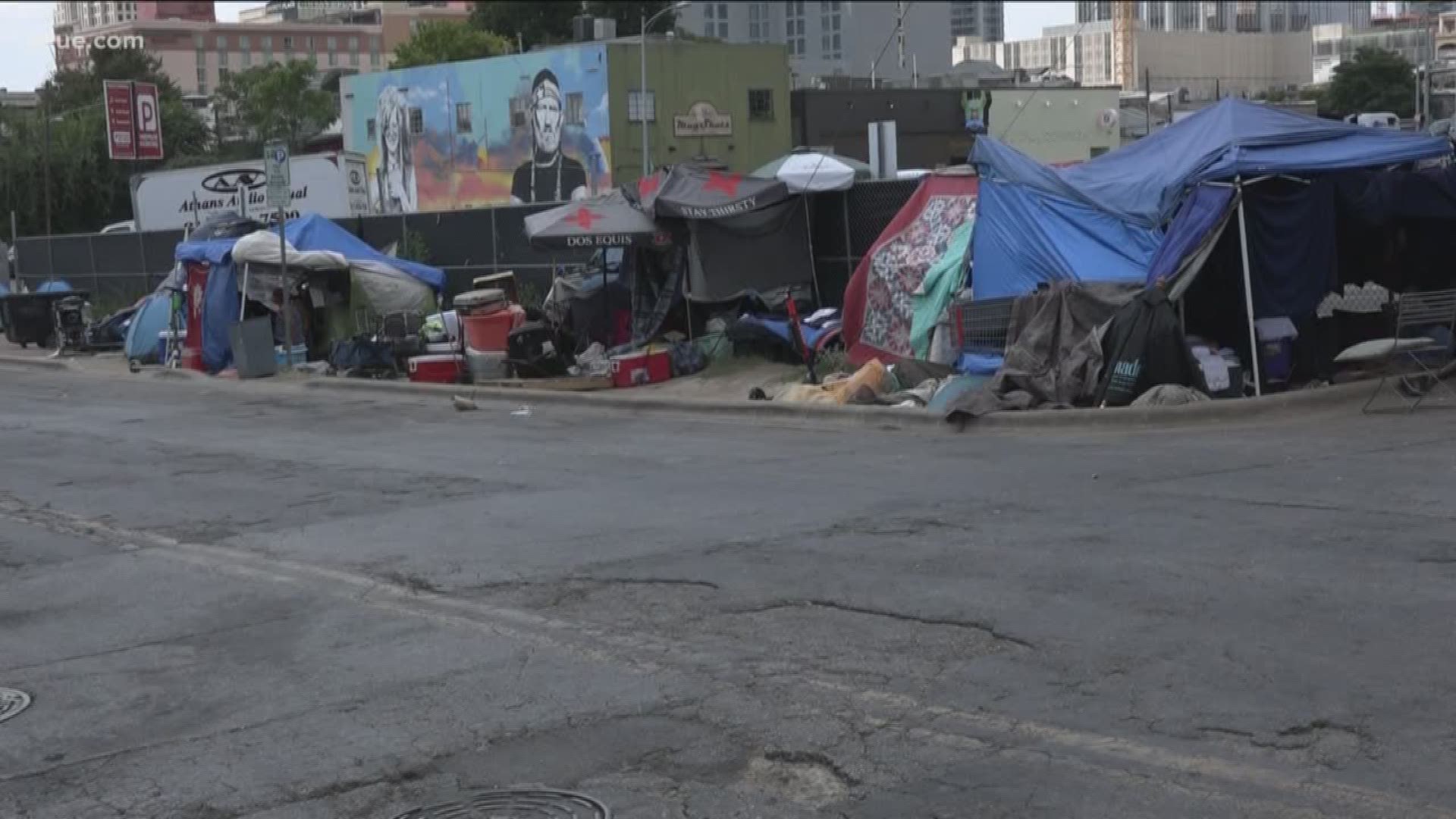 AUSTIN, Texas — Construction is underway to narrow the sidewalk surrounding the Austin Resource Center for the Homeless (ARCH) downtown.

The construction is part of a resolution passed in October 2017 to redesign the operations and services at the shelter. A new contract with Front Steps regarding operations at the shelter began on April 1, 2019, with an understanding that changes would take place over a transition period of several months.

According to the City of Austin, the project includes reconfiguration of part of the existing sidewalk at the following locations:

Construction is scheduled to begin on Sept. 16, with estimations that it will last two weeks. Neches and Seventh streets will undergo construction at separate times. The process will not block access to the shelter or the clinic, city leaders said.

Portions of both sidewalk sections will be replaced with crushed granite, similar to the layout outside the Salvation Army. The City said at least six feet of existing sidewalk will remain along each portion to ensure mobility access.

The change comes as an effort by the City to make the area safer.

Greg McCormack, executive director of Front Steps, the organization that manages the ARCH, expressed concern for employees and clients.

"Individuals who are coming in for services need a safe passage to come through and we think this change will help that," said McCormack.

He adds that the area outside the shelter has seen an increase in loitering since city council relaxed its public sitting and camping ordinances.

"We have seen a few more people outside our shelter," he said. "We've seen a little more permanency in the tents that have come up. Luckily, it hasn't resulted in any more violence or problems for us."

Other improvements for the facility, which have already been completed or are planned to over the next year, include:

The project is estimated to cost $54,000 and construction will take place Monday through Fridays, 10 a.m. to 3 p.m.

Man dies in crash after fleeing from Taylor police