The voter-approved camping ban is set to begin this Tuesday. 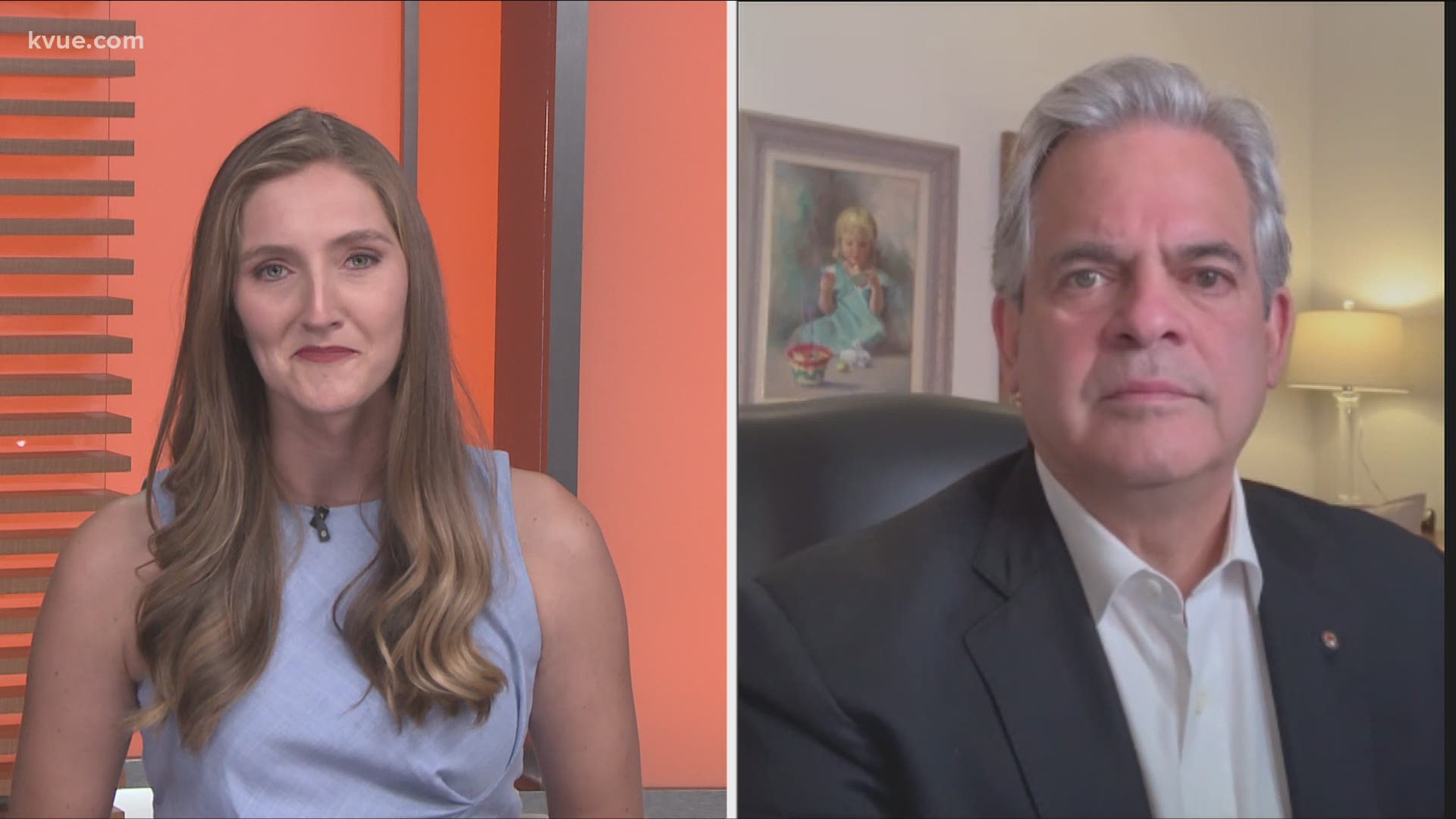 AUSTIN, Texas — Editor's note: On Monday afternoon, the City of Austin released a four-phase plan for enforcement of the ban.

It's a big week in the City of Austin.

On Tuesday, a voter-approved camping ban will start to take effect. However, the enforcement plan is still unclear.

Tori Larned: The homeless camp removal process is supposed to start tomorrow. What area is the City going to start with and which department is tasked with this?

Adler: Well, as the city manager that has both the authority and the responsibility to enforce the new ordinance, council's made clear we expect it to be enforced, as did the community. And the manager issued some statements last week saying that he was going to do that -- was going to do it in a human humane way. My understanding is that he's coordinating with the police chief and with his homeless chief. And I expect him to come to the community today or tomorrow to say how he intends to do this.

Larned: What is the clearing process going to look like and how long is it going to take?

Adler: No, I think that's what the council and the community, they're asking the manager to step forward and tell us, because everyone in this election made it pretty clear that we want people out of tents and we expect that to happen. I do think it's good we're going to do this in a humane way. But exactly what the manager has in mind yet he hasn't told us.

Larned: City council is considering new camp spaces to temporarily relocate the homeless. Which areas for these camps have you considered?

Adler: We're trying to give the manager as many tools as we can. The concept of a sanctioned camping area. It's really hasn't worked in other cities, which is why it was something that our staff rejected two years ago. But the council had a resolution last week, asked the manager to reconsider that and take another look at that under the change conditions that we have right now and to see whether or not that makes more sense now. We've asked him to come forward with what that kind of plan would look like if it were implemented.

Larned: Let's move onto Austin Police Department's cadet classes. They got the green light to begin next month. However, we've reported that morale is low and officers are retiring or leaving. Has that hurt recruitment efforts?

Adler: You know, my understanding is we're going to have a strong class in this cadet class, something I was advocating to see in the last year. There was a lot of work to be done to make sure that this class actually represented really the values of the community, changing things like videos to make sure that the perpetrator of offensive academy video, were less often people of color, but lots of changes like that. Those changes are now being made to be incorporated in this new class. We're going to treat it as a pilot. We're going to have folks watching it to try and make it better. But we need the class in order to get more folks out on the street.

Larned: What specific changes to the academy curriculum stood out to you?

Adler: Well, you know, there were really 23 specific changes that came from the financial consultant taking in all the work. But I think that the main difference is, is that the academy now is designed to treat its mission of our police officers as guardians as opposed to warriors. And that just makes a different choice when you're dealing with things like de-escalation, whether you're talking about dealing with the community. We have some absolutely wonderful police officers in our ranks, which is why our city police officers, more than anyone else, get the cream of the crop. And I think that while this conversation is happening nationally, Austin is actually moving forward on this. And I think we're going to set some sort of some national best practices.

RELATED: Are Austin police’s cadets trained to be ‘warriors’ or ‘guardians’?

Larned: As we get close to summer, more people are socializing and larger event spaces are starting to hold conventions again. Is this too much too fast or do you feel we have that leniency now due to vaccinations and declining COVID-19 numbers?

Adler: Well, I think that the fact that our community is really leaning into the vaccines is a really good thing. When you look at what's happening from the CDC in terms of the scientific direction, the doctors of the data, together with our own Dr. (Mark) Escott, we're going to follow that data and that science. And what it's telling us is, is that now with the vaccine levels reaching where they are, there's a lot more flexibility that we can have outside. Certainly, people in really big gatherings still need to be wearing their masks, even outside. But as we get more vaccines, the rules will be changing. Our numbers continue to come down. In Austin, we have a mortality rate that is less than half of even the state average and the federal average. So the policies that we've been doing here locally have really been working. We've been following the doctors and the data, we're going to continue to do that.

Monica's Law: How a tragedy changed the protective order search process in Texas