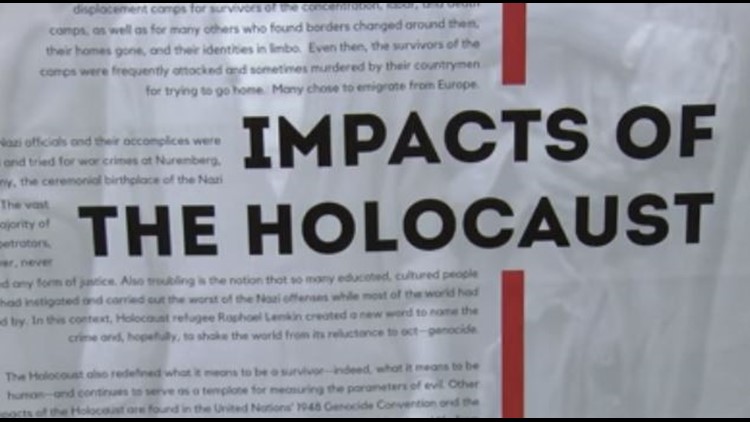 MIDLAND, TX (KWES) - Thursday afternoon, Chaja Vereer stepped in front of a podium to share her story with close to 100 people.

In addition to sharing her story, Vereer got the chance to thank a group of Texas World War II veterans.

The veterans all played a part in the liberation of concentration camps in Germany during World War II.

“You think that I got good meals all the time? It was whatever meal the women in the camp would scrape up for us,” said Vereer as she recalled her days in the concentration camps before being liberated.

The woman was part of a group of 51 children that were captured after going into hiding.

Vereer believes that the story goes much deeper than Frank’s family and believes everyone’s story deserves to be told, including hers.

“But we all... all the other survived but nobody knew our stories,” she said speaking about herself and the other children she was kept with.

Thanking the men for the impact they made on people’s lives was a chance that Vereer is very thankful for.

“We were so grateful that we were liberated,” Vereer said with a smile on his face.

The Texas liberators ceremony may have only lasted a few hours today, but the connections made will last more than a lifetime.