Have you seen him? 5-year-old boy reported missing in southwest Houston

Samuel Olson, 5, was last seen leaving the 8800 block of McAvoy Drive Thursday, May 27, heading in an unknown direction. 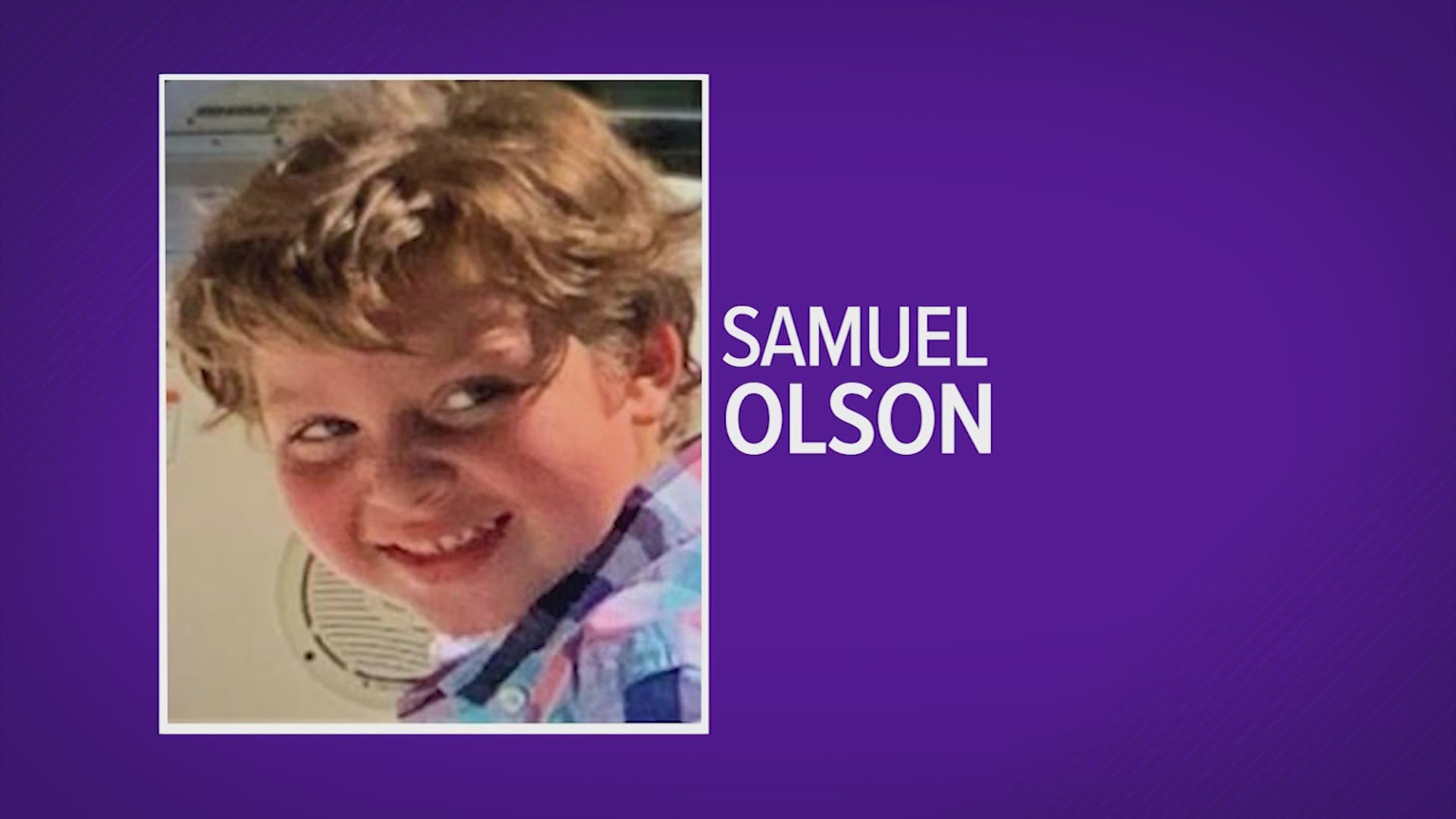 HOUSTON — 6/1: The body of a child believed to be Samuel was found in a Jasper motel room after police there received a Crime Stoppers tip. Theresa Balboa was taken into custody and charged with tampering with evidence.

Houston police are searching for a missing 5-year-old who was last seen in southwest Houston on Thursday, May 27.

Samuel Olson, 5, was leaving the 8800 block of McAvoy Drive heading in an unknown direction.

He was wearing a gray t-shirt with a red Kool-Aid man on front, jean shorts and white "Buzz Light Year" tennis shoes.

Samuel is 3'9 and weighs 50 pounds. He has blue eyes and golden brown hair.

Any information concerning the missing child, Samuel Olson, should be referred to Houston Police Patrol at 713-884-3131 and/or Houston Police Missing Persons Division at 832-394-1840.