Hand sanitizer and heat could make a dangerous combination

While it's not likely, the West Texas heat and things like hand sanitizer and hairspray can cause your car to catch fire. 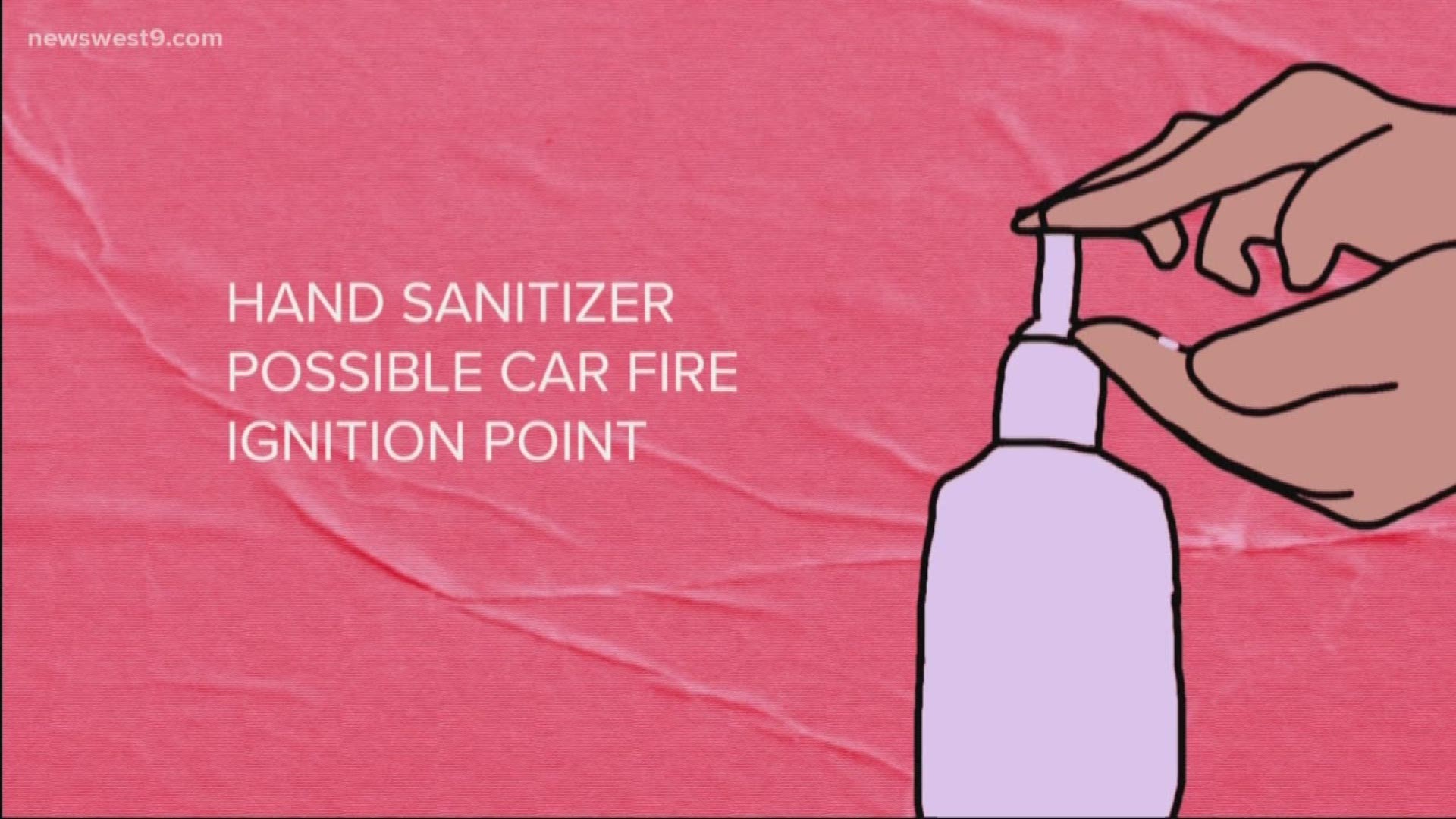 ODESSA, Texas — As temperatures heat up, the Odessa Fire Department is more aware now than ever of the dangers that can come from leaving hand sanitizer in your car.

This summer just about all of us are leaving home with hand sanitizer  at the ready.

That new necessity mixed with the West Texas heat is a potentially dangerous combination.

"Flashpoint those chemicals or the liquid will send some vapors and then with the ignition source which is heat it can catch fire," said Michelle Cervantes, a Fire Marshall with Odessa Fire Rescue.

Those vapors come from the alcohol base found in most sanitizers.

Leaving large amounts of it in a hot place, like your car, could spark a fire.

"80 degrees to 100 outside on average, if it's that hot outside, inside your vehicle with your windows rolled up and the car directly in the sunlight inside it can easily go from 130 to 170 degrees inside the car," said Cervantes.

So what's the risk of your car catching on fire? Odessa Fire and Rescue Fire Marshall Cervantes says its rare, but possible.

In fact, the department now investigates to rule out hand sanitizer as a possible ignition point at car fires.

She says storing high volumes and even some packing, like aerosol cans, make the sanitizer more likely to catch fire.

"You might even get the can to where it explodes, because its such a confined area in that can and then all of a sudden you have a fire inside of a vehicle," said Cervantes.

If you have a small travel size container, you should but fine but Fire Marshal Cervantes says its better to be safe than sorry.

VERIFY: Can hand sanitizer cause your car to catch fire?